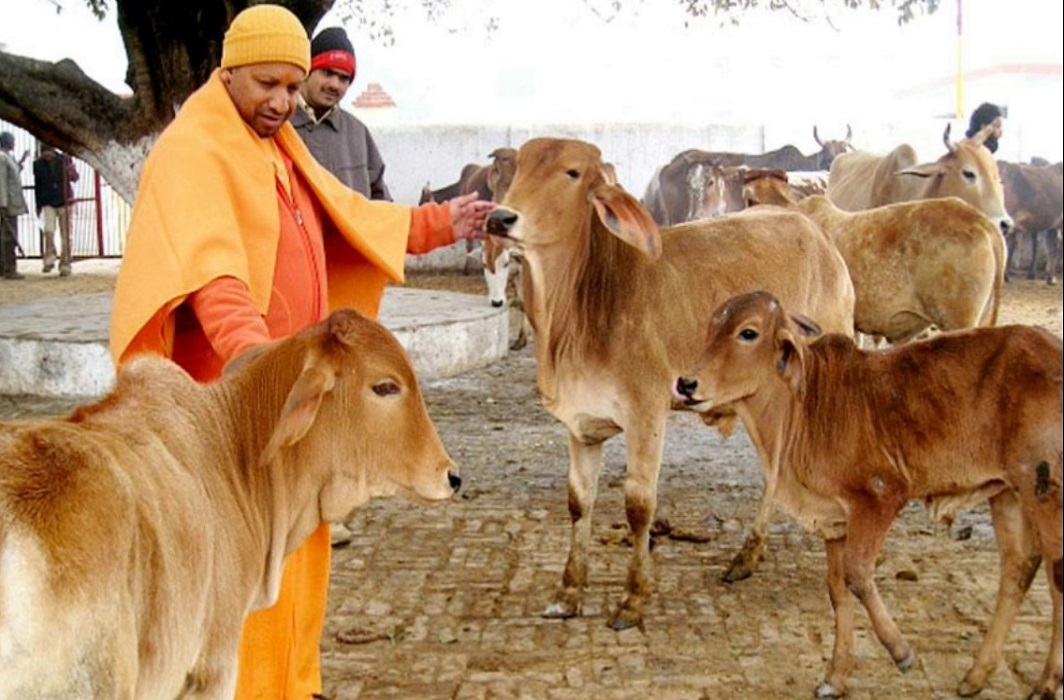 Uttar Pradesh Chief Minister Yogi Adityanath on Tuesday said the BJP ensured safety of cow, bulls, buffaloes and women in Uttar Pradesh. He also said all safe in Uttar Pradesh, where he is campaigning for the assembly polls next year.

Comparing ruling BJP with the previous SP-BSP govts in the Uttar Pradesh, Adityanath said before he came to power daughters, sisters, buffaloes and bulls were unsafe in Uttar Pradesh.

Yogi Adityanath was speaking at a party spokespersons workshop Lucknow headquarter of the rulling BJP.

Yogi Adityanath’s remarks come a day after the controversy erupted on Monday over his Abba Jaan dig at the previous Samajwadi Party government.

In a rally at Kushinagar on Monday, he accused the previous Samajwadi Party and the Bahujan Samaj Party govts for practicing appeasement politics. He claimed that only people who say Abba Jaan got rations in the Uttar Pradesh till the BJP took over the reins.

Abba Jaan is a term used mostly by Muslims for their fathers.

The comment with communal undertones were slammed by rival politicians and also called out on Twitter as communal.

Taking to Twitter, tweeple had alleged Yogi Adityanath for inciting communal violence in the poll-bound state using words like Abba Jaan. His Abba Jaan remarks have spiraled into a trend on Twitter on Monday which is still trending.

To counter his statement from Monday, the tweeple are continuously sharing memories with their fathers.

The Yogi Adityanath government, which won a huge majority in Uttar Pradesh on 2017, is looking for a second straight term next year.

Uttar Pradesh Assembly elections are due next year and the BJP is aiming to hold one of its important states.

In the 2017 Assembly elections, the BJP won a landslide 312 Assembly seats while the Samajwadi Party got 47 seats, and the BSP 19 and the Congress only 7 seats.

In other India News, The Trinamool Congress (TMC) nominated Sushmita Dev, who recently joined the party, to the upper house of Parliament.