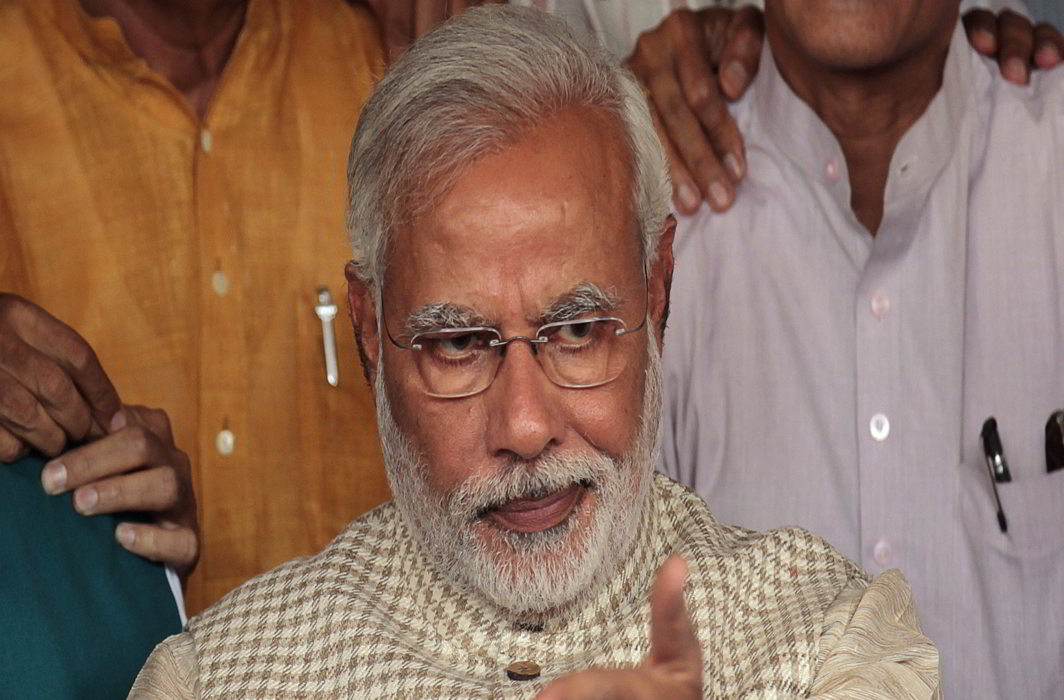 In a tweet reminiscent of senior Congress leader Mani Shankar Aiyar’s blunder during the Lok Sabha 2014 elections when he had mocked Narendra Modi for once being a tea-seller, the Indian Youth Congress on Tuesday repeated the gaffe by posting on Twitter a meme that mocked the Prime Minister’s ‘chaiwala’ past.

The tweet has now been deleted after the BJP used it to, as it did in 2014, launch a broadside against the Congress party for being “anti-poor” while leaders of the Congress and its youth wing have apologised for the meme and claimed that it was posted by volunteers and wasn’t officially sanctioned by the party.

Sincere apologies Raja Sir. As directed by you the tweet has been deleted.

Will ensure that the mistake does not happen again. https://t.co/lAEWkO5Ryi

Although the handle @Yuvadesh is being run by youth volunteers and not by @iyc ,we do not approve of such humour and apologise.
Despite political differences with the BJP & having suffered everyday abuse from their leaders, we respect the Prime Minister & all political opponents.

The tweet can be seen as a profoundly avoidable self-goal by the Congress party just at a time when it was seeing a perceptible revival of its political fortune in Gujarat – the home state of Narendra Modi – weeks before the state goes for its high-stakes Assembly elections.

A tweet can be deleted but not the mentality which brands masses as 'Cattle class' & 'Mango people'. They can’t fathom a ‘Chaiwala’ leading the nation. Gujarat Shall Answer!! pic.twitter.com/nEaalL50r4

Predictably, the BJP has turned the tables on the Congress by using the meme to charge the Grand Old Party with being “arrogant”, “anti-poor” and “classist”.

Although Narendra Modi has so far maintained a studied silence on the attack, the tweet triggered protests and counter-attacks from senior BJP leaders like Union ministers Ravi Shankar Prasad and JP Nadda and Gujarat chief minister Vijay Rupani. Given his style, Modi is expected to rake up the issue while campaigning in Gujarat – brandishing the meme as evidence of how the Congress has ‘insulted’ the pride of Gujarat and ‘humiliated’ the poor.

Evidently, those managing the content posted on the Yuva Desh twitter handle failed to learn anything from the blunder that Congress veteran Mani Shankar Aiyar had committed in the run up to the 2014 Lok Sabha elections. At a Congress function, Aiyar – known for his witty and often crude attacks against Modi – had told reporters that “if Modi wants, he can come here (at the venue of the function) and sell tea.” The comment was immediately picked up by Modi and the BJP to attack the Congress leadership during campaigning for the general elections and was believed to be one of the key reasons that gave the BJP a chance to project the Congress as a “classist and anti-poor” party before the masses.

The timing of the meme – coming as it does just weeks before Gujarat goes to polls for the first phase of its Assembly election due on December 9 – could not have been worse.

While scores of BJP leaders, their sympathizers and the saffron party’s IT cell chief Amit Malviya are known to have made far more obnoxious attacks on the Congress and its leaders through Twitter and public speeches, the Yuva Desh meme is something that the Congress could have avoided for two key reasons.

. @yuvadesh 's tweet was deplorable. So was @malviyamit 's tweet on Pt. Nehru. Did he apologize for his derogatory tweet on India's freedom hero & the first PM? Did media ask for an apology from the BJP? On the contrary, many BJP leaders supported that crass tweet. https://t.co/cQJoYoCE9Y

First, in recent months, the Congress – especially party vice president Rahul Gandhi – had emerged as a ‘star’ of sorts on Twitter with witty attacks against the BJP which unlike the tweets by saffron party leaders and sympathizers were largely based on facts or puns and not pure filth, abuse or threats. By raking up Modi’s ‘chaiwala’ past, the Congress has stooped to the same level as the BJP on social media, thereby endorsing the belief that ultimately the rhetoric of both the parties is not really different.

Secondly, and perhaps more importantly, the Congress lacks any leader that can take on Modi when it comes to political ‘spin-doctoring’ and street-smart campaigning. Modi is known to have used the worst of abuse and attacks hurled at him by the Congress – Sonia Gandhi’s ‘maut ka saudagar remark’ and Aiyar’s ‘he can come and sell tea here’ jibe being two such incidents – to his advantage; using them to project his humble, ‘garib ka beta’ beginnings.

Incidentally, the Yuva Desh meme came on a day when the Congress and other Opposition parties were hitting out at the BJP over the saffron party’s Bihar unit chief Nityanand Rai’s comment made in Patna wherein he had urged people to ‘break, and if needed, chop any finger or hand raised against Prime Minister Narendra Modi’. By posting a meme that mocks Modi for his humble past, the Congress has shown that it is no different from the BJP’s when it comes to polluted poll rhetoric.

Whether the meme will cost the Congress dearly in the Gujarat polls and dent its prospects of making incremental electoral gains in a state where it has been out of power for the past 22 years is something that will emerge only when election results are declared on December 18. But, until then it is clear that the BJP won’t let the Congress brush the gaffe aside and instead extract it for maximum political mileage.