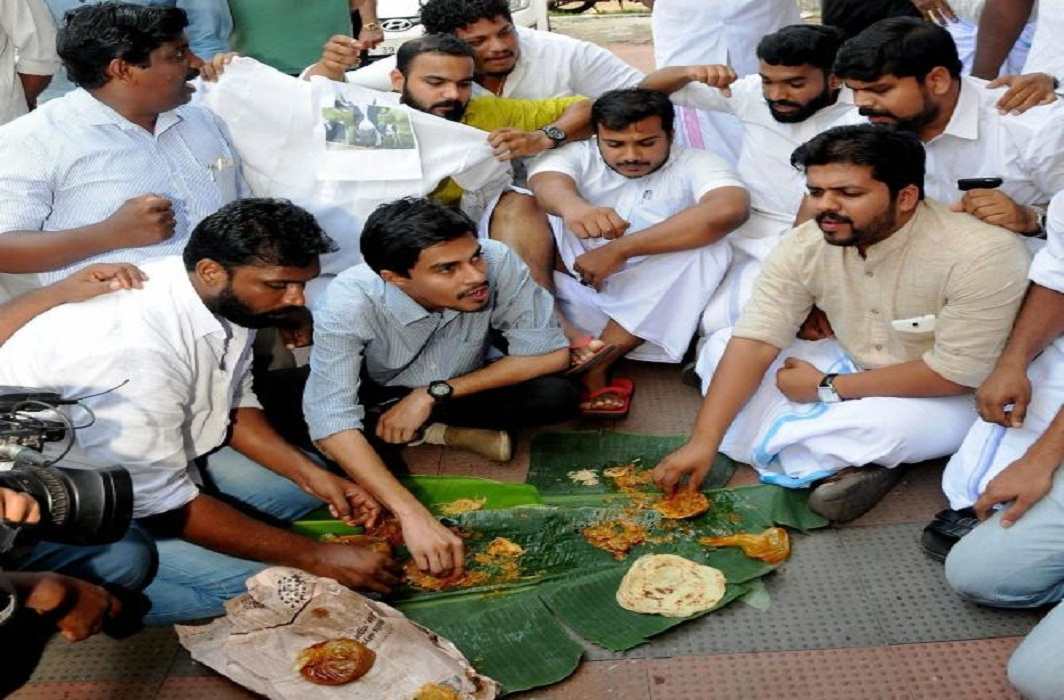 Youth Congress leaders and workers were booked by Kannur Police on Monday in connection with the slaughter of a calf in public.

The youth wing of the Congress had held a beef fest on Saturday to protest the centre’s notification banning sale and purchase of cattle for slaughter.

Incidentally, a video of Youth Congress workers killing a buffalo went viral on social media. In the video, a group of young leaders were seen chanting slogans and slaughtering a buffalo in front of a large gathering which also included children. The protests were reportedly led by Kannur Youth Congress president Rijil Makkutty. This led to Kannur Police lodging a complaint against the protesters.

What happened in Kerala yesterday is thoughtless,barbaric& completely unacceptable to me &the Congress Party.I strongly condemn the incident

Kerala had witnessed a large number of beef fests following the centre’s decision. Many state leaders have criticised the move.

The Communist Party of India (Marxist), the leading party in the ruling LDF coalition, has slammed the NDA government. Kerala Chief Minister Pinarayi Vijayan said the decision is unsuitable for a democratic nation.