OVER 100 MLAs PLEDGE SUPPORT TO GEHLOT 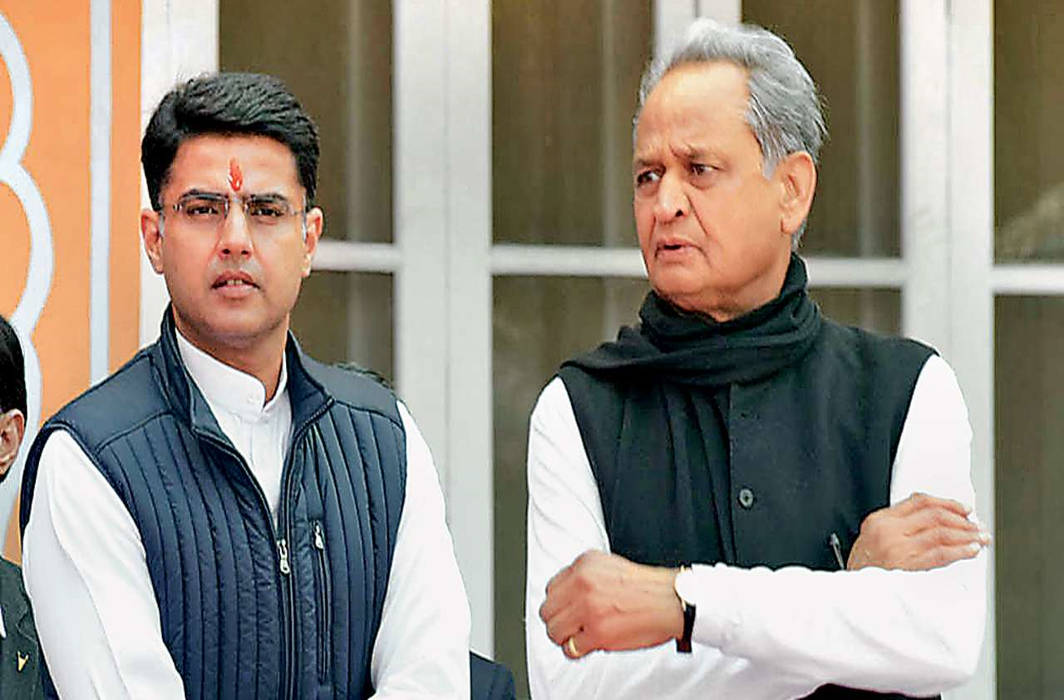 The Congress government in Rajasthan is facing a crisis after the long-standing differences between chief minister Ashok Gehlot and his deputy Sachin Pilot have tumbled out.

Sachin Pilot has also been miffed over a police notice to him over a probe concerning an alleged attempt to topple the Ashok Gehlot government. Pilot, who is also the chief of the Congress’ state unit, has been camping in Delhi and has met senior leaders of the party over the weekend.

The 42-year-old leader along with his supporters did not attend the meeting of Congress legislators on Monday and also turned down his party’s invitation to attend the next meeting on Tuesday.

Actually, it started with a July 10 notice of the special operations group (SOG) of the state police’s anti-terror squad to Sachin Pilot and others. It asked them to appear for questioning in connection with the case registered by the ATS that there was a plot to bring down the Ashok Gehlot government. The SOG had said on Saturday that it has arrested BJP members Bharat Malani and Ashok Singh for allegedly trying to topple the government by offering Rs 20-25 crore bribe each to unspecified legislators – a charge levelled by Gehlot. A First Information Report (FIR) was filed against the two under Indian Penal Code’s sections related to sedition and criminal conspiracy on Friday.

Pilot came to Delhi on Saturday and met senior leader Ahmed Patel to discuss the issue. He told the senior leader known to be a close aide of party president, Sonia Gandhi, during the special one-on-one meeting that his differences with Ashok Gehlot had gone too far. Along with him were at least 19 Congress legislators who were lodged in various resorts. On Sunday, several legislators and ministers met Ashok Gehlot at his residence to convey that they were with the chief minister in the hour of crisis.

Late on Sunday, the Congress party rushed two central observers, Randeep Singh Surjewala and Ajay Maken to Jaipur in a bid to iron out differences between Pilot and Ashok Gehlot, who have sparred on a number of issues since the formation of the party’s government in 2018.

After a meeting which went late into the night, state in-charge Avinash Pandey said that 109 MLAs have signed their letters of support related to Ashok Gehlot. Ashok Gehlot then called a meeting of Congress legislators on Monday morning and the party issued a whip to mandate the presence of all the its MLAs.

Pilot’s camp also said in a late-night statement released on WhatsApp that the deputy chief minister has the backing of about 30 legislators in the 200-member assembly, saying Gehlot government is in minority.

Ahead of the the Congress Legislature Party meeting, Randeep Singh Surjewala extended a public appeal by party leaders to talk things out with an “open mind”. Pilot turned that down too.

Despite hours of struggle, stranded elephant dies in Mahanadi river

The stranded elephant was part of a herd of eleven who were spotted crossing the river on Friday morning. The tusker was caught in the strong current and left alone.
Read more
Load more