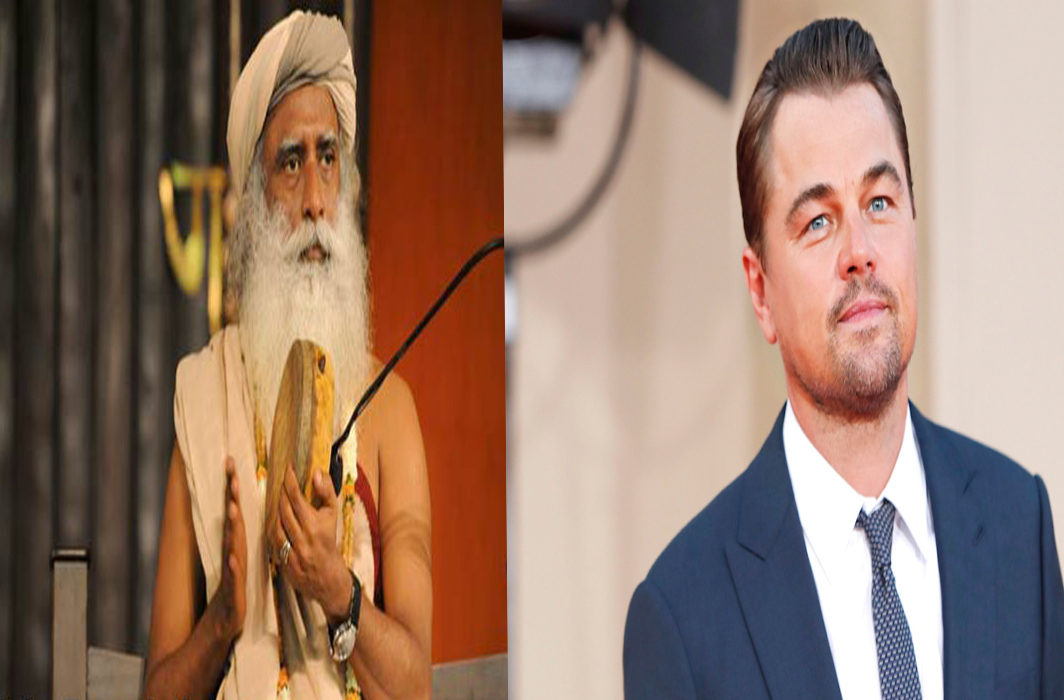 After Hollywood actor and climate activist Leonardo DiCaprio expressed his support for the ‘Cauvery Calling’ campaign launched by Isha Foundation headed by ‘Sadhguru’ Jaggi Vasudev, a total of 95 civil society groups and 18 individuals have written to him urging him to withdraw his support for the campaign.

The actor, on September 21, in a Facebook post urges people to join the campaign – Cauvery Calling saying, “India’s rivers are severely endangered with many of its smaller rivers vanishing. Join Sadhguru and the Isha Foundation in their fight to preserve the Cauvery River.”

However, a letter compiled by Leo Saldanha of the Environment Support Group backed by 95 organisations and 19 individuals urged him to withdraw his support.

“It is our considered view that you may have been poorly advised, or not have had the time to personally investigate the background of the promoters of ‘Cauvery Calling’, before you embraced the programme with this message on Facebook: Indeed the first part of your message is most welcome. However, we urge you to withdraw the second part of the message, as it amounts to promoting Isha Foundations ‘Cauvery Calling’,” the letter read.

The letter claims that Cauvery Calling is not a programme that “comprehends the river basin’s realities and her future well-being”.

“It appears to be a programme that presents, rather simplistically, that the river can be saved by planting trees on banks of her streams, rivulets, tributaries and the floodplains of the river,” it read.

The letter further claims that the campaign, which aims to plant 2,42,00,00,000 trees funded by donations, may “result in drying up of streams and rivulets, and destruction of wildlife habitats. Further, it can also lead to encroachments of the floodplains and riverbeds, as has happened at numerous places.”

Moreover, a Public Interest Litigation (PIL) in the Karnataka High Court has raised questions on how the foundation was allowed to raise funds to plant trees on public land. The same was also mentioned in the letter sent to DiCaprio, while claiming that Rajendra Singh, Waterman of India, had remarked that “Cauvery Calling is a campaign ‘just to earn name and money'”.

“The link you have shared on your Facebook page of the Isha website reveals that the volume of money being gathered is over Rs 10,000 crores ($1.5 billion). The implications of such massive funds being made available to a private foundation, particularly one that as a very weak, and rather dubious, record of compliance of human rights and environmental laws is quite worrying,” the letter read.

Questions on the credibility of Isha Foundation were also raised by many environmentalists.

The letter stated, “Isha Foundation has very low credibility in conforming with Indian laws protecting human rights and environment. No less an authority than the Comptroller and Auditor General of India, a constitutional body, has reported that the foundation has built its headquarters into an elephant corridor and on land belonging to Adivasis (original inhabitants of India, who are indigenous communities).”

“This is not a programme that will protect Cauvery, her forests, her biodiversity, her children and her children’s children. It will certainly not save Cauvery. On the contrary, support for this kind of a campaign sets a very wrong precedent,” the letter argued.

The signatories also hit out at the NGO, accusing it of using “populist and simplistic methods”, which suggests that the imperiled river can be saved just by planting trees. The letter claimed that the Cauvery Calling project would rather result in the “denigration of systematic and serious efforts” to address environmental and social justice issues. It was also noted that a slew of urban and industrial projects, not resulting out of informed and democratic decision-making, had polluted the river, which is a critical resource for four southern states.

Also Read: US House of Representatives to hold impeachment inquiry against Donald Trump

The letter concluded by inviting DiCaprio to visit the Cauvery basin to experience the situation on-ground. “We would like you to join our grassroots based, consultative, collective and networked efforts, to rejuvenate Cauvery. Meanwhile, we urge you to withdraw your call for support to Cauvery Calling,” the letter read.

It also suggested that tree plantation is a process to be conducted after consultations on local needs, local ecological dynamics and to be executed with appropriate social action.

The Cauvery Calling campaign was launched in July with an aim to revitalise the dying river which is the source of livelihood, irrigation and drinking water for 84 million people, a release said. The movement aims at supporting lakhs of farmers in the Cauvery basin to plant 242 crore trees in an economic plan that is expected to revive not just the river but the fortunes of farmers in the basin as well.