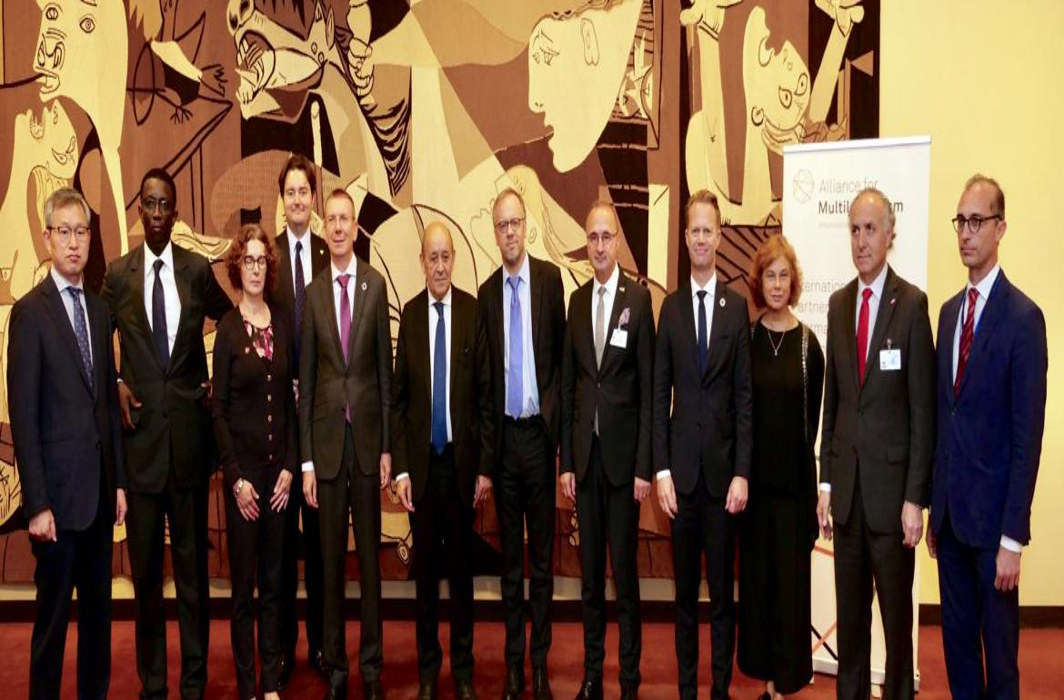 20 United Nations member countries on Thursday, September 26, signed the International Partnership on Information and Democracy agreement at the United Nations General Assembly to stop the spread of fake news online.

These countries have come together to promote ‘independent, diverse and reliable information on the internet’ under an accord which was initiated by Reporters Without Borders, a press freedom watchdog. The main agenda of this inter-governmental accord is to promote democratic principles in the online public arena.

“The emergence of a global digital space is shaking up the world of information, bringing with it progress as well as risks,” said French Foreign Minister Jean-Yves Le Drian.

He added on the sidelines of the UN General Assembly in New York that misinformation online, especially during election campaigns, “undermined trust in democratic institutions.”

According to Reporters Without Borders, the agreement also underlines the role of internet providers to promote reliable content along with a source to escape the chaos of misinformation.

Last week, Twitter shut down thousands of accounts worldwide for spreading misinformation, including some artificially amplifying pro-Saudi messaging as part of a regional propaganda war. Fake accounts from China seeking to sow discord among protesters in Hong Kong were also found.