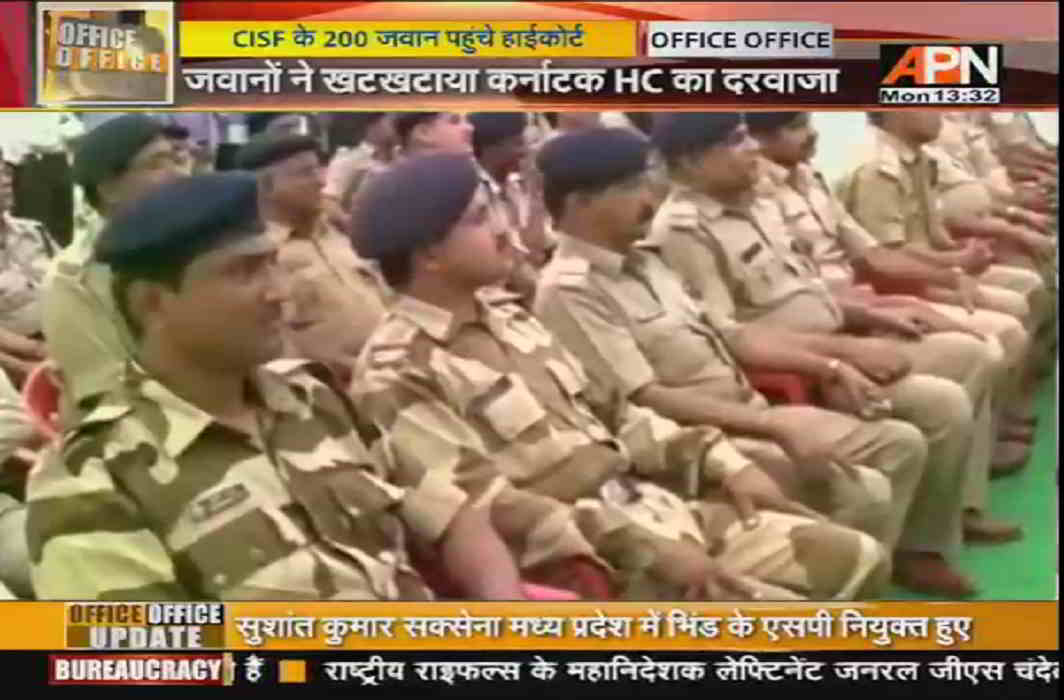 Harassment by seniors, poor food and non-payment of allowances are among their grievances

In an unprecedented move, some 200 personnel of the Central Industrial Security Force (CISF) deployed at Kempegowda International Airport (KIA) in Bengaluru have moved a petition in Karnataka High Court against continuous harassment by senior officials, difficult working conditions, poor food and non-payment of allowances.

They have collectively sought legal aid. This move by the security personnel came after they did not receive any response from the Prime Minister’s Office (PMO). Earlier, they had raised these issues in writing with their concerned officials.

According to the ministry of home affairs, these complaints only reflect the poor treatment of the Central Armed Police Forces (CAPF) in the country. In the past three years some 344 security personnel have committed suicide, 15 of them in the first three months of this year.

One CISF personnel shot himself in Bengaluru, using his service weapon, in January. The CISF and the local police had attributed the suicide to personal reasons.

APN carried a report on the subject in its Office-Office show on Monday. It pointed out that there had been complaints in the past from security personnel and recalled the video posted by Tej Bahadur on the net in which he complained about poor quality food and accused senior officials of being involved in corruption, selling the jawans’ rations in the open market.