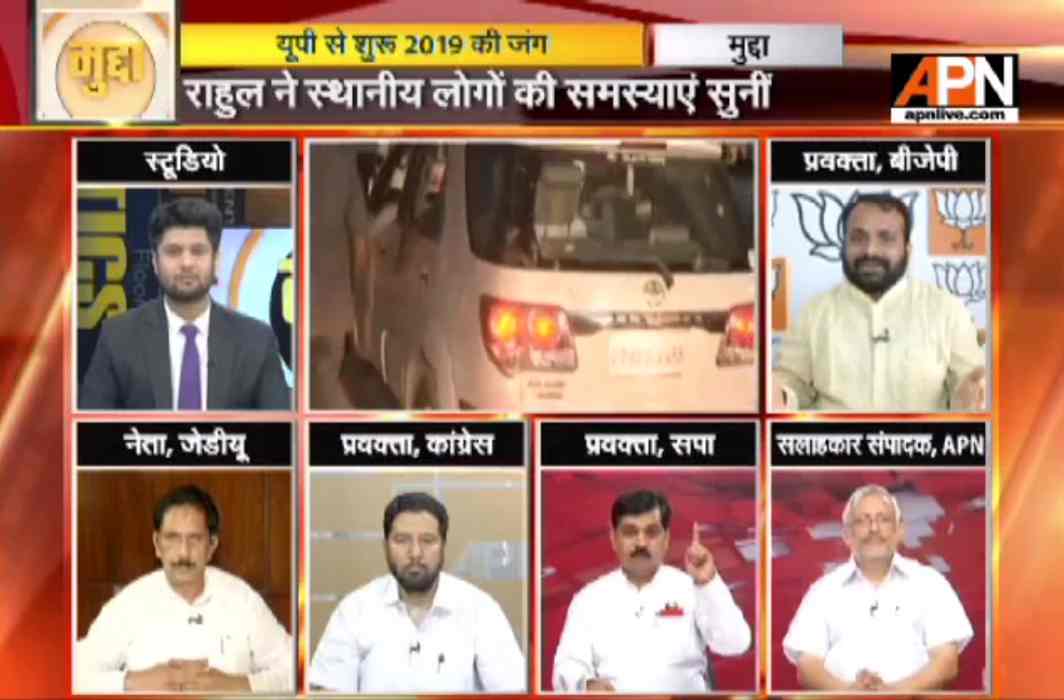 The preparations for the 2019 elections have started full force. While Amit Shah visits Agra today, Rahul Gandhi held a “janta darbar” in his constituency, Amethi, to discuss the problems of the people. For both, BJP and Congress, Uttar Pradesh is going to be the most important factor. There are a total of 80 seats in the state which will be a huge deciding factor. The BJP has announced that the Prime Minister Narendra Modi will visit one place or another every month. In 2014, out of the 80 seats the Congress had won only two, Amethi and Rae Bareli.

Syyed Afzal Abbas talked about the preparations in Bihar. He said: “There are talks that the grand alliance will break. But let me tell you these are just rumours circulated by the media. Of course we want the maximum number of seats as we are the largest party there. There is nothing wrong in asking that.”

Govind Pant Raju talked about the importance of the seats in Uttar Pradesh. He said: “Given the time left, no party can lack in their efforts, else it will cost them heavily. And, we have seen before that the one who won in Uttar Pradesh has mostly formed the Centre too. The Opposition was scattered before. BSP, SP and the Congress were fighting for their own seats. But the situation has changed now. Opposition is united now. Don’t know about Congress but SP and BSP will go into alliance. If Congress is saying they will win singlehandedly, they must show some basis of claims, too. The battle in Uttar Pradesh will be big this time.”

Chandramohan said the BJP had left no stone unturned to win in 2017. He added that the Prime Minister will also be on the ground campaigning.

Ajay Verma said: “We should look at BJP’s position in 2014 and its position after the bypolls. Congress will make unemployment, inflation, black money and the current government’s inefficiencies their issues for 2019. People like Vijay Mallya and Nirav Modi fled with the poor’s money, NPA’s increased to 10 lakhs from about 3 lakhs. We should talk about these issues… We will try so that a good alliance occurs.”

Manoj Yadav said if SP has to fight for less seats for BJP to lose, it will do so. He further said: “The 2019 elections will be fought on the basis of the common minimum programme. What has BJP done for the common citizens? They say others are fighting the battle on the basis of caste and religion, but what are they doing? Their slogan is—Abki baar Modi Sarkar (Modi government this time round). Answer me what Modi means! Is it a party, prime minister, caste or what?”