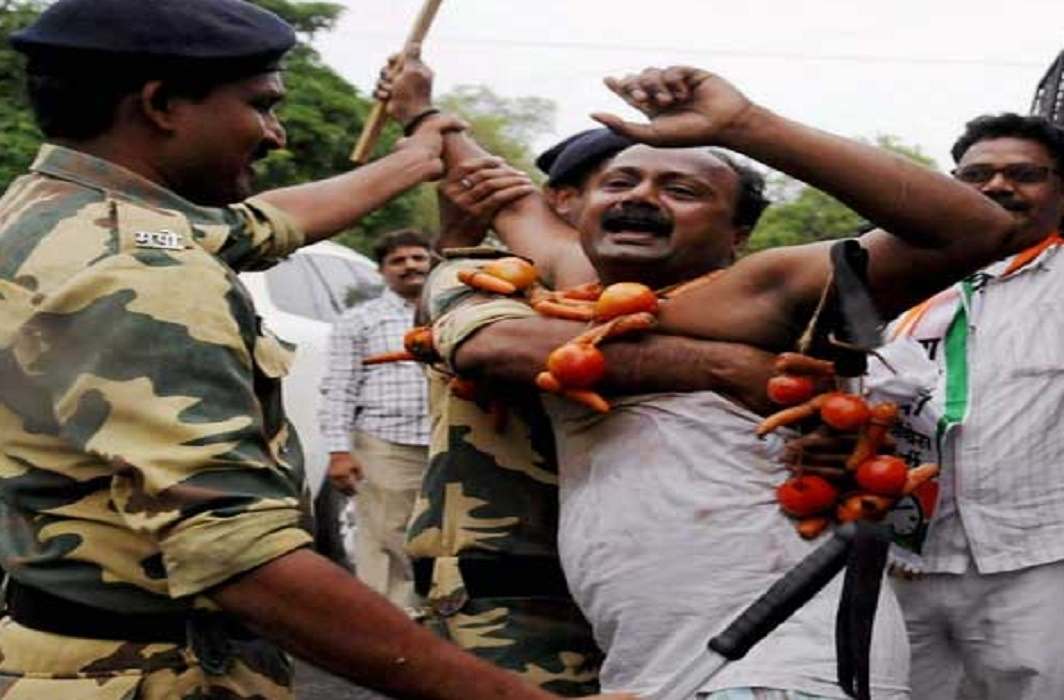 Six farmers were killed and five others were injured when police opened fire at farmers who were protesting in Mandsaur district of Madhya Pradesh on Tuesday.

Farmers have been protesting for the last week demanding a waiver of farm loans and appropriate pricing for their produce, including onion and dal. After the firing, curfew has been imposed in sensitive areas in the wake of ongoing protests.

Statewide demonstrations erupted in violence as stones were pelted at police, vehicles set on fire and shops vandalised. To quell the protests, the state government clamped down on Internet services by suspending it in the western part of Madhya Pradesh.

Responding to the protests, Chief Minister Shivraj Singh Chouhan said, “Before October 31, all farmers who are in need of loan waiver would get it.” He said all necessary steps have been initiated to address farmers’ concern.

“A price stabilisation fund of Rs 1000 crore would be set up to purchase the farm produce at the minimum support price,” he added.

Madhya Pradesh Home Minister Bhupendra Singh has announced Rs 10 lakh to the kin of the deceased and Rs 1 lakh each to the injured.

The Chief Minister also ordered for a judicial enquiry into the firing incident as the meeting is underway between the CM and other ministers regarding farmer’s protests.

The agitation by farmers has also led to the shortage of vegetables and milk in the state as protesters emptied 12,000 litres of milk from tankers and hurled vegetables on the road.

Meanwhile, Rashtriya Kisan Mazdoor Sangh has called for a state-wide bandh on Wednesday.

A recent study by Bank of America-Merrill Lynch stated that India will need Rs 2.57 lakh crore if it has to waive farm loans all across the country. A farm loan waiver was the lodestone of the BJP campaign in Uttar Pradesh but the government is yet to implement it.