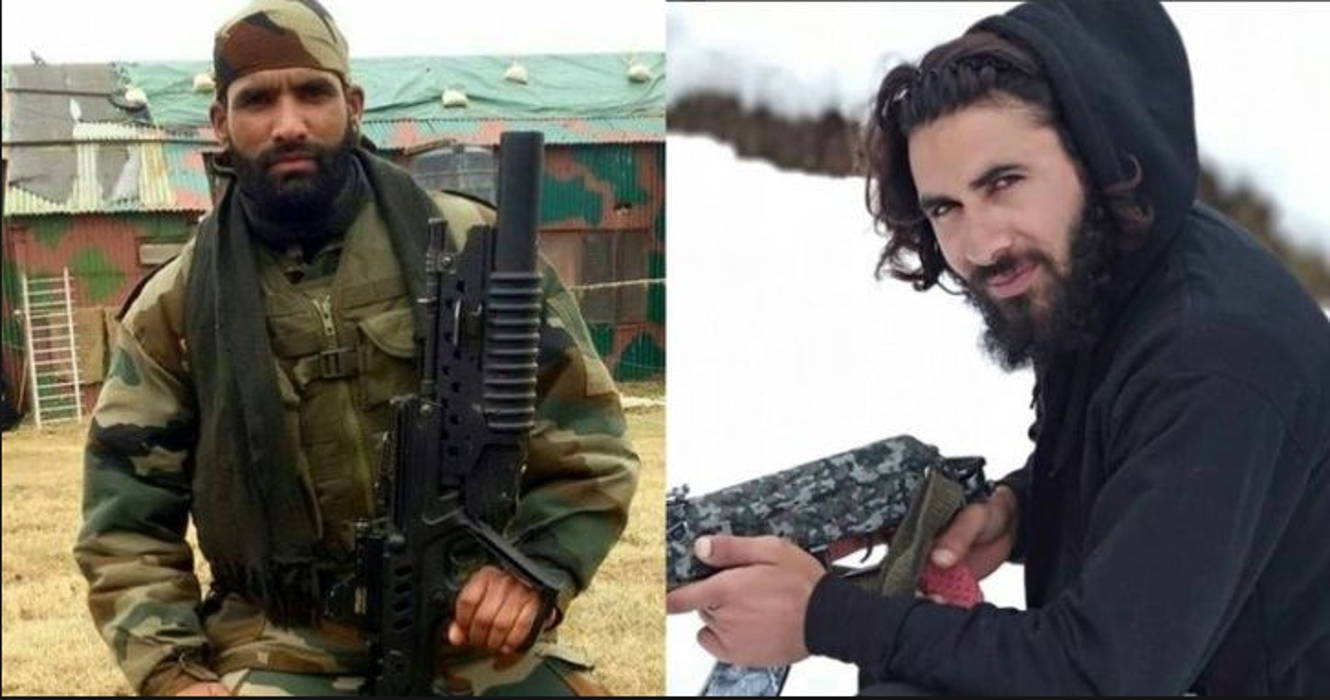 A band of about 50 Kashmiri youth have left their lucrative jobs in the Gulf to return to Salani village in Mendhar to join army and police force to avenge the killing of their friend and fellow villager, rifleman Aurangzeb.

Indian Army jawan Aurangzeb, a rifleman in 4 Jammu and Kashmir Light Infantry and posted at the 44 Rashtriya Rifles camp at Shadimarg in Shopian, was abducted and killed by terrorists in Pulwama on June 14 when he was on his way home in Rajouri district for Eid celebrations. He was found dead by a team of police and Army at Gussu village, about 10 km away from Kalampora, in Pulwama district. He was shot in his head and neck, police said.

After his death, Aurangzeb’s family had made an emotional appeal to Prime Minister Narendra Modi, the Army and the Jammu and Kashmir government to eliminate militancy from the state and avenge his death.

After one and half months of his death, the family is joined by 50 more villagers who have left their jobs in Saudi Arabia to return home to join police and army to avenge the death of Rifleman Aurangzeb, an NDTV report said.

Mohammad Kiramat and Mohammamd Taj are among 50 people who left lucrative jobs in Saudi Arabia to return permanently to Salani village, the NDTV report said.

“When we heard about the killing of brother Aurangzeb, we left Saudi Arabia the same day, and forcibly got ourselves relieved from the job. It can’t be done on the spot, but we managed somehow. 50 youth from this village returned with me.  The only mission is to avenge the death of Aurangzeb,” said Mohammad Kiramat.

After the killing of Rifleman Aurangzeb, a sort of a pattern emerged in the valley in which security forces personnel on leave are selectively targeted.

Aurangzeb’s murder was followed by the killing of two policemen and a CRPF jawan when they were home on leave.

Terrorists have also warned special police officers (SPOs) to announce their resignations. Last month an SPO Mudassir Wani was abducted in south Kashmir, said the NDTV report. Family members made passionate appeals to the terrorists to release him. A video of him in captivity was released with him appealing the SPOs to leave their jobs and earn some other livelihood.

“SPO is a very disrespectful job.  We get treated very badly. We are asked to keep a track of people. What’s the point? It is better to leave this job. We will work hard and do some legitimate job,” Mudassir Wani said in the video.

However, most security personnel from Jammu and Kashmir say they are undeterred by the terrorists’ threats. “We will perform our duties as we have been doing, we will keep giving sacrifices for our country despite the threats, many of our brothers have been martyred, for them as well,” the NDTV quoted an unnamed SPO as saying.

Killing of local security forces personnel is a ploy to demoralise them and block human intelligence gathering, said the NDTV report quoting sources.

“It is a temporary phenomenon and exists because of instigation from across the border.  I am sure very soon this would be reversed and things would improve. We are going to take many steps in which the overground structure of these terrorists will be paralysed,” SP Vaid, DG Police, Jammu and Kashmir told NDTV.