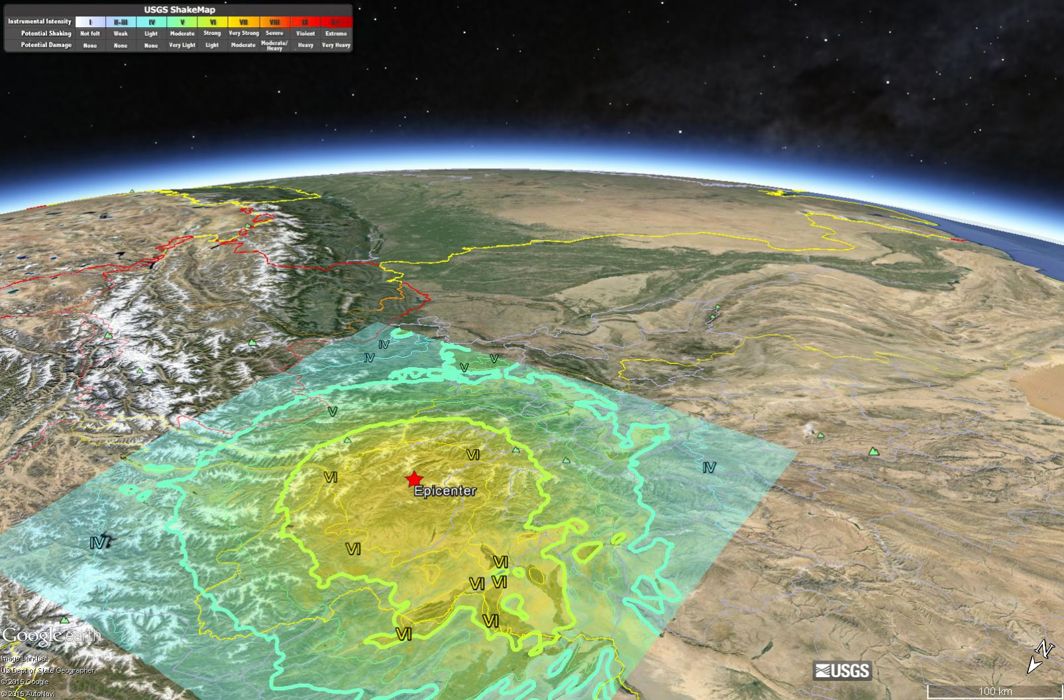 The quake occurred at a depth of 191 kilometres (119 miles) and had its epicentre in the Hindu Kush region, the US Geological Survey said.

The quake shook several parts of northern India, including Delhi-NCR, Jammu and Kashmir and Rajasthan. The tremors in the national capital region lasted for well over a minute and the scare had people rushing out of buildings. Reports from Srinagar said the tremors were intensive and people were seen coming out of their offices and homes soon after.

“Earthquake of magnitude 6.2 occurred in Hindu Kush region of Afghanistan, it had a depth of over 190 km and hence was felt in Delhi and quite strongly in Kashmir also,” VK Gehlot, Director, National Center for Seismology told news agency ANI.

There were no reports of any damage in India due to the earthquake, reported The Hindustan Times.

In New Delhi, Delhi Metro trains were halted briefly but services were not disrupted, said an official.

For many people in Kashmir, the tremors recalled the nightmare of the October 2005 earthquake that flattened wide parts of Jammu and Kashmir on either side of the Line of Control. Electricity supply was stopped briefly as a precautionary measure.

In Pakistan, at least one infant was killed and nine of her family members reported injured in Balochistan province, following the collapse of a roof on their home, said media reports quoting local officials.

Afghanistan is frequently hit by earthquakes, especially in the Hindu Kush mountain range, which lies near the junction of the Eurasian and Indian tectonic plates. Afghanistan was hit by a devastating 7.5 magnitude quake in October 2015 that triggered landslides and flattened buildings, killing more than 380 people across the region.