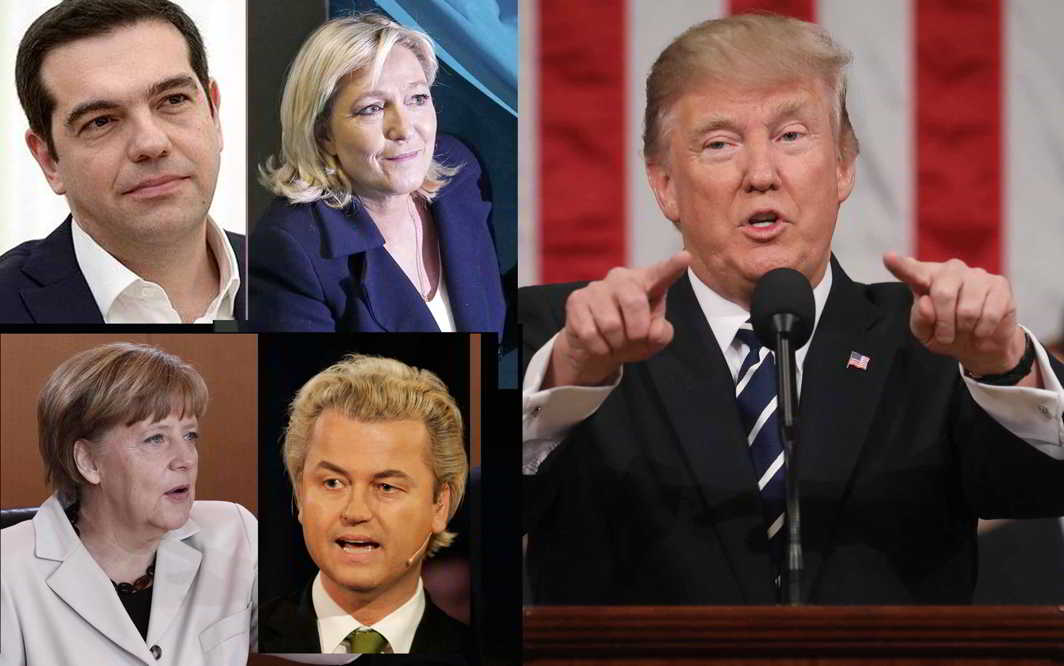 Rarely in history has the world been crippled by a lack of credible leadership at a time when it needs it the most.

Even from afar, Donald Trump’s disastrous and disruptive month as President of the US is a scary reminder of the leaderless world we now occupy. Indeed, with some rare exceptions, we are entering a phase where lack of leadership will be the defining character of the world around us. It points to a dystopian future for humanity. The UK has snapped ties with the European Union thanks to Brexit and is now governed by a leader who was unelected and is battling to stay relevant. A survey last week for The Independent showed that the British public fears a serious hit on the economy over the next two years as negotiations over the future UK-EU relationship drag on with lack of any clarity. Indeed, the Trump win and the Brexit vote could be a forerunner of a major political shake-up in Europe where right wing elements are in the ascendancy. In many European capitals, nationalism, populism and xenophobia have surfaced in the wake of the refugee crisis, an economic slowdown and discontent against established parties–the so-called elite, as was the case in America and also partly evident in the Brexit vote.

What is worrying observers is that this trend could have a negative impact on elections due in three key European countries in 2017. Next week will witness general elections in the Netherlands and polls suggest that Geert Wilders, leader of the far right People’s Party for Freedom, could be the next Prime Minister with his party poised to win the most seats. The PPV is virulently anti-Islam and has pledged to ban refugees and shut down mosques and Islamic schools in the Netherlands. He has also pledged to take the country out of the European Union. A similar threat to the EU awaits the result of elections in France a month later. President Francois Hollande is not standing for re-election and the latest polls suggest that far right National Front leader Marine Le Pen, who is campaigning on a nationalist platform which includes immigration cuts, could be a surprise winner. She too has threatened to take France out of the EU. France is the second biggest economy in the Union.

The survival of the EU rests with the biggest, Germany, which also goes to the polls later this year to elect a new Chancellor. The incumbent, Angela Merkel, under pressure for her pro-immigrant policies, is at her lowest point, politically, as nationalism and xenophobia find expression in the wake of terror attacks in German cities. In the latest polls, her popularity rating is the lowest it has been in five years. Like the Netherlands and France, Germany’s far right represented by the Alternative for Germany (AfD) has been on the rise in recent local elections. It campaigns for strict anti-immigrations rules and leaving the European Union. The AfD is unlikely to win but its influence will only grow if there are any more terror attacks like the killer truck in Berlin’s Christmas Market.

Already in Western Europe, leadership blunders are creating more instability. In Italy, crippled by decades of political instability, the country’s youngest Prime Minister, Matteo Renzi, had to step down after he lost a December referendum on constitutional reforms with 60 per cent of Italians rejecting it, much like the Brexit referendum. He was replaced by his foreign minister but the growing factionalism within the ruling coalition suggests more political turbulence ahead. Indeed, the greatest test of leadership lies in a crisis and Greece leads the pack in that department. The debt crisis has seen three prime ministers come and go and the crisis is far from over. Current Prime Minister Alexis Tsipras, a Marxist, now leads a two-party administration that has just approached the World Bank for another bail-out even as he faces growing public anger as unemployment touches 23 per cent (50 per cent among the youth).

Trump’s election has only added to the uncertainty. Shortly after assuming office, Trump called the EU a ‘vehicle for Germany’ and termed NATO, the military alliance between North America and Europe, ‘obsolete’. A rift between Europe and the US will only benefit Russia and Vladimir Putin. It also comes at a time when a leadership crisis has engulfed large parts of the planet. Nowhere was this more evident than in Brazil, where Michel Temer assumed the office of President after his predecessor Dilma Rouseff was impeached. He has not been elected by popular vote and his approval rating before he took over was a dismal 12 per cent. In Australia, Malcolm Turnbull, like Trump, is a hugely successful businessman who is still struggling to establish his authority as prime minister—six senior ministers have quit his cabinet since he assumed office in September, 2016.  Similarly, South African President Jacob Zuma and Turkey’s Recep Erdogan, have both lost credibility and moral authority. Japan’s Shinzo Abe is still a popular leader back home but his country’s global footprint has shrunk along with the global economy. In South Korea, President Park Geun-hye has just been impeached over a corruption scandal. All these leaders are part of the G-20, the most powerful grouping on the planet. Collectively, the G20 economies account for around 85 per cent of gross world product, 80 per cent of world trade and two-thirds of the world’s population.

The G-20 does, however, include the man who is arguably the most admired world leader today—Canada’s Justin Trudeau. A true Renaissance Man, he has made all the right moves since assuming leadership and his popularity is reaching stratospheric levels. Sadly, Canada’s geography and history of being dwarfed by its giant neighbor comes in the way of him playing a larger international role. He is, however, a solitary light at the end of a very dark tunnel. Politics and nature abhor a vacuum and with Trump taking America into uncharted and insular waters, three G-20 leaders will dominate, even determine the shape and nature of the emerging leadership model. All three are vigorously expanding their power base at home while pursuing a muscular foreign policy and, in the process, redefining the cult of personality—Russia’s Vladimir Putin, China’s Xi Jinping and India’s Narendra Modi. All three are pursuing a similar strategy, projecting toughness in defence of national pride while muscle-flexing in their immediate neighborhood. They represent strong leadership at home and enjoy high levels of domestic popularity but their style of governance and displays of ruthless ambition undermines the moral authority that defines true leadership. In recent times, only Nelson Mandela could lay claim to being a leader who could inspire, and influence, the world. A Global Agenda survey by the World Economic Forum came up with some shocking findings—86 per cent of respondents agreed that there was a leadership crisis in the world today. Basically, the survey showed that the international community had largely failed to address any major global issue in recent years. It has failed to deal with global warming (Trump believes it is a myth), barely dealt with the crisis in the global economy and shown its inability to counter the growth of ISIS while allowing large parts of the Middle East to turn into permanent warzones, creating the biggest refugee crisis since World War II.

Here’s the problem: lack of leadership during times of prosperity is hardly noticed for obvious reasons. It’s during times of crisis that leadership is really measured and brought to account. The global economic downturn has lasted almost a decade and no leader, group of leaders, or international financial institutions, seem to have a clue as to how to tackle it. In almost that same period we have seen a sharp spike in global terrorism and the birth of ISIS with no effective and coordinated international strategy to counter and control its Medusa-like spread. More worrying is what we are seeing in Europe and America which is the rise of right-wing forces fuelled by aggressive nativism. The economic crisis, climate change and global terror have changed the world in fundamental ways.  Sadly, collective global leadership has not kept pace.  An essay in Time magazine concluded that lack of progress within groupings like the G-7 and G-20 showed that “we are living in a “G-zero world; a global caucus whose members don’t share political and economic values or priorities. They don’t have a common vision for the future. Many years in the making, a G-zero world is now fully upon us.” That’s a scary thought.