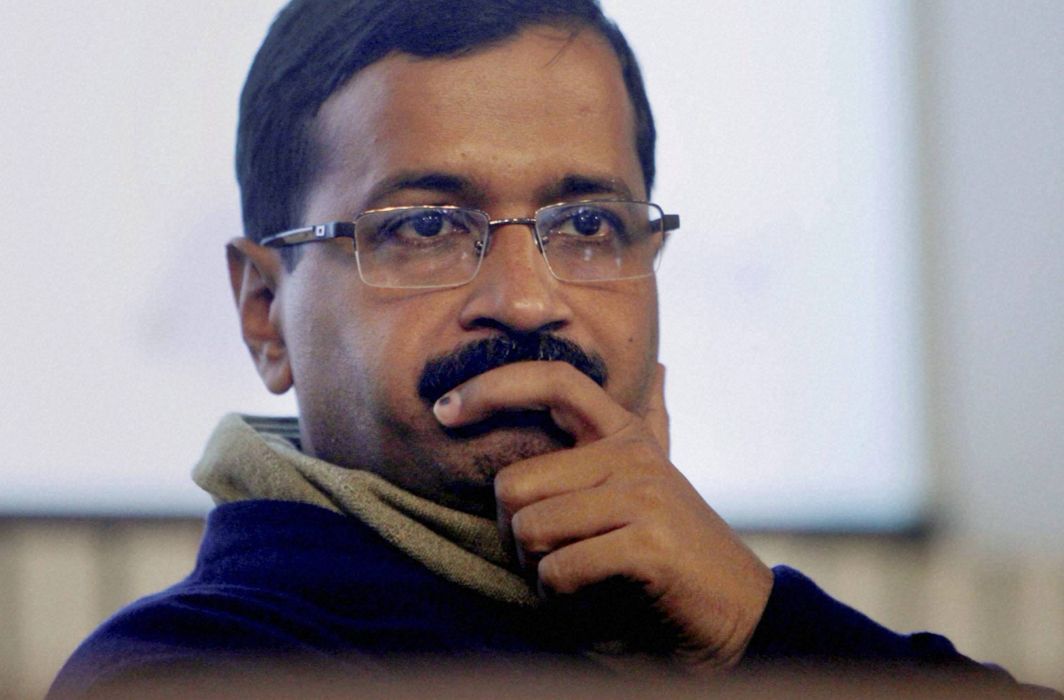 A survey showed that only 38 percent of people in Delhi believe that the Kejriwal government has met or exceeded the expectations it had raised while voted to power.

With the Aam Aadmi Party (AAP) – which came to power in 2015 with a huge fanfare and sky-high expectations – completing its third year of governance in Delhi on Wednesday, party supremo Arvind Kejriwal claimed that corruption in the national capital have come down as the people elected an “honest government”.

Sharing a video message on the third anniversary of his government, the Delhi Chief Minister said, “In the last three years there has been a drop in the corruption, because three years ago the people of Delhi elected an honest government.”

“We faced a number of hurdles but for your rights, we fought on every step and even God helped us. It is said when you follow the path of truth and honesty then all the visible and invisible forces of this universe help you. And my biggest strength is you and the blessings of God.”

However, despite the AAP convenor’s claims, a survey showed that only 38 percent of people in Delhi believe that the Kejriwal government has met or exceeded the expectations it had raised while it came to power with 67 among 70 seats in the 2015 Delhi Assembly elections.

While many credited the AAP government for improving healthcare, water supply and education system in the national capital, many others stated that pollution and corruption still remains an area of problem, even after three years of Kejriwal’s regime.

The online survey conducted by citizen engagement platform LocalCircles also showed that compared to last year’s 61 percent only 59 percent people in Delhi still believes that the AAP has succeeded in curbing corruption.

Meanwhile, while the AAP members celebrate their third anniversary of governance, former Delhi CM Sheila Dikshit and Delhi Congress chief Ajay Maken on Wednesday released a ‘charge sheet’ on the government’s three years of rule at the DPCC office.

Pointing out areas of concern – including women safety, new fleet of Delhi Transport Corporation (DTC) buses, free wifi, marshals and CCTVs in DTC buses and education – the senior Congress leaders claimed that the Kejriwal government had not fulfilled any of the promises it made while being voted to power.

Stating that people should be wary of the AAP government, Sheila Dikshit said, “I do not want to say much but people know AAP government is an advertisement government. They are seen talking but their works are invisible.”

Speaking on AAP government’s media coverage, the former Delhi CM said, “They find ways to be in newspapers. I fail to understand why they are given so much coverage.”

The Aam Aadmi Party came to power in 2015, rewriting electoral history by winning 67 of the 70 assembly seats, with the slogan ‘paanch saal Kejriwal’. However, after the completion of its three years in the government, the new slogan of the party changed to ‘everything is possible’.

A report card on AAP government’s ‘Performance vs promises’ was prepared by Hindustan Times:

Pension hiked Disability pension, old age pension and widow pension have been increased by Rs 1,000 each

Ease of documents 200 categories of affidavits sought by various departments, local bodies and other organisations junked. Only self-certification is required now

Lowest VAT regime VAT rates reduced in several categories from 12.5% to 5%. However, in July last year, the GST was implemented in Delhi

Swaraj bill The government called it the Mohalla Sabha Bill. The L-G did not approve the proposal

Yamuna’s revival Promise to develop a 5-km riverfront on Yamuna not fulfilled. Former water minister Kapil Mishra had announced to make Yamuna fit for bathing in 36 months. There is no concrete plan yet

Free Wi-Fi Project yet to take off, no tender issued yet

Aaam Aadmi Canteen Plan to open 100 canteens, offering low-cost food. One canteen was opened in LNJP Hospital on pilot basis, but it was shut down after two months

New Degree Colleges Plan to open 20 new degree colleges was junked since affiliated colleges can be opened only with Delhi University.

Public Transport No new DTC buses have been. But, 2,000 buses are likely to be rolled out by end of this year. Last-mile connectivity also remains poor

2 lakh public toilets The government has only built 21,000 community toilets out of the 1.5 lakh target

Roads and infrastructure The Rs 5,000-crore-plan to redesign 10 roads to decongest them is stuck in bureaucratic hurdles. The plan to build an east-west elevated corridor (Anand Vihar terminal to Peeragarhi) and north-south corridor (Wazirabad to Airport) yet to see light of the day

Schemes and projects that the AAP government plans to bring in over the next two years:

24X7 surveillance: 1.4 lakh CCTV cameras to be installed in all residential areas and markets by October. Plans afoot to put cameras in buses and schools

Skill centres and anganwadis: 25 skill centres across Delhi to be opened in the next two years. One such centre has been approved at Jonapur. Anganwadis will also be revamped

Landscaping roads: 500 kms of PWD roads will be beautified with plants, shrubs and artworks