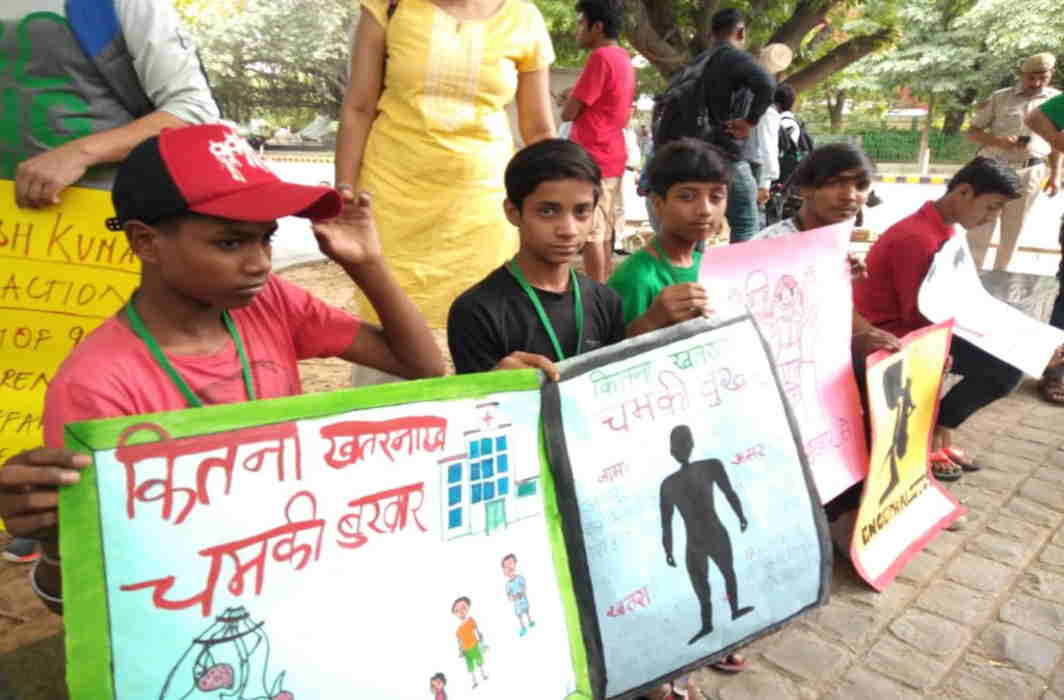 As the number of children dying of Acute Encephalitis Syndrome (AES) in Bihar crossed 120, the Supreme Court today (Wednesday, June 19) agreed to hear on Monday a plea seeking direction to the Centre to urgently constitute a team of medical experts to address the health crisis.

A vacation bench of justices Deepak Gupta and Surya Kant agreed to hear the plea next Monday after the petitioner’s counsel sought an urgent listing of the matter.

The outbreak of AES in Bihar has killed 130 children, reported NDTV. In Muzaffarpur’s Sri Krishna Medical College and Hospital, 93 children have died. Another 19 died at the city’s Kejriwal Maternity Hospital.

The National Human Rights Commission, said media reports, has sent notices to the Union Health Ministry and Bihar government, who have four weeks to respond.

The petition filed by advocates Manohar Pratap and Sanpreet Singh Ajmani in Supreme Court seek a direction to the Centre and the State of Bihar to arrange for 500 Intensive Care Units (ICU) along with the requisite number of medical professionals to deal with the outbreak, arrangement of 100 mobile ICUs and to set up a medical board to be sent to Muzaffarpur, the epicentre of the crisis.

The petitioner also sought that all necessary medical equipment be provided by the Centre for the effective treatment of the children.

The petitioners claim that the State of Bihar has failed to take steps to prevent the spread of Encephalitis and thus the Court’s intervention in the situation becomes imperative.

They say there is a “complete failure of state machinery” in dealing with the situation and the continuing act of negligence of the part of the State of Bihar is leading to the violation of Right to Life guaranteed under the Constitution of India.

“Despite death of more than 100 children, state govt. has shown no prompt steps to prevent the spread of the said disease in adjoining districts. The present act of the negligence by the Respondents who are state within the framework of India Constitution has resulted in death of hundreds of young innocent lives. This continuing act of negligence on the part of state is consistently violating the fundamental right to life guaranteed under the Article 21 of the Constitution of India,” the petition says.

The petitioners have also cited media reports to say that the medical professionals are unable to control the deaths in Muzaffarpur on account of lack of facilities and trained professionals.

The petitioners have also prayed for a direction to the State of Bihar to notify an extraordinary government order directing all private medical institutes in the area of Muzaffarpur to provide free medical treatment to the affected patients.

The petition also seeks the constitution of a fact-finding committee to look into the role of negligent persons involved.

Prayer has also been made to disburse compensation to the tune of Rs. 10 lakh to the families of those persons who lost their lives due to State’s negligence.

In Bihar, amid mounting criticism and protests, Chief Minister Nitish Kumar visited Muzzaffarpur yesterday for the first time since the outbreak began. He was met with cries of “Wapas jao (go back)” at the Sri Krishna Medical College.

Union Health Minister Harsh Vardhan, a doctor, who visited on Sunday, said “everyone is taking responsibility” and the government is “delivering the best it can”.

Hospitals, struggling to deal with the situation, are admitting four children to a bed. There are not enough doctors or equipment to handle the outbreak.

Acute Encephalitis Syndrome, a viral infection, is a bunch of diseases that include hypoglycemia, dyselectrolytemia, chicken pox, Japanese Encephalitis positive and AES unknown. AES outbreaks are routine in areas in and around Muzaffarpur during summer, and mostly affects children below 15 years of age.

It can be brought about by any number of virus, bacteria or even fungi – the actual reason has been elusive so far.

AES affects the central nervous system. It starts with high fever, then hampers neurological functions causing mental disorientation, seizure, confusion, delirium, coma. This year has been one of the worst outbreaks of the disease in Bihar.