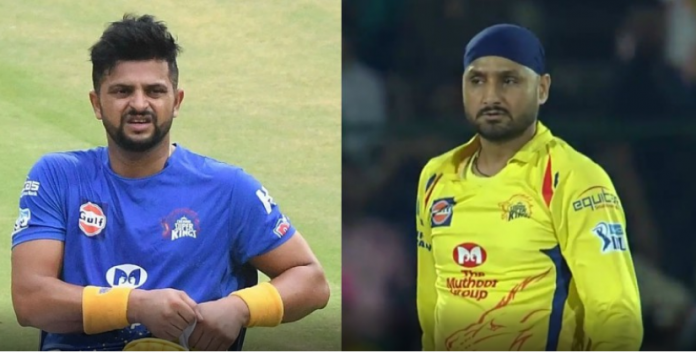 Chennai Super Kings have been dealt a second blow after the return of all-rounder Suresh Raina with the franchise’s off-spinner Harbhajan Singh announcing his decision to skip this year’s edition on Friday, less than 15 days from the start of the tournament from September 19. The 13th IPL is being held in Dubai after it was significantly delayed in India following the uncertainties imposed by the coronavirus outbreak in holding sports competitions.

The veteran off-spinner has pulled out of IPL 2020 citing personal reasons. Earlier, Raina had left the tournament leading to great controversy. While a dressing room squabble and a falling-out with the CSK franchise holder India Cements was blamed initially for Raina’s return to India, the all-rounder had clarified that the grisly murder of his relatives in Punjab had led to his sudden decision.

Now, Harbhajan Singh will miss the entire IPL 2020 season for personal reasons. He had been expected to join the team on September 1. Earlier, the CSK campaign came under a cloud after 2 players tested positive for Covid-19. But reports say the rest of the squad had tested negative in a major relief for the team ahead of Harbhajan’s decision to skip.

Though a formal announcement is expected from Chennai Super Kings, the rest of the team got together for the first time for breakfast today after their quarantine as per IPL protocol. The team is expected to begin training on Friday.

This year’s IPL assumes greater significance for CSK as captain MS Dhoni has finally announced his retirement from one-day and T20 internationals, he had already retired from international Test cricket.

The MS Dhoni-led CSK held a brief training camp in Chennai before leaving for the UAE. Meanwhile, BCCI president Sourav Ganguly revealed that the full schedule of Indian Premier League 2020 will be released on Friday. The IPL 2020 is scheduled to be held in UAE between September 19 and November 10, but the full itinerary is not out yet. Ganguly said it’s on the verge of being finalised.

Facebook
Twitter
Pinterest
WhatsApp
Previous article3-yr-old raped, killed in UP’s Lakhimpur Kheri in third incident in a row
Next articleRanchi Rajdhani does a 535 km detour for one woman passenger