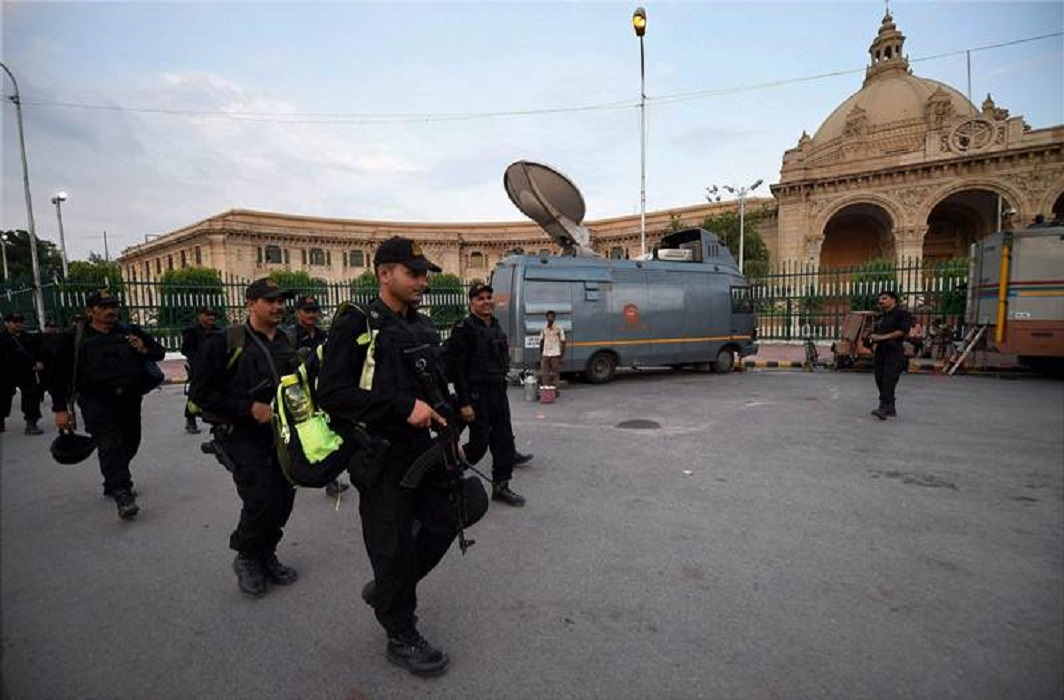 The Uttar Pradesh government on Tuesday clarified that it had not sent any sample of white powder found in the Uttar Pradesh Assembly to the Agra Forensic Science Laboratory (AFSL) for analysis.

“Reports in sections of media (have said) that in tests conducted at FSL Agra, the substance detected in UP Assembly hall is not PETN. This is to clarify that no sample (was) sent to FSL Agra of the substance as they don’t have machines/wherewithal to conduct tests,” state’s principal secretary told reporters on Tuesday.

Chief Minister Yogi Adityanath on July 12 had confirmed that the white powder found in the assembly was a highly explosive substance called Pentaerythritol tetranitrate (PETN).

In his statement, the principal secretary also clarified that Yogi Adityanath’s claim was based on SFSL Lucknow’s report which said all the three tests conducted on the substance were positive for PETN.

”Two confirmatory tests are being conducted at SFSL Lucknow namely, Infrared Spectrum and Gas Chromatography – Mass Spectrum, the report of which is still awaited and is likely to come by Thursday,” the statement further reads.

Contrasting reports on suspicious powder packets found in UP Assembly has been emerging for the last one week.

There were reports that a second packet of explosives was found in the Assembly on Friday. However, Inspector General of police, ATS, Aseem Arun denied all such claims.