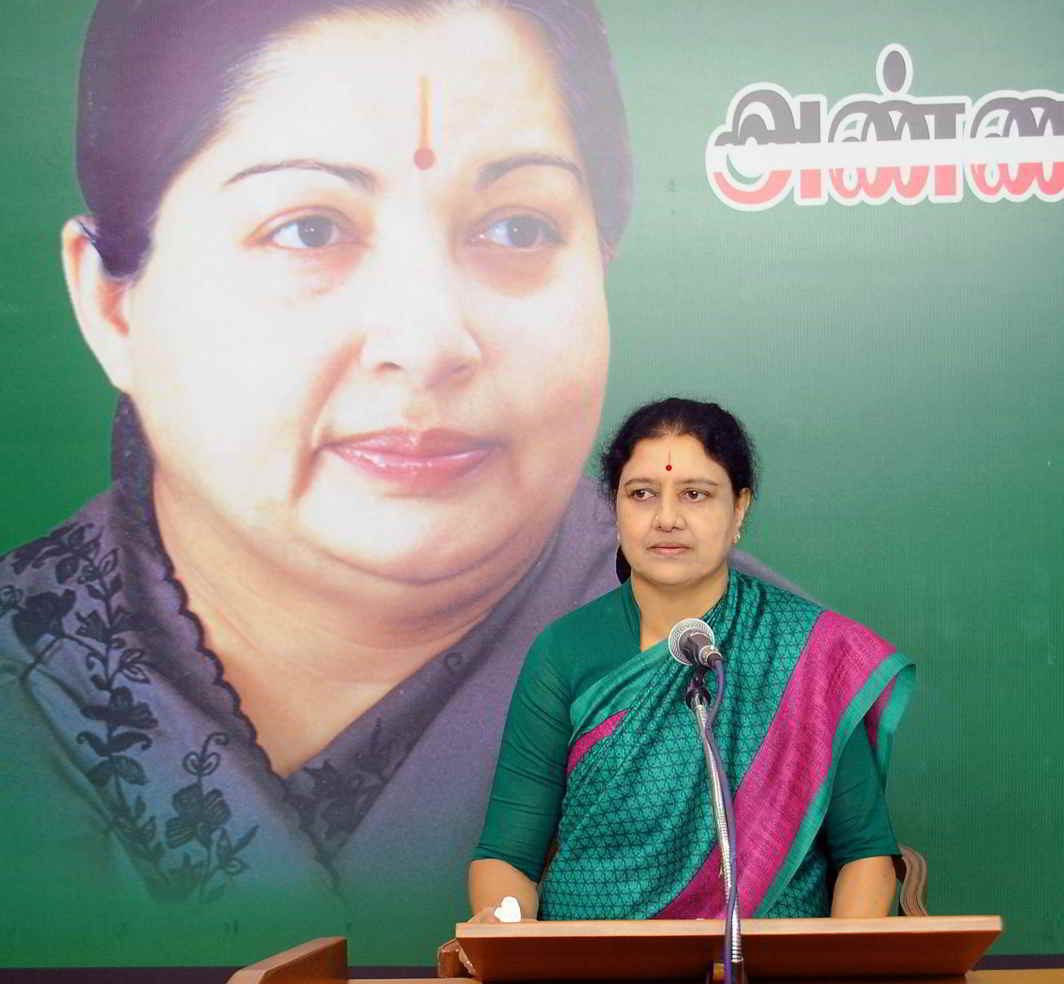 A hawala operator and another person, who helped him arrange and transfer money to New Delhi, were arrested

Reports said one person was arrested from the Delhi airport when he returned from Thailand. Both the arrested people were taken into custody for further interrogation.

Dhinakaran, the AIADMK (Amma) faction’s deputy general secretary, was taken to Chennai by the Delhi Police, two days after he was arrested on Tuesday.

An investigation team of Delhi Police brought Dhinakaran and his friend Mallikarjuna from Delhi to Chennai. The team will be interrogating the duo with Chandrasekhar to get the details of the money and phone exchanges.

The AIADMK (Amma) leader was arrested after four days of questioning for allegedly trying to bribe an ECI official to get the “two leaves” symbol for his faction.

It is said that Chandrsekhar had struck a deal for Rs 50 crore to obtain the symbol. He had Rs 1.30 crore in cash on him when he was caught from a five-star hotel in Delhi.

Dhinakaran was nabbed for allegedly getting the amount from undisclosed sources and transferring it to Delhi.

According to police, Mallikarjuna was arrested for helping the AIADMK (Amma) leader to transfer the money from Chennai to Delhi. The probe team is also looking into whether Chandrasekhar had approached any ECI official for getting a favourable decision for Dhinakaran’s group.