Man behind 26/11 Mumbai attack: From planning of Mumbai attack to Ajmal Kasab’s death penalty, here’s all you need to know! 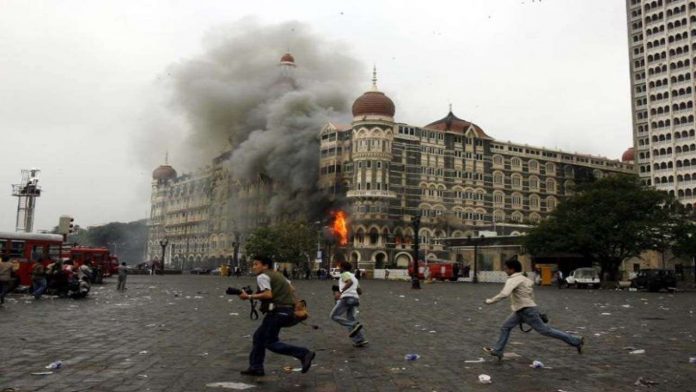 It was 26th November 2008 when a series of terrorist attacks took place in Mumbai by 10 members of Lashkar-e-Taiba, a Pakistan Islamist terrorist organization, killing a total of 175 people and injuring over 300 people. The attack drew widespread global condemnation that carried out 12 coordinated shooting and bombing attacks lasting four days across Mumbai.

Out of 10 attackers, nine of them died during the Mumbai attack, leaving Ajmal Kasab the only sole surviving attacker.

What type of training was given to the attackers of the Mumbai attack?

A group of men 24 men received training in marine warfare at a remote camp in mountainous Muzaffarabad in Pakistan. Part of the training was reported to have taken place on the Mangla Dam reservoir in Pakistan. From psychological to commando training, the attackers went through different types of training.

Out of them, 10 were selected for the Mumbai mission. They were also trained in swimming and sailing, as well as the use of high-tech weaponry and explosives under the supervision of LeT commanders.

How did Ajmal Kasab and other gangsters plan Mumbai attack?

The terrorists had planned the attack for several months in advance and were familiar enough with some locations to hide and return once security officers had departed. According to many reports, Kasab told authorities that the gang received assistance from Mumbai residents.

The attackers used at least three SIM cards purchased on the Indian side of the border with Bangladesh. Police also stated that Faheem Ansari, an Indian Lashkar agent who was arrested in February 2008, scouted the Mumbai locations for the November attacks.

They were given blueprints of all the four targets – The Taj Mahal Palace Hotel, Oberoi Trident, Nariman House, and Chhatrapati Shivaji Maharaj Terminus.

Which site was attacked by Ajmal Kasab?

Ajmal Kasab with Ismail Khan attacked Chhatrapati Shivaji Maharaj Terminus. Around 21:30 the attackers entered the passenger hall and opened fire using AK-47 rifles, killing 58 people and injuring 104 others. The two gunmen then fled the location and fired at pedestrians and police officers in the streets, killing eight police officers.

Later, they headed to the police station and then to the hospital to kill the patients. And during that time the gunfire took place between the attackers and the police officers killing 8 police personnel and Ismail Khan, one of the attackers. Kasab was wounded during the gun battle and after a physical struggle, he was arrested.

Kasab’s trial was postponed owing to legal complications since many Indian lawyers refused to defend him. A resolution was approved by the Mumbai Bar Association declaring that none of its members will represent Kasab. The Chief Justice of India, on the other hand, declared that Kasab deserved counsel for a fair trial. On February 25, 2009, Indian investigators issued an 11,000-page charge sheet against Kasab, accusing him of murder, conspiracy, and waging war against India, among other things.

He was found guilty of murder for directly killing seven people, conspiracy to commit murder for the deaths of the 164 people killed in the three-day terror siege, waging war against India, inciting terror, and conspiracy to murder two high-ranking police officials. On May 6, 2010, he was condemned to death by hanging. He did, however, appeal his sentence to the Supreme Court. Kasab’s death sentence was upheld by the Bombay High Court on 21 February 2011, rejecting his appeal.

On August 29, 2012, the Indian Supreme Court affirmed Kasab’s death sentence. Kasab petitioned the President of India for mercy, which was denied on November 5. Kasab was secretly hung at Pune’s Yerwada prison on November 21, 2012, at 7:30 a.m., as part of Operation ‘X.’