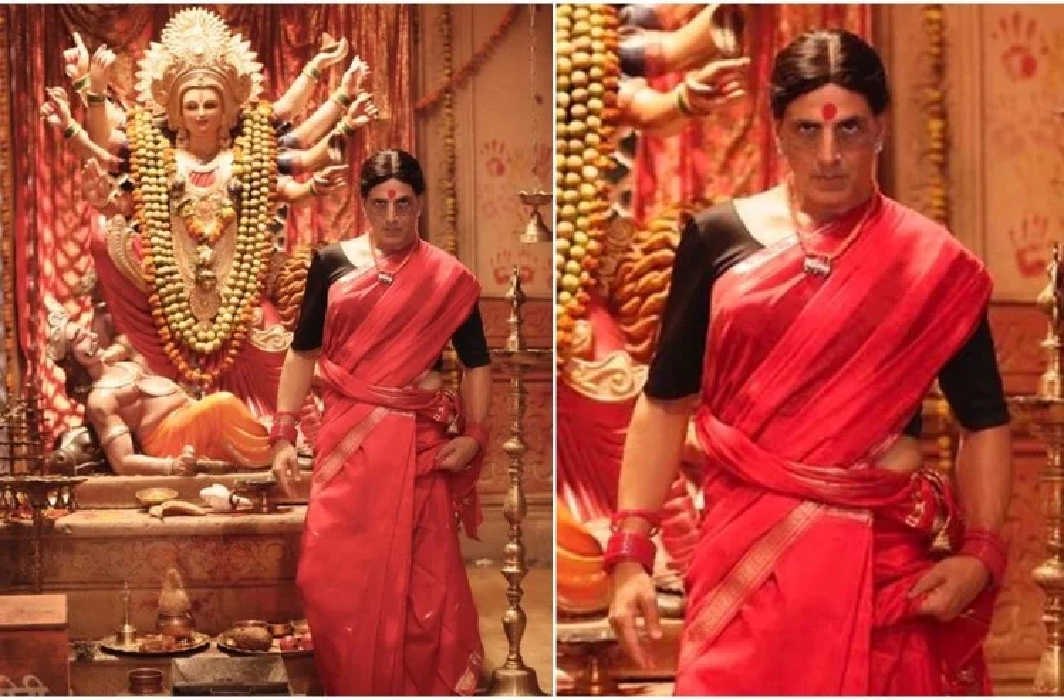 Along with the photo, Khiladi Kumar wrote a lengthy post as well. “Navratri is about bowing to the inner goddess and celebrating your limitless strength. On this auspicious occasion, I am sharing with you my look as Laxmmi. A character I am both excited and nervous about but then life begins at the end of our comfort zone, isn’t it? #LaxmmiBomb.”

In the poster the actor is seen in a completely different avatar. He is seen standing in front of a Durga idol wearing a red saree and a black blouse with red bangles in his hand.

The film is a remake of super-hit Tamil horror comedy ‘Kanchana.’

Laxmmi Bomb revolves around Raghava and the story follows the tribulations of a cowardly man who fears the supernatural. Then he gets possessed by the ghost of a transgender woman Laxmmi, who takes revenge on the ones who destroyed her life.

The film is being produced by Tusshar Kapoor and Shabina Khan. It also stars R Madhavan and Shobita Dhulipala in pivotal roles.

This project also had its share of controversy when the director of the film Raghava Lawrence left the film because he was unhappy about the release of the first poster. He took twitter to announce his exit from the movie.

Dear Friends and Fans..!I
In this world, more than money and fame, self-respect is the most important attribute to a person's character. So I have decided to step out of the project, #Laxmmibomb Hindi remake of Kanchana@akshaykumar
@RowdyGabbar @Advani_Kiara pic.twitter.com/MXSmY4uOgR

But later in the month of June he rejoined the film’s crew and again took twitter to announce his return as a director of Laxmmi Bomb.

Hi Dear Friends and Fans...!
As you wished I would like to let you know that I am back on board as a director of #LaxmmiBomb with @akshaykumar pic.twitter.com/9HRHF5y2VV

The film is set to release in Eid next year.