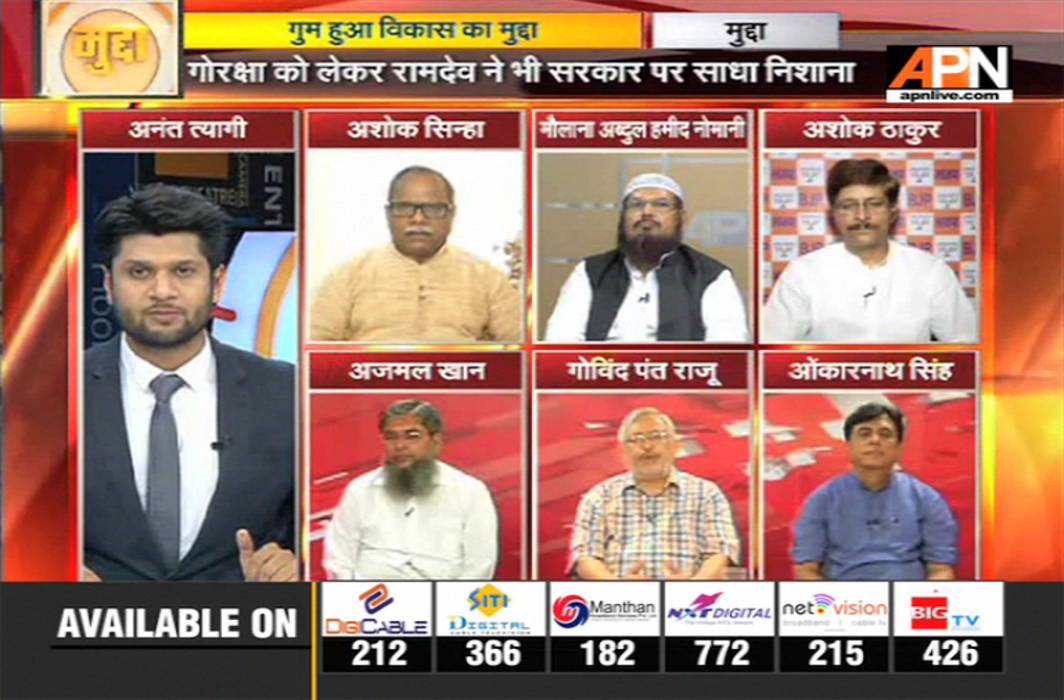 Panellists feel that the coming elections have triggered an atmosphere of hate; Congressman questions BJP’s estimate of infiltration

Thakur said: “The BJP’s stand is clear. Our government is for development and is against corruption.”

Omkar Nath said: “How can the BJP representative claim say that 10 crore outsiders have infiltrated the borders due to the Congress’ purportedly faulty policies? How can he mention such a massive figure irresponsibly?”

Sinha said: “Let’s talk of the unity of the country. Are we going to divide the country like this? Look at stone peltings in Kashmir, and mob lynchings elsewhere.”

Nomani said:”Why are we following discretionary policies? Pakistan, Bangladesh, Tibet or Sri Lanka, they should be told to take back their people. This is not a Hindu-Muslim issue.”

Khan said: “We can talk of development only when we have peace. Everyday some new violent incident takes place. Till as long as parties want to fight elections on a ‘divide’, there can be no solution to this problem.”

Thakur said: “I want to ask Khan and Nomani, why the leaders are using provocative speeches. The Muslim common man is with the nation.”

Raju said: “Elections are responsible for such provocative statements. After the Mandal Commission, there has been a new kind of politics in the north and an easy way to win votes by dividing the people has been devised. Now it is being said that NRC was started in Indira Gandhi’s days. Politicians are only looking to grab mileage. The Congress, too, is using the same tricks. Gau raksha laws were there even earlier, but the impression of late has been that gau seva has been the sole mission of the new dispensation “

Khan said: “Subramanian Swamy has recently stated that polls are won on emotional issues. The government is only speaking a divisive language.”

Raju said: “People need to know the truth, and the government does not seem to have the answers for issues that affect the people, like lynchings, NRC list and so on. No game changer politics is happening. Education is lagging, lawlessness is rampant; development is taking a back seat.”