Home Latest india news Amarnath Yatra suspended due to separatists’ call for shut down in Kashmir... 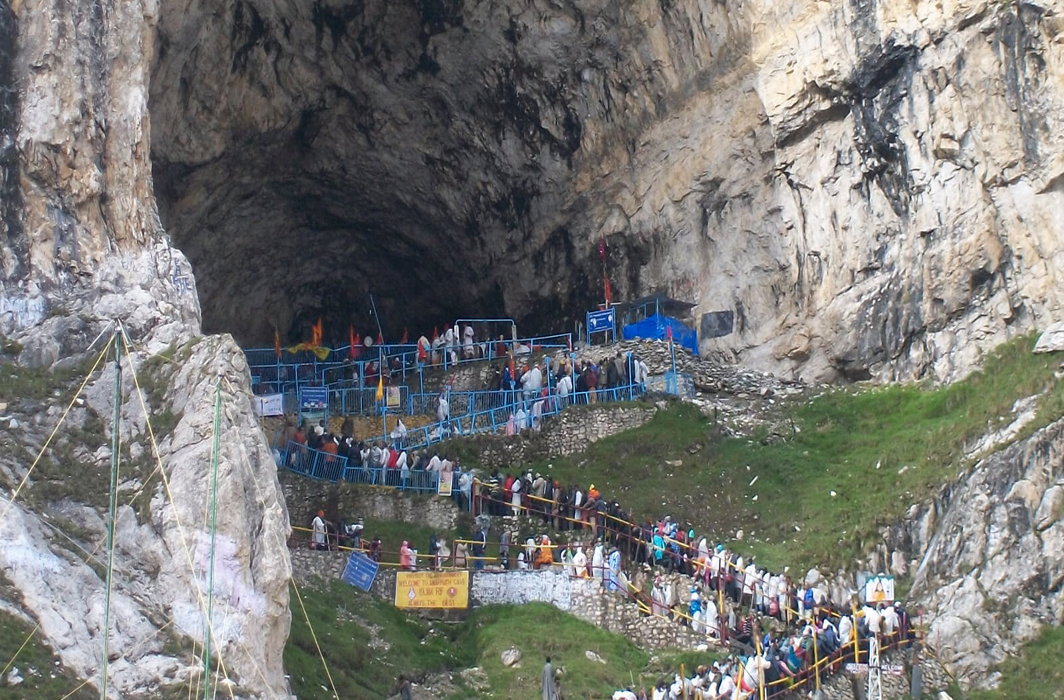 Pilgrimage to the cave shrine of Amarnath was suspended for today (Saturday, July 13)and no pilgrim allowed to move up to Valley from Jammu as a precautionary measure in view of a separatists-sponsored shut down in the Kashmir valley on Martyrs’ Day, officials said.

“Amarnath yatra has been suspended from Jammu as a precautionary measure in wake of the strike called by separatists in Kashmir valley Saturday,” said media reports quoting an official.

July 13 is observed as Martyrs’ Day in Kashmir. On this day in 1931, 22 people were killed in firing by the forces of Dogra ruler Maharaja Hari Singh.

Separatists have called for a shutdown as a mark of respect to those killed in the firing.

The state government observes the day to honour those who fought for Independence in 1947.

Former J&K CM Farooq Abdullah also reached the graveyard with his supporters and paid homage to the 1931 martyrs.

“The governor is a BJP man and won’t come here to pay the tribute,” said Farooq Abdull

Due to the strike, normal life was severely affected in the valley as shops and other business establishments remained closed, while public transport remained off roads, the officials said.

They said some private vehicles, however, were plying in intra-city and inter-district routes of Kashmir.

As many as 12 batches of pilgrims have so far left for the twin base camps of Pahalgam and Baltal in Kashmir valley from Jammu since the beginning of the pilgrimage on June 30, reported The Indian Express.  Over 1.50 lakh pilgrims have visited the cave shrine in the last 12 days of the Amarnath yatra.

Over 1.75 lakh pilgrims have so far registered themselves for the 46-day long pilgrimage, which is through the 36-km Pahalgam track in Jammu and Kashmir’s Anantnag district and the shorter 14-km Baltal route in Ganderbal district.

The pilgrimage commenced on July 1 from both Baltal and Pahalgam routes. Multitier security arrangements were made for smooth and successful conduct of the yatra that concludes on August 15.

The Cave shrine was discovered in 1850 by a Muslim Shepherd, Buta Malik.Legend says a Sufi saint rewarded the shepherd with a bag of charcoal that turned out to be gold.

Descendants of the shepherd have received a portion of the offerings from the cave shrine for over 150 years.