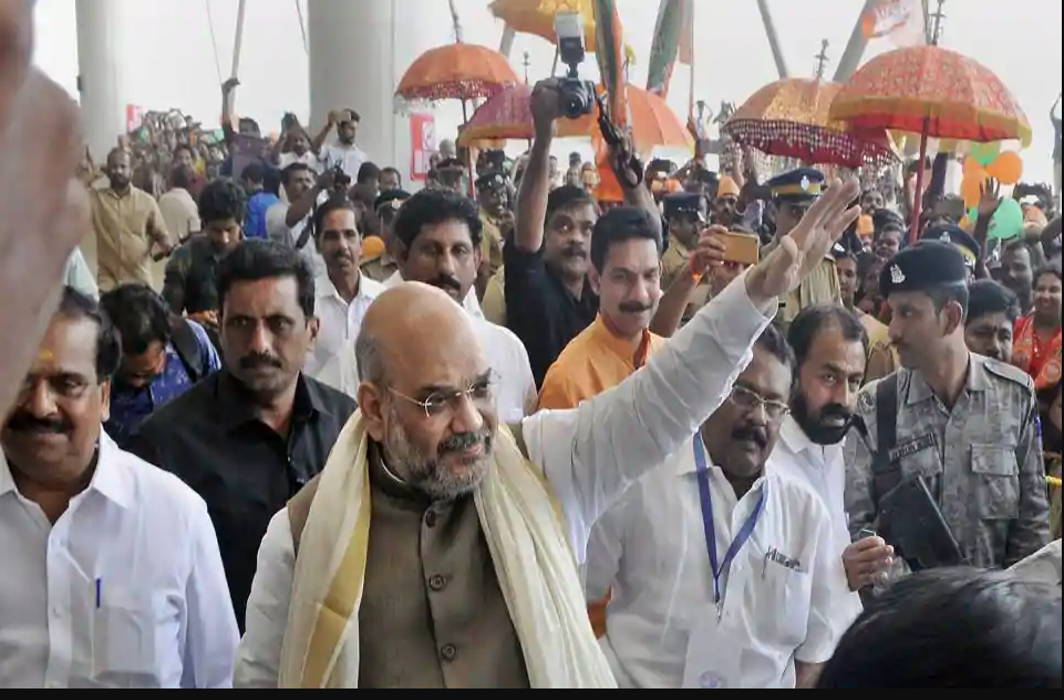 CM Vijayan says Shah’s words were against SC and Constitution

In a major development, BJP President Amit Shah has described developments, in post SC order permitting entry of women of all ages into Sabarimala temple, in Kerala, an “Emergency-like” situation. He alleged that the Kerala government was “playing with fire” in quelling with “brutal force” protests by Ayyappa devotees.

BJP chief levelled allegations against the state government on Saturday while inaugurating the BJP district office in politically sensitive Kannur, which has often seen clashes between BJP-RSS and CPI(M). He alleged that the communist government is “conspiring against temples” and came out in support of Ayyappa devotees, who are protesting against the implementation of the Supreme Court decision.

He was quoted saying, “An Emergency-like situation exists in Kerala,” accusing the CPI(M)-led LDF government of “suppressing” the Ayyappa devotees’ agitation.

BJP chief listed several court verdicts which have not been implemented, including on ‘Jallikattu’ (traditional bull taming sport of Tamil Nadu) and prohibiting loudspeakers in mosques. He said “impractical” directions should not be given by courts.

He suggested Kerala government, “You concentrate on developing the state rather than attacking the Ayyappa bhakts,” and warned Chief Minister Pinarayi Vijayan that he would have to pay a “heavy price” if this continues, as BJP workers “would not hesitate to pull down the government”.

Reacting to BJP Chief’s remarks, Kerala CM Vijayan reminded him that the state government was not at the mercy of the BJP.  He claimed, “But this is a government elected by the people. Shah’s speech gives the message that the electoral verdict will be sabotaged.”

He appealed people from different sections saying, “All democratic-minded people should raise their voice against this.”  He claimed that  BJP President’s  speech was more against the Supreme court and the Constitution rather than against the state government.

Karpoori Thakur, the former chief minister of Bihar, considered to be one of the makers of modern Bihar, still finds mention in...
Read more