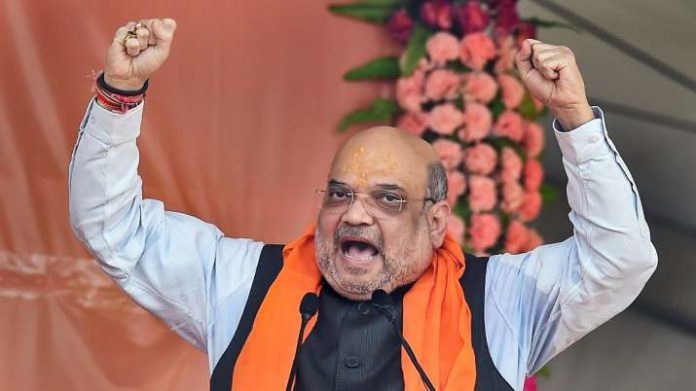 The Union Home Minister Amit Shah on his visit to Lucknow, on Sunday praised the Yogi Adityanath for grabbing top spot in handling the law and order situation of Uttar Pradesh Shah and credited him for effectively implementing development and welfare schemes in the state.

Laying the foundation of Uttar Pradesh Forensic Sciences Institute in Lucknow, Union home minister Amit Shah said that the BJP government works for the development of the poorest people revamping law and order. The BJP governments do not work on the basis of caste, families, or for the people who are close to them, Shah said.

The institute would operate under the ministry of home affairs, is proposed to be affiliated to Gujarat-based National Forensics Sciences University (NFSU).

Speaking on the occasion, Shah said criminals and corrupt people in UP now fear the Yogi Adityanath government. There was an atmosphere of fear in western UP because of which people were leaving the area, women felt unsafe, the land mafia was grabbing the land of the poor people, incidents of firing in broad daylight and riots were rampant, Shah said.

Targeting the Opposition parties in the state, Shah said that the echo of Bharat Mata ki Jai should be heard till the ears of those who are having dreams of forming the government in Uttar Pradesh.

Praising the UP’s law and order, Shah said the BJP had promised make UP a developed revamping its law and order and now in 2021, Yogi Adityanath and his team have taken UP to the top spot in terms of law and order.

With 44 development schemes, UP is on the top spot in the country, Shah claimed. Making schemes is very easy, but implementing them, removing the intermediaries, and ensuring the benefits reach the beneficiaries without any bribe is very tough, he said.

Shah’s statement comes months before the upcoming assembly elections in the state.

In other India News, The BCCI has warned the cricketers for taking part in the Kashmir Premier League and said those who will be banned from all sorts of cricketing activities in India in the future.