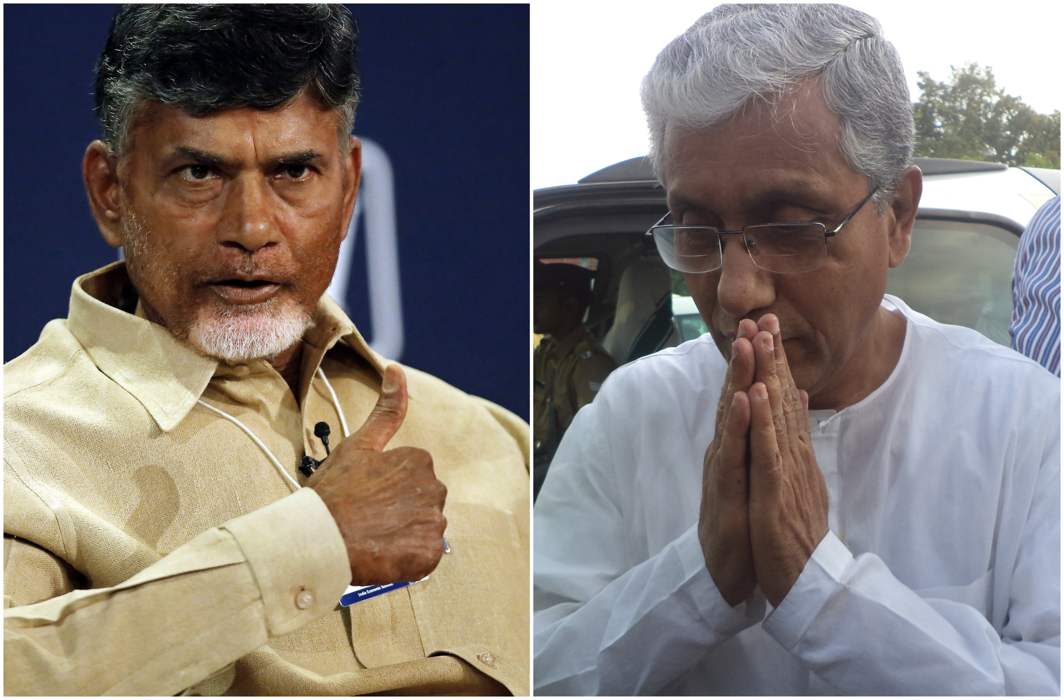 The study also shows that among 31 CMs, only 20 have clean records, while 11, or 35% among all have declared criminal cases against them.

Evidently displayingextreme inequality in the assets of the country’s top leaders, an analysis of a self-sworn affidavits filed by chief ministers of 29 states and two Union Territories ranks Andhra Pradesh CM Chandrababu Naidu as the richest CM in India, with assets worth Rs 177 crore – while Tripura CM Manik Sarkar had total assets worth only Rs 26 lakh, being the poorest CM in the country.

The analysis by the Association for Democratic Reforms (ADR) places Arunachal Pradesh CM PremaKhandu as the second richest CM, with Rs 129 crore assets and Punjab’s Amarinder Singh as the third richest with assets worth Rs 48 crore.

According to the analysis, the country’s second poorest CM was West Bengal’s Trinamool Congress (TMC) supremoMamata Banerjee, with assets worth Rs 30 lakh and Jammu and Kashmir CM Mehbooba Mufti was on the third place with declared assets valued at Rs 55 lakh.

However, the study also shows that among 31 CMs, only 20 have clean records, while 11, or 35% among all have declared criminal cases against them – among which 26% have face serious charges.

While Maharashtra CM Devendra Fadnavis has the highest number of cases (22) registered against him, Kerala’s Pirayi Vijayan has the second highest (11) number of declared criminal cases. Coming third is Delhi Chief Minister and AamAadmi Party (AAP) supremo Arvind Kejriwal, who has his name in 10 criminal cases.

While the ADR analysis shows that 25 out of the total 31 CMs are crorepatis, the average asset per CM is just over Rs 16 crore. Only 19% of the top state leaders have assets worth less than Rs 1 crore and 7% have assets worth more than Rs 100 crore.

Retired IAS officer and convener of Forum for Electoral Integrity M.G. Devasahayam said, “In 2002, the Supreme Court made it mandatory for candidates to submit details of their assets and criminal cases, if any. Though that has been followed, the necessary amendment to the Representation of the People Act to restrain those with criminal and corruption cases from contesting in elections has not come into force. That is the need of the hour.”

Stating that the monitoring of the candidates’ assets earned without legal terms is a must, former Chief Election Commissioner N. Gopalaswami said, “As for serious criminal charges, if the chargesheet is filed against the candidate at least a year before the polls, he should be disqualified until proved innocent.”