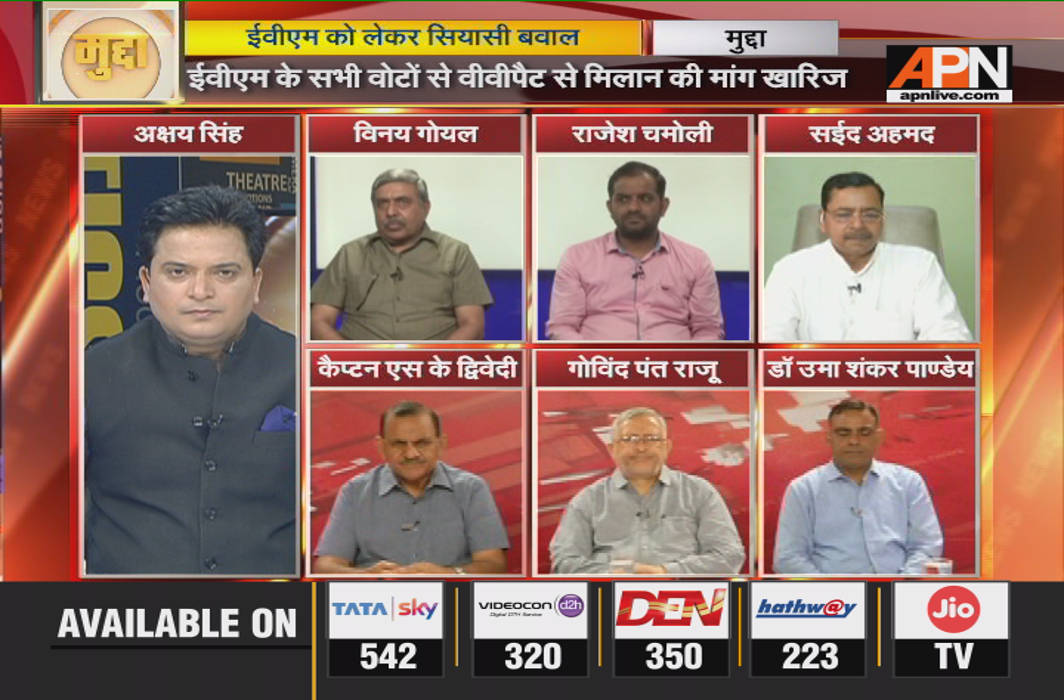 A statement from the Election Commission (EC), strongly refuting allegations of EVM swapping, said that “before the counting of EVMs commences, the counting agents are shown the address tags, seals and serial number of the EVMs to satisfy themselves to the genuineness and authenticity of the machines used in the actual polls.”

Uma Shankar was the first to speak who said, “The present government is using national agencies according to its will and that’s why the act of Election Commission is also questionable, as it is the duty of EC to conduct free and fair Election but it does not appear as expected after the exit poll.”

Goyal said, “It is the habit of the opposition parties to blame EVM for their own failure if the Congress wins in three states then EVM was working properly and when they are losing the election they are unnecessarily blaming EVM and other national agencies.”

Ahmed said, “When EVMs are being transferred from one place to another then how can one say that nothing is wrong in it, it directly raises questions on EC and the agencies who are responsible to conduct free and fair elections.”

Dwivedi said, “When Exit polls predicted that Modi-Shah govt is coming back to power then all the opposition parties have come in support of blaming EVM for their fear of being defeated.”

Raju said, “The opposition parties are making irrelevant claims by blaming the ruling party of tampering the EVMs are kept in a storage room with high security and is being monitored by top officials and it is clearly known to the opposition parties but they are not ready to digest their defeat.”

Pandey said, “This is just Exit poll prediction, it is not final result, and in the past is has been witnessed that the poll prediction has been proved wrong in 2004 and 2009 and this time also there is high possibility that things shown in prediction will not match with the actual result.”

Goyal said, “The opposition parties were afraid of their defeat before the elections began that’s why they made alliances as they were well aware that alone they cannot defeat BJP and NDA and now after the Exit poll their fear is turning to a reality so they have started this drama of blaming EVM and national agencies and big media houses.”

In an overall discussion we have came to knowledge that the anti-BJP parties are not ready to digest the result shown by the Exit poll and are afraid as what the BJP leader said in the discussion and that’s why they are blaming EVM and national agencies.