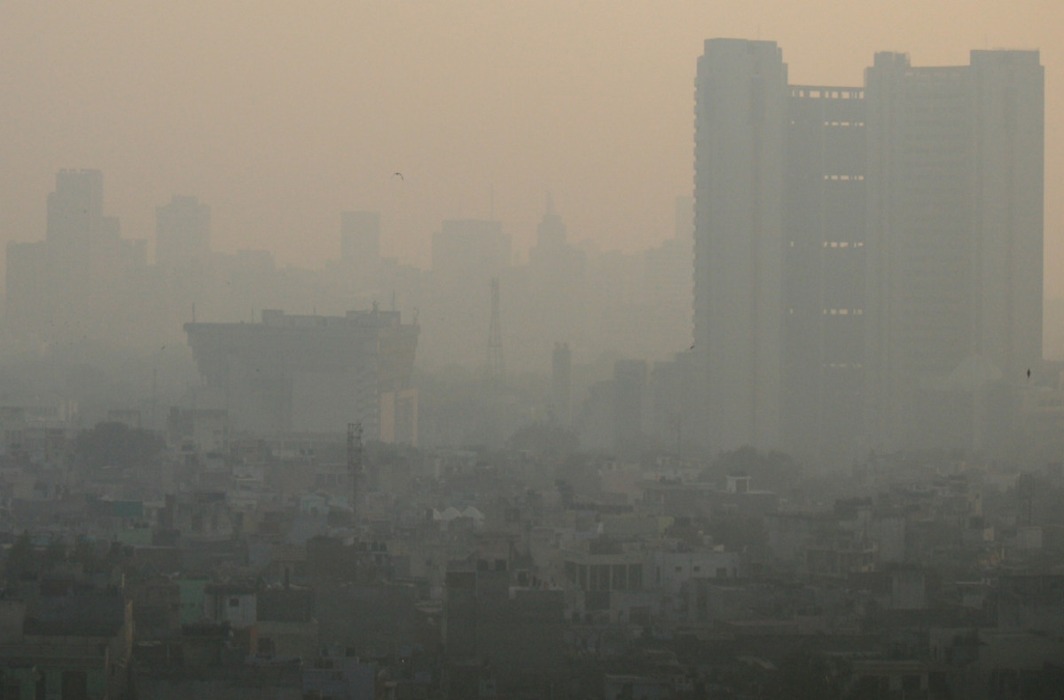 Pollution level in Delhi region set alarm bells ringing and measures were set in motion to meet what has become a health hazard and a serious emergency.

Swinging into action, the National Green Tribunal (NGT) ordered a ban on old vehicles and trucks with construction material from the national capital region on Thursday morning, strengthening curbs. It also came down heavily on authorities for failing to check the pollution build-up.

The Delhi government has decided to bring back from Monday the odd-even scheme in which odd and even numbered vehicles ply on alternate days. Media reports quoting government sources said that the scheme will be implemented from November 13 and will continue till November 17. Vehicles with odd registration numbers will ply on odd dates and the ones with even numbers will ply on even days. Last time, the restrictions were in place from 8am to 8pm.

Earlier, the Delhi high court issued orders to the Union and state governments to hold emergency meetings within three days to tackle the smog crisis and explore options such as bringing back the Odd-Even restrictions – an alternate-day vehicle rationing system.

At the same time, the National Human Rights Commission (NHRC), taking cognisance of media reports, also stepped in, observing that it is apparent that the concerned authorities have not taken proper steps throughout the year to tackle this hazard, which is amounting to violation of the Right to Life and Health of the residents in the region.

The NGT said diesel vehicles older than 10 years, petrol cars older than 15 years would not be allowed to enter Delhi and trucks carrying construction material must be stopped in the entire NCR, which includes cities of Haryana, Uttar Pradesh and Rajasthan, the National Green Tribunal ordered, according to news agency ANI.

The NGT pulled up the Delhi government, the city’s municipal corporations and governments in neighbouring states for “playing” with the lives of people. “It is shameful for all the parties in this matter on what they’re passing on to the next generation,” the NGT observed.

Questioning the seriousness of the neighbouring states of Delhi in tackling pollution, NGT said even construction work hasn’t stopped despite its earlier order.

“Even construction work taking place openly isn’t being stopped, and when such a situation has ensued now action is being promised,” it said. Saying that curbing pollution is a joint responsibility of all stakeholders, NGT said that people are being denied their Right to Life.

“Articles 21 & 48 of the Constitution mandate that it is the responsibility of governments to make sure that citizens get a clean and conducive environment. Right to life is being snatched from people since they’re not getting a clean environment,” ANI quoted the tribunal as saying.

Citing a report by the Central Pollution Control Board, the NGT said PM 10 and PM 2.5 levels have been alarmingly high in the past week. “CPCB’s report has shown the extent of danger lurking in the air in Delhi NCR. Yesterday PM 10 levels, supposed to be 100, had touched 986, while the PM 2.5 levels, supposed to be 60, had reached 420. This has been the situation since the past week,” it said.

The green body also questioned Delhi government on the steps it had taken to control pollution and the number of challans it issued to violators, and the number of construction sites where work has been stopped. It also enquired why helicopters weren’t being used to sprinkle water.

It ordered industries to stop work in Delhi till the next hearing and directed the government to depute personnel to monitor activities causing pollution.

The Delhi High Court said cloud seeding to create artificial rain could also be considered. It also asked the Kejriwal government to consider implementing “odd-even vehicle movement scheme” as a short-term measure. Further, it has directed the Union Ministry of Environment, Forest & Climate Change secretary to hold an emergency meeting on pollution with chief secretaries of NCR states and pollution control agencies within three days.

The NHRC, expressing concern, sought reports, within two weeks, from the different Union Ministries and Governments of Delhi, Haryana and Punjab about the effective steps taken and proposed to be taken by them to tackle the situation.

The Secretary, Ministry of Health and Family Welfare is expected to give details about the preparedness of the government hospitals and other agencies to attend to the people affected by pollution and steps taken to create awareness among the public at large.

The NHRC emphasised immediate need for effective action by the Union and the State agencies and proper implementation of the environmental laws. “The state cannot leave its citizens to die due to the toxic haze,” it said.