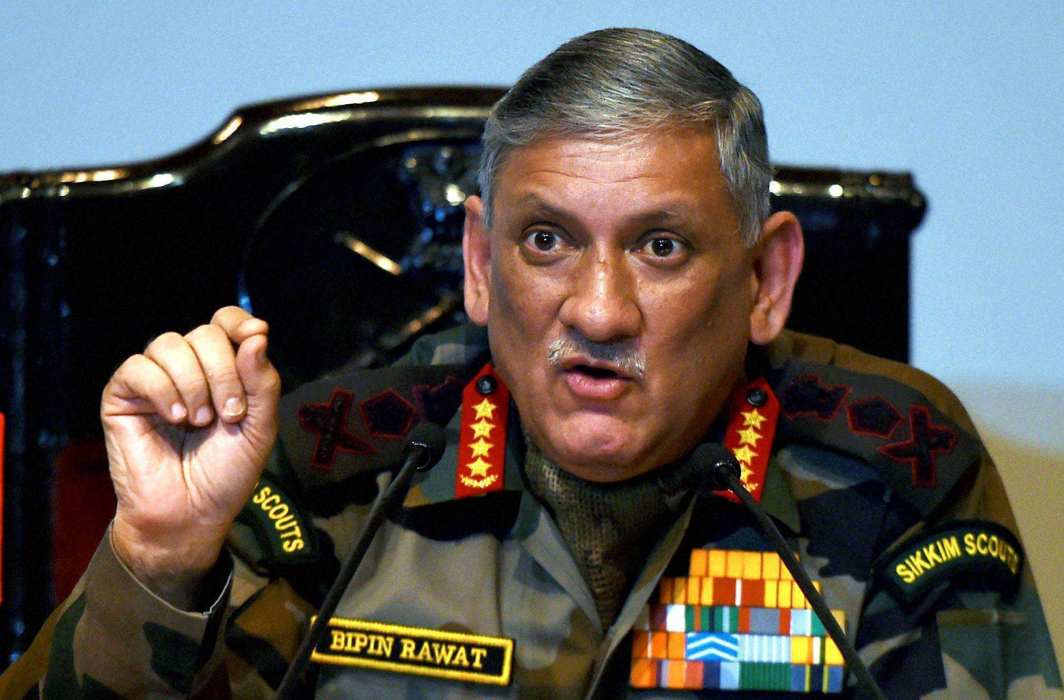 Army chief claims Centre’s Kashmir strategy has helped the armed forces to negotiate peace in the Valley from a position of strength, curb infiltration

Days after Prime Minister Narendra Modi’s government appointed former Intelligence Bureau chief Dineshwar Sharma as its interlocutor for Jammu and Kashmir to find a solution to the many problems that face the restive state, Army Chief General Bipin Rawat, on Wednesday, said that the appointment would not affect army’s operations in the Valley.

The Army chief claimed that the Centre’s strategy of dealing with the Kashmir issue so far has helped the armed forces to negotiate for peace “from a position of strength” in the conflict-prone state.

“The government’s Kashmir strategy has worked and we are negotiating from a point of strength. The situation has improved and infiltration has come down,” said General Rawat.

On Monday, Union home minister Rajnath Singh had announced that the government had appointed former IB chief Dineshwar Sharma as its interlocutor for Jammu and Kashmir. The home minister had claimed that the government had given Sharma “complete freedom” to talk to all groups and individuals in Kashmir, including separatist leaders of the Valley. The move – seen as the Centre’s belated attempt of treating the Kashmir issue as a political problem and not a security-related one – had been favourably received by the state’s key political stakeholders. Chief minister Mehbooba Mufti’s People’s Democratic Party (PDP) and Farooq Abdullah’s National Conference, had both responded positively to the move though the latter had demanded that the government must also speak to the Pakistan establishment if it really hoped for a “lasting solution”.

While General Rawat did not outline what he thought was the Centre’s Kashmir strategy and nor did he offer any credible data to prove that infiltration had indeed come down in the state – considering that home-grown as well as Pakistani militants are being gunned down in encounters in the Valley with alarming frequency – he did applaud the Narendra Modi government for its handling of the Kashmir crisis.

On the appointment of the former IB chief as interlocutor, General Rawat limited his comment to a cryptic: “Government has appointed him, let him work. It will not affect Army’s operations.”

Army Chief General Bipin Rawat also stated that the Indian Army was “also looking at electronic warfare (EW) system to keep an eye not just on borders but in the hinterland also”.