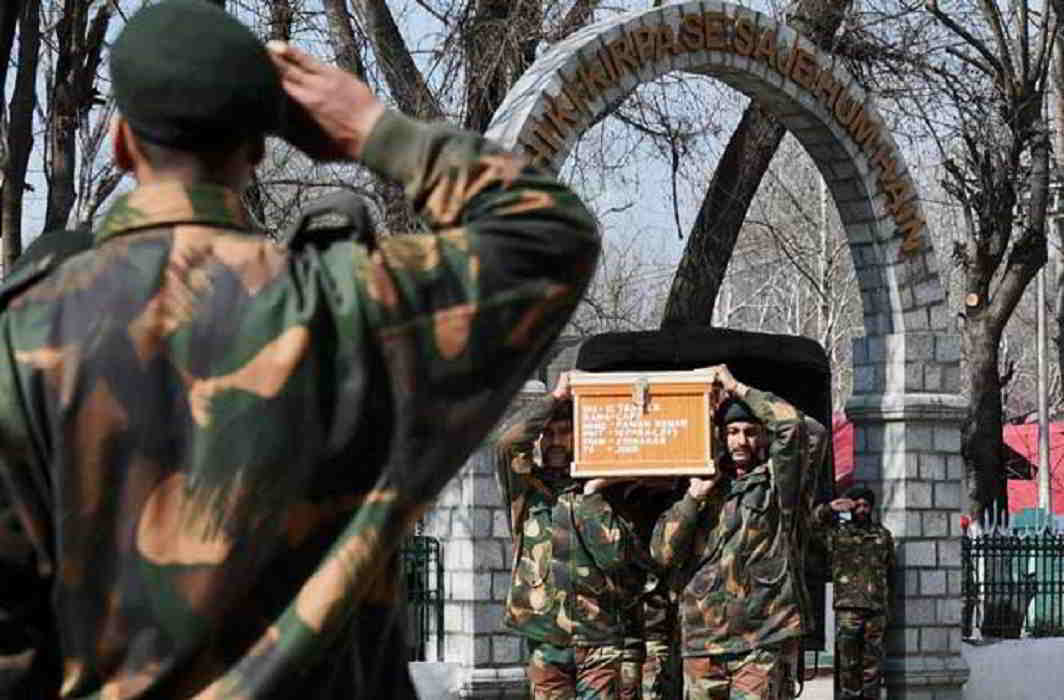 The bullet riddled body of Umar Faiyaz, who had joined the forces five months ago, was found in Herman Chowk in the heart of Shopian district.

An Army officer has been found shot dead by terrorists in Shopian district of Jammu and Kashmir on Tuesday.

The officer, identified as Lieutenant Umar Faiyaz, was kidnapped on Tuesday around 10 pm when he had gone for the wedding ceremony of his cousin in Kulgam.

The bullet-riddled body of the officer, who had joined the forces five months ago, was found in Herman Chowk in the heart of Shopian district. The Army has initiated investigations on the incident.

The Army issued a statement paying tribute to the officer: “Some unidentified terrorists yesterday abducted and then killed unarmed Army officer Lieutenant Umar Faiyaz, who had come on leave to his native place in Kulgam, south Kashmir to attend a marriage in his family. The Army salutes the braveheart and stands by the bereaved family in this hour of tragedy and commits to bringing the perpetrators of this heinous act of terror to justice.”

Former Jammu and Kashmir CM Omar Abdullah expressed grief over the death of Lieutenant Umar. “Very sad and alarming. Condolences to the family. May Lieutenant Umar Fayaz’s soul rest in peace”, he said.

There has been a spike in terrorist attacks on Army forces in South Kashmir including,  Pulwama, Shopian, Anantnag and Kulgam. The public support for terrorist groups has also increased and this put the army in great troubles during encounters.

On last Thursday, security forces carried out a huge anti-terrorist operation in the villages of Shopian district and eventually led to an encounter in which one civilian was killed.