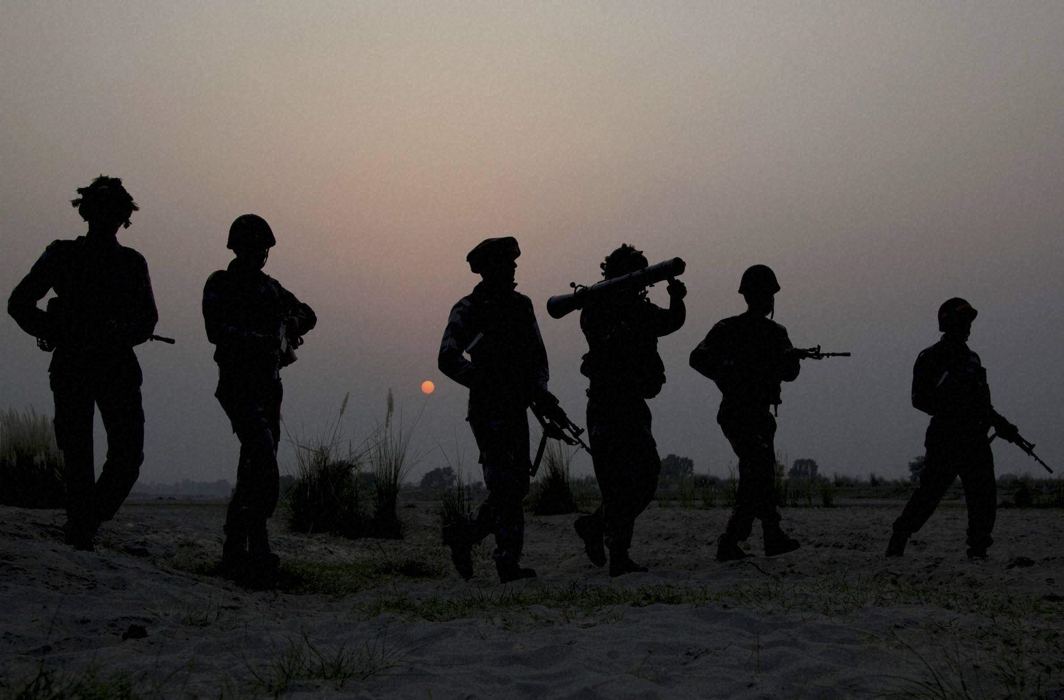 The video shows soldiers dragging the bodies of slain LeT militants from the site of the encounter into a lane and later resting their foot on the chest of the dead bodies.


Following the circulation of a video depicting Indian armed force soldiers trampling over the bodies of the slain Lashkar-e-Taiba militants, an Army spokesperson on Saturday stated that the Army has taken cognizance of the incident. The Indian Army’s reaction came after a video of the soldier’s humiliation went viral on social networking platforms. The video shows soldiers dragging the bodies of the LeT militants from the site of the encounter into a lane. Security force official were also seen resting their foot on the chest of the Pakistan-based terrorists.

Reacting to the soldiers humiliation to the corpse of the militants, Srinagar-based Defence spokesperson Col. Rajesh Kalia said, “Army has taken cognisance of the video and suitable action will follow.”

While the army readies to take action against the soldiers for their inappropriate behavior, the terror outfit’s spokesperson Mehmood Shah termed the incident as inhuman, unethical and unacceptable. Further stating that the army action will cause much trouble, the Let spokesperson warned, “We will take revenge for our martyrs.”

Days back, Lashkar-e-Taiba commander, Abu Ismail was killed by security forces in Aribagh area of Nowgam. The 26-year old Pakistani national, who is a key player behind the Amarnath Yatra attack, had infiltrated into India about two years ago. Reportedly, Ismail was recently put in charge of LeT’s terror operations in the Kashmir valley. Following inputs that the Lashkar commander was hiding in the outskirts of the city, Army officials and the police cordoned the area and gunned down two militants including Ismail. Apart from being the architect of the Amarnath yatra attack, Ismail was also involved in other attacks including many on police officials at the valley. Ismail emerged as the top operative of LeT after security forces executed Abu Dujana last month.

In another major encounter in recent days, two Hizbul Mujahideen terrorists have been gunned down at Khudwani in Kulgam district of Jammu and Kashmir. Reportedly, following an intense gunfight which broke out early on 4th September, armed forces have also arrested an over ground worker (OGW) belonging to the same terrorist outfit.