Army veterans write to President Kovind, request him to act against fake news on Muslim regiment 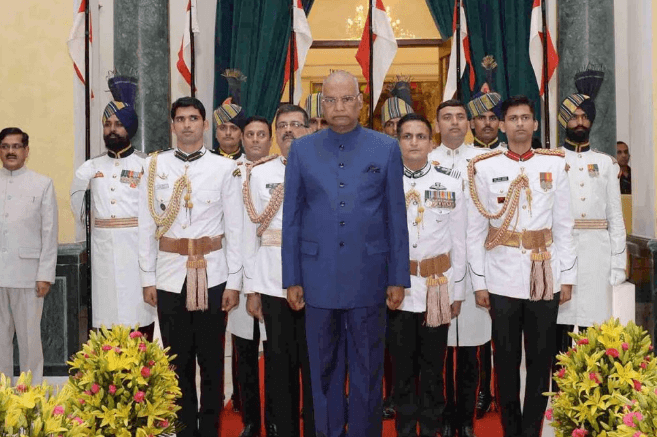 As many as 120 veterans of the Indian armed forces have written an open letter to President Ram Nath Kovind requesting action against those who spread fake news of a non-existent Muslim regiment of the Indian Army that refused to fight in the 1965 war against Pakistan.

The letter said that when falsehoods like the Muslim regiment posts were repeated often as they had been, the people assume it to be the truth, especially when there was no official action against the perpetrators. The objectionable post tried to portray that Muslim soldiers in the Indian Army had their loyalties to Pakistan rather than India.

The letter refuted the claim that the Indian Army had a Muslim regiment in 1965.  The Muslim regiment post has been re-tweeted many times thereafter, and its insidious surfacing during the on-going Chinese aggression, was certainly suspect, the letter said.

In the backdrop of the Chinese aggression, the Muslim regiment posts would be condemnable and need serious attention of government and expeditious action to counter Pakistan propaganda, the letter observed. The signatories appeal  to ensure that the vision and spirit of the Constitution of India and preserve the secular and apolitical character of the armed forces.

The signatories further urged the President, the supreme commander of the armed forces, to identify and charge individuals who made Muslim regiment posts for anti-national activities and issue warning to social media providers Facebook and Twitter for enabling the posts. Moreover, they further urged to issue immediate instruction to all state governments that the generation of false and seditious messages in social media should be acted upon with alacrity so as to not jeopardise national security.