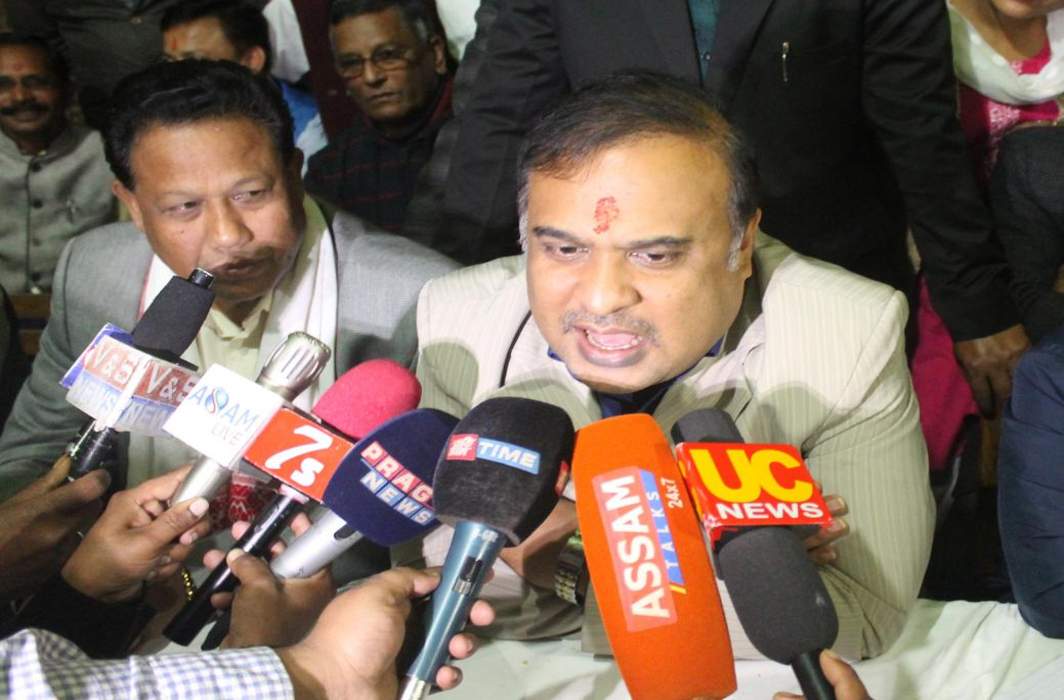 Despite video footage showing him clearly saying ‘cancer is divine justice for sins committed’ by a person, the BJP leader, on Thursday denied making the remark

In a ridiculous remark that reeks of insensitivity, Himanta Biswa Sarma, arguably the BJP’s most prominent face in the North East and minister for finance, health and education in the Assam government, claimed at a government event in Guwahati on Wednesday that to be afflicted by cancer is divine justice for a sins committed by an individual.

God makes us suffer when we sin. Sometimes we come across young people suffering with cancer. If you see th background you will come to know that it is divine justice. We have to suffer divine justice: Assam Health Minister Himanta Biswa Sarma in Guwahati (21.11.17) pic.twitter.com/U2ZS5LI1vO

Sarma, who had switched from the Congress to the BJP in the run up to last year’s Assam assembly elections and has since become the saffron party’s poster boy in the North East, made the obnoxious comment at an event organised by the state government to distribute appointment letters to 248 school teachers in Guwahati.

A video of Sarma’s speech, delivered in a mix of Assamese and English, shows him saying: “Hinduism believes in karmic law and human suffering is linked to karmic deficiency in past life…People cannot compensate for the sins that are committed against the Unseen. Many often wonder why a person has been afflicted by cancer, why a young man has been affected by cancer. But when you see the background, it will be found that it is divine justice, nothing else.”

“Nobody can escape divine justice… God makes us suffer when we sin… We have to suffer that divine justice,” Sarma can be heard saying in the video.

The comments immediately triggered a furore on social networking sites with many, including senior Congress leaders, hitting out at the BJP leader for his insensitive remarks.

Former Union finance minister and Congress veteran P Chidambaram took a swipe on Sarma on Twitter, triggering a spat with the BJP leader who flatly denied having made any such comment. While accusing Chidambaram of trying to distort his comments, Sarma however stuck to his argument of “karmic deficiency” being linked with people’s suffering.

'Cancer is divine justice for sins' says Assam Minister Sharma. That is what switching parties does to a person.

Sir, please do not distort. Simply I said that Hinduism believe in karmic law and human sufferings are linked to karmic deficiency of past life.Don’t you belief that too?Of course in your party I do not know whether Hindu philosophy can be discussed at all https://t.co/P7CMBIRCYQ

Congress leader Kapil Sibal too hit out at Sarma over his remarks, stating that Sarma being a minister was in itself a “divine injustice”.

That such a person is minister is divine injustice .

It wasn’t just political opponents of Sarma and the BJP who took offence at the evidently absurd remark. Even common members of Twitter, including many who had lost their loved ones to cancer, expressed their reservations over Himanta Biswa Sarma’s statement and his subsequent clarifications.

I don’t tweet about personal issues.But I have to say this-my niece was only 11yrs old when she lost her father to cancer.Innumerable families have gone through the unspeakable pain & trauma of Cancer.I wouldn’t wish it even upon worst enemies.Shame on you Mr.Min @himantabiswa https://t.co/eatFK35fsK

No am sorry sarma : my dad died of cancer and I don’t see any karmic law in this ...

This man is a state health minister in India. Dear God. https://t.co/5oPjFlwDB7

If @himantabiswa actually believes this he should quit and hand over the health ministry to a pujari! Fix karma. https://t.co/tU5LPrs1qZ