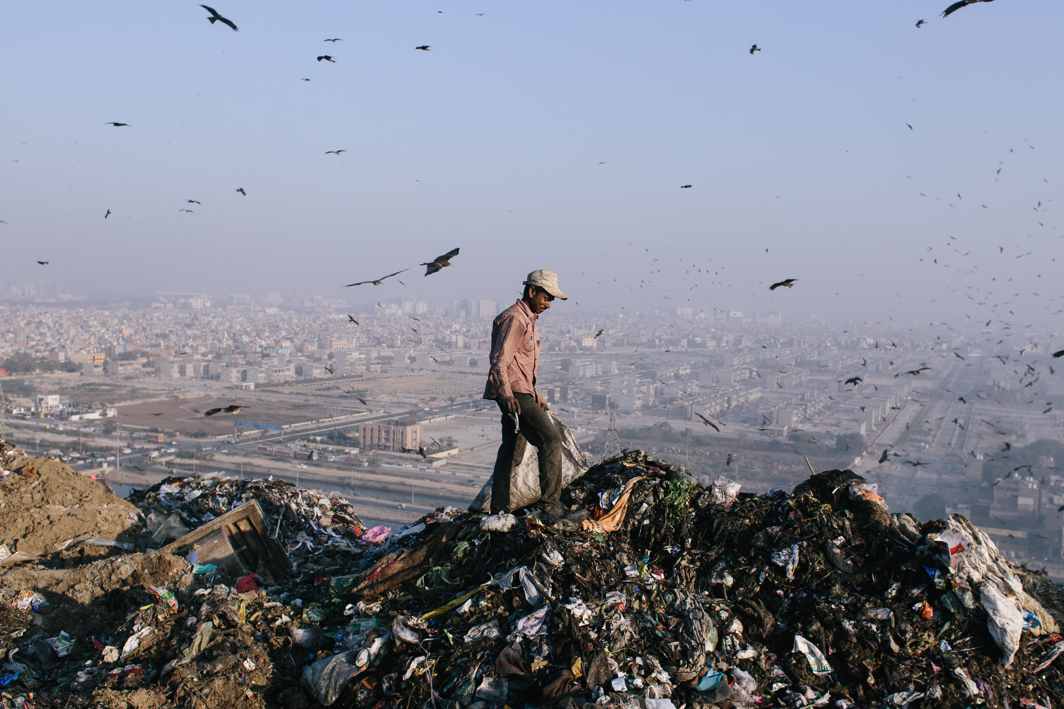 File photo of the Ghazipur landfill

The massive 50-meters tall landfill at Ghazipur is one among the four major garbage dumping spots in Delhi.

In a tragedy that was waiting to happen, a portion of the mammoth mountain of trash – East Delhi’s Ghazipur landfill – caved in on Friday, killing at least two people – a man and a woman – while sweeping away around 5 vehicles into the nearby Kondli canal.

Rescue operations are currently underway at the site and the Delhi police suspect that more people may be buried under the pile of garbage. By late Friday evening, five people had been pulled out of the debris of the landfill by a team of National Disaster Response Force (NDRF), Delhi police and locals with the help of ropes and divers.

As reported by the Hindustan Times, Raj Kumar, a woman in her early 20s, is one among the two victims who lost their life as the 150-feet heap of garbage hit the road.

Confirming the two deaths, East Delhi Municipal Corporation (EDMC) Commissioner, Ranbir Singh said: “Rescue operation is underway. Reason of the incident can be ascertained only after investigation. At least two people have died in the accident so far but we can’t confirm the total number of casualties till the rescue operations are over.”

The road the victims were on is flanked by canals on either side. The landfill is across from one of the canals, and when a part of it collapsed into the water at around 2:30pm, it sent a wave of water that swept people into the canal on the other side. “We pulled out four persons from the drain. Two of them died. We are unsure about how many more people are inside,” said Satya Sundaram, Additional DCP (east).

The Ghazipur landfill is among four main garbage dumping spots in the national capital, towering to a height of nearly 50 metres — more than 15-storey high. The landfill normally receives a fourth of the Delhi’s 10,000 tonne-trash generated every day but due to the monsoon, the inflow was higher at 3,000 tonnes a day.

As is usually the norm with such tragedies, politics over the incident kicked in shortly after news of the cave-in broke. Delhi Chief Minister Arvind Kejriwal and Deputy Chief Minister Manish Sisodia visited the site of the landfill site and blamed the apathy of the BJP-ruled Municipal Corporation of Delhi for the mishap. Kejriwal said that he will put pressure on the MCD to look for alternatives for waste disposal and that over-stuffed landfills like the one at Ghazipur should not be used.

Delhi government’s spokesperson Nagendar Sharma took to Twitter to hit out at the municipal corporations of Delhi and the Delhi Development Authority (DDA) for their apparent negligence.

MCDs don't have time to address municipal solid waste management issues; DDA not ready to give land for alternate sites -recipe for disaster