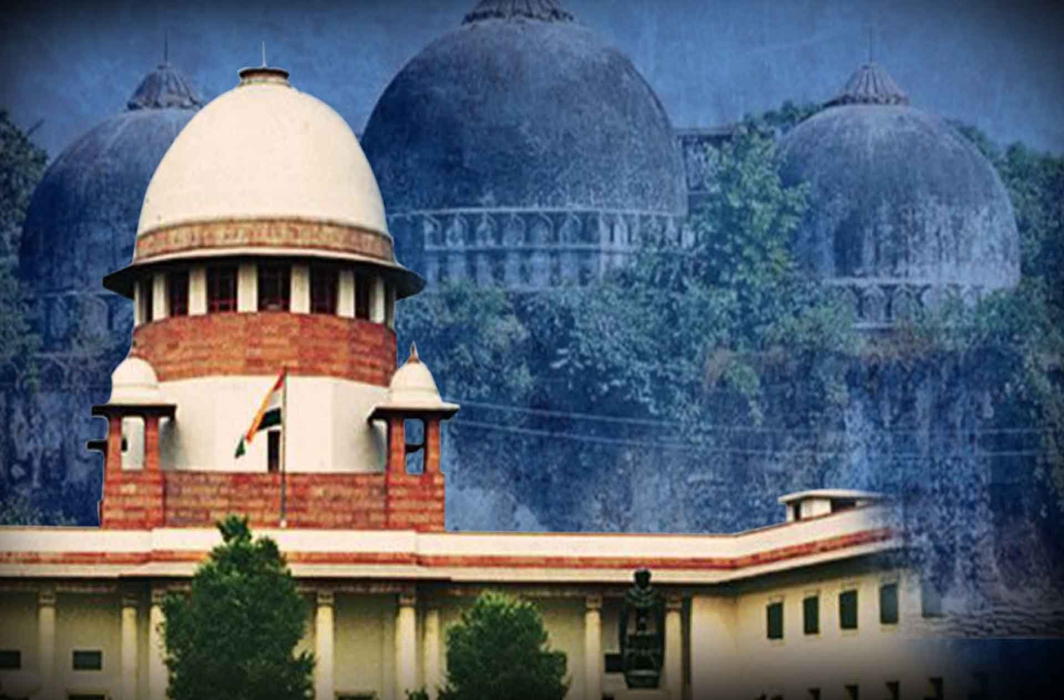 Chief Justice Ranjan Gogoi today – Thursday, Sep 12 – condemned Uttar Pradesh minister’s comment that the Ram temple the BJP has promised in Ayodhya will be built since the “Supreme Court is ours”.

“We deprecate such statements,” said Chief Justice Gogoi, who is heading the five judge Constitution Bench that is hearing the case on Babri Masjid-Ram Janmabhoomi title dispute on a daily basis.

Senior advocate Rajeev Dhavan, representing the Muslim parties, told the court on the 22nd day of hearing that the atmosphere is not conducive to continue arguments on the matter.

Rajiv Dhawan also alleged that he has received a threat message on Facebook and yesterday his clerk was assaulted by few other persons in the apex court premises. He also cited the comments made by Mukut Bihari Verma, the cooperative minister in Uttar Pradesh.

In September last year, the minister had said, “The BJP has come to power on the issue of development but Ram Mandir will be constructed as it is our determination. The matter is in Supreme Court and the Supreme Court is ours. The judiciary, administration, the nation as well as the Ram Temple belong to us.”

This morning, when the bench assembled to commence hearing in the decades old politically sensitive case on 22nd day, senior lawyer Rajeev Dhavan, appearing for the Sunni Waqf Board and others, alleged that he has received a threat message on Facebook warning that “they will see him outside the court”.

Claiming that he was “under pressure”, Dhavan said that some people also messaged him asking which side he was on and whether he is against the deity (Ram).

“I cannot go on filing contempt after contempt,” said Dhavan. He had previously filed a contempt plea after he received a letter on August 14, 2019, from N Shanmugam, a retired education officer, threatening him for appearing for the Muslim parties.

Dhavan said this was only one of several instances of threats received by him for appearing in the case.

“It needs to be mentioned that the petitioner has been accosted both at home and in the court premises with intimidating behaviour by several persons,” he said, and referred to several WhatsApp messages sent by Sanjay Kalal Bajrangi in this context, reported The Hindu. He annexed screenshots of the messages in his petition.

The court also agreed to look into a complaint made by Iqbal Ansari, a litigant in the Ayodhya appeals, about an alleged instance of intimidation and attack on him.

Dhavan had informed the Constitution Bench that Ansari was accosted by a couple at his own house in Faizabad. They told him to withdraw from the case or face dire consequences. The woman had even introduced herself as an “international shooter”.

“This should not be happening in the country. We deprecate such statements… Both sides are free to put their arguments before court without any fear,” Chief Justice Gogoi said. The court also asked Dhavan if he needs security, but he declined the offer.

Clarifying that he was not “arguing against Hindu faith”, Dhavan said he had been non-partisan when it comes to arguing a case, which he did while arguing Kashi and Kamakshya cases in past.

The court is hearing appeals against the September 30, 2010 verdict of the Allahabad High Court in the case.

On August 8, a five-judge bench headed by CJI and including Justices DY Chandrachud, SA Bobde, Ashok Bhushan and SA Abdul Nazeer, had said that it will hear the Ayodhya title dispute case five days in the week – from Monday to Friday.

The Ayodhya dispute involves 2.77 acres of land in Ayodhya, where a 16th century mosque – said to have been built by Mughal emperor Babur – once stood. In December 1992, it was razed by Hindu activists who believe that the mosque was built on the ruins of a temple that marked the birthplace of Lord Ram. In the days that followed, thousands died in riots across the country.