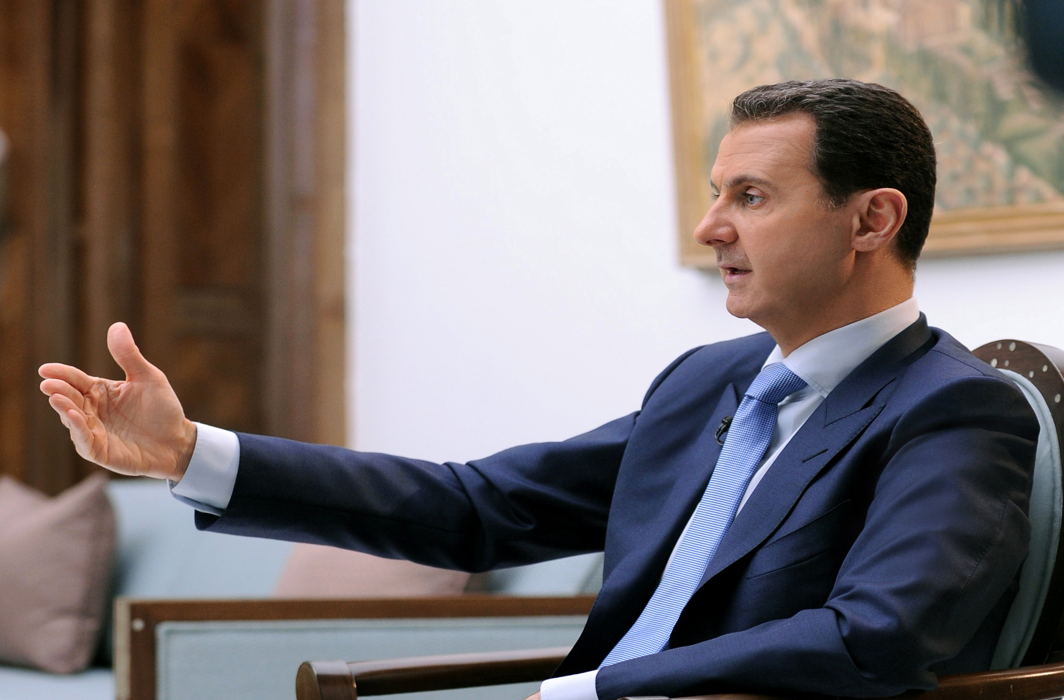 In a direct confrontation with major powers,Syrian President Bashar al-Assad has said that the American, French, Turkish and Israeli troops in his country are occupying forces and assured his government’s support to any resistance against terrorists and those occupying the territories.

Assad made these remarks, while talking in an exclusive interview with Tehran based Arabic Al-AlamTV channel owned by state entity Islamic Republic of Iran Broadcasting (IRIB) on Wednesday. He stressed that Syria’s position is to support “any act of resistance, whether against terrorists or against occupying forces regardless of their nationality.”

Regarding the presence of Hezbollah fighters in Syria, President Assad said that “the battle is long and the need for these military forces will continue for a long time.”

He also clarified that there are no Iranian military bases in Syria. But he said that Damascus will not hesitate to allow them if there is a need.

Assad also noted that it is not yet decided how the situation in Syria’s militant-held southwest will be resolved.”We are giving the political process a chance. If that doesn’t succeed, we have no other option but to liberate it by force,” he said.

Earlier, while talking to London based Daily Mail, Assad accused the West of fueling the crisis in his country in an attempt to oust his government.He reportedly said, “We are fighting the terrorists, and those terrorists are supported by the British government, the French government, the Americans and their puppets whether in Europe or in our region.”

Assad further said that the whole approach toward Syria in the West is, “We have to change this government, we have to demonize this president, because they don’t suit our policies anymore.”

Hezbollah fighters and Iranian military advisors have played important role in fight against Daesh (IS) and other terrorist groups in that country. Both were invited by Damascus government. However, the forces from US, France and Turkey do not have UN mandate or Damascus invitation.

Israel has been occupying Golan Heights for decades where Israeli and US citizens are stationed. Residents of Golan Heights went hiding recently during Syrian retaliatory missile attacks. Israeli had alleged Iranians for the attacks.

In an effort to hide their support to Daesh and other terror groups in Syria the US and Israelhas called for Iranian advisors and Hezbollah’s fighters to leave Syria. However, Damascus close proximity with Tehran and Lebanon based Hezbollah continues.

There are reports that Israel launches frequent attacks against targets inside Syria to support terrorist groups that have been suffering heavy defeats at the hands of Syrian soldiers supported by Hezbollah and Iranian advisors.