As per the BCCI's new dietary plan of the Indian cricket team, the players are allowed to eat pork and beef in any form and variety in order to keep themselves fit and healthy. 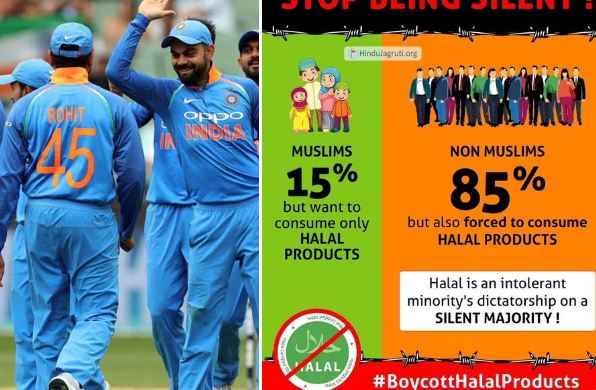 As per the BCCI’s new dietary plan of the Indian cricket team, the squad is allowed to eat pork and beef in any form and variety in order to keep themselves fit and healthy. If anyone wants to have meat, then it should be only in halal form, players can’t eat any other form of meat whatsoever, it added.

Fans took to Twitter to express their outrage on the reports surfaced online where players had been ordered to adhere to the restricted diet plan and also slammed the BCCI for promoting halal meat.

Tweeple questioned the move, saying that when the majority of the players are Hindus and as per their religion eating ‘Halal’ meat is strictly prohibited, how could the BCCI or the Indian team management force them to go against their religion.

Many users asked is India an Islamic nation?

There are two ways to slaughter an animal. The halal method involves cutting the animal and allowing it to bleed out slowly, whereas the ‘Jhatka’ approach involves slaughtering the animal all at once.

In Hinduism and Sikhism, eating Halal meat is forbidden, but Muslims eat only halal meat and abstain from eating any other type of meat.

Team India started its new era under Rahul Dravid and Rohit Sharma and registered a 3-0 clean sweep over New Zealand in the T20I series.

The first test between India and New Zealand will be played in Kanpur on Novembe 25.