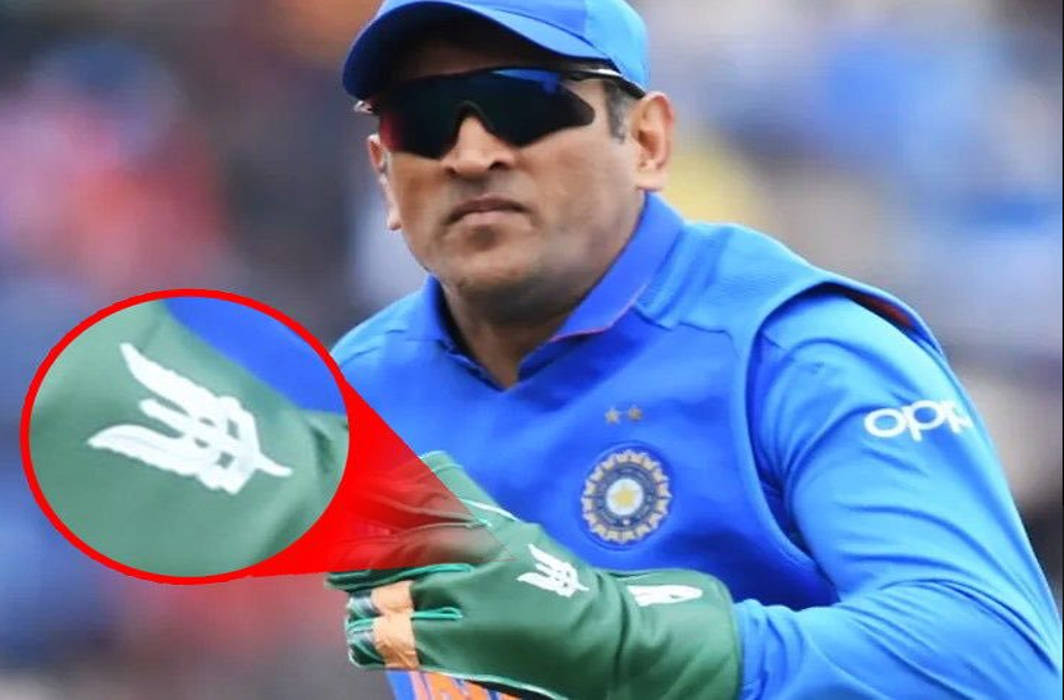 The Board of Control for Cricket in India (BCCI) has defended MS Dhoni after the International Cricket Council (ICC) objected to the army crest on his wicketkeeping gloves during India’s World Cup 2019 opening match against South Africa on June 5.

Committee of Administrators chief Vinod Rai confirmed that BCCI has written a letter to the International Cricket Council seeking permission for Dhoni to wear the gloves with the army badge.

“We have already written (to ICC to seek permission for MS Dhoni to wear ‘Balidaan’ insignia on his gloves), will speak more after the meeting (CoA meeting),” Vinod Rai said.

Chairman of Indian Premier League, Rajeev Shukla said the ICC should not have any objection to let MS Dhoni wear the gloves as there is no commercial aspect involved in the gesture.

“It’s not a commercial or a religious thing. It’s only about the country’s pride. So I don’t think the ICC should have any objection because it has got nothing to do with commercial endorsements,” Rajeev Shukla said.

Dhoni, an honorary Lieutenant Colonel with the Indian Territorial Army, has been sporting the Balidaan Badge on his gloves and caps for quite some time now.

However, the rules of the International Cricket Council (ICC) clearly state that equipment and clothing regulations do not permit the display of messages that relate to political, religious or racial activities or causes during an international match.

Former Indian footballer Bhaichung Bhutia has advised Dhoni to keep sports above everything else and also added that if ICC wants him to remove Balidaan Baddge, then he should act accordingly.

“A player should go by the rules and regulations. If it’s against that, then Dhoni will have to remove it,” the torchbearer of Indian football told the media.

On other hand, former Indian track and field sprinter Milkha Singh contradicted Bhutia and rather supported Dhoni’s patriotic move. “He did the right thing,” Singh told the media.

While the ICC’s intervention and disapproval of Dhoni’s “Balidaan” badge was met with heavy criticism from fans on Twitter, who have explicitly expressed their support to the 37-year-old Indian cricketer.

Dear all at @ICC ,when you are done with which symbol a legendary cricketer (read MS Dhoni) wears on his glove, pls do take time to check out the standard of umpiring.
The World Cup?Really now!
BTW The 'Balidaan Badge' doesn't disrespect anyone.#DhoniKeepTheGlove#AUSvWI #CWC19 pic.twitter.com/IDTK6ELrC5

Indian Army has always been independent irrespective of the political party in power. We are proud of them. Lt. Col. @msdhoni has worn the Army insignia as a symbol of pride. Doesn’t hurt anyone’s sentiments, In fact it honours the brave #DhoniKeepTheGlove #WorldCup2019

Meanwhile, Pakistan’s Federal Minister for Science and Technology, Fawad Chaudhry hit out at MS Dhoni for sporting the Balidaan Badge at the World Cup.

“Dhoni is in England to play cricket not to for MahaBharta , what an idiotic debate in Indian Media, a section of Indian media is so obsessed with War they should be sent to Syria, Afghanistan Or Rawanda as mercenaries,” Fawad Chaudhry tweeted.

Dhoni is in England to play cricket not to for MahaBharta , what an idiotic debate in Indian Media,a section of Indian media is so obsessed with War they should be sent to Syria, Afghanistan Or Rawanda as mercenaries.... #Idiots https://t.co/WIcPdK5V8g

Mahendra Singh Dhoni, who was conferred the honorary rank of Lieutenant Colonel in the Parachute Regiment in 2011 and had undergone basic training under the Para Brigade in 2015, showed his love for the Army during India’s maiden clash against South Africa on June 05.

The ‘Balidaan’ badge or patch can be worn by personnel who served in the Para Special Forces, and Dhoni had undergone a two-week initial training with the para regiment.