Bigg Boss 14 promo: Finalists get teary-eyed after seeing their bitter-sweet journey on screen

In the recent promo shared by Colors TV, finalists Rubina Dilaik, Nikki Tamboli, Rahul Vaidya, Aly Goni and Rakhi Sawant got teary-eyed when Bigg Boss gave them a sneak peek into their time spent in the Bigg Boss house. 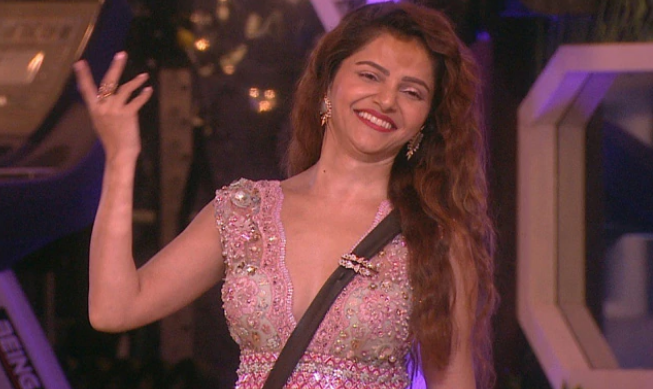 With popular reality show Bigg Boss 14 just a day away from grand finale, contestants were seen getting emotional after seeing glimpses of their bitter-sweet journeys in the house. In the recent promo shared by Colors TV, finalists Rubina Dilaik, Nikki Tamboli, Rahul Vaidya, Aly Goni and Rakhi Sawant got teary-eyed when Bigg Boss gave them a sneak peek into their time spent in the Bigg Boss house.

Rakhi Sawant burst out into tears when Bigg Boss termed her original entertainment and credited her for giving immense popularity to Bigg Boss. An emotional Rakhi expressed her gratitude and said Koti koti Pranam Bigg Boss.

Rubina Dilaik, who is one of the favorites to win the show, said it was most beautiful and memorable moment of her life after seeing her journey. Dilaik had entered the show with husband Abhinav Shukla to give second chance to their marriage as the couple was heading towards divorce and facing compatibility issues.

Next in line to see their journey was singer Rahul Vaidya, one of the strongest contestants in the show. Rahul praised the show and said he regrets not being part of it earlier.

Finalist Aly Goni, who had entered the show to support rumored girlfriend Jasmin Bhasin and later became friends with Rahul Vaidya as well, was hailed by the Bigg Boss for always standing with his friends leaving him emotional.

The first confirmed contestant of Bigg Boss 14 Nikki Tamboli was praised by Bigg Boss for her confidence and winning attitude. Tamboli said participating in Bigg Boss was a dream come true for her.

Bigg Boss 14 will end on January 21 with the announcement of the winner during grand finale. Rubina Dilaik and Rahul Vaidya are being considered the favorites to win the reality show.