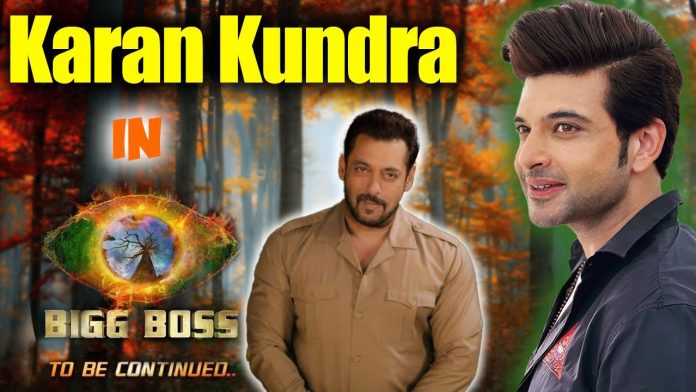 Television actor and well-known name of small screen Karan Kundra likely to enter in the upcoming season of Big Boss 15. According to the media reports and all the speculation, it has been revealed that Kundra might participate in Big Boss 15.

There are speculations that along with Karan Kundra popular faces of the television industry such as Amit Tandon, Reem Shaikh, and Splitsvilla contestant Simba Nagpal might participate in the upcoming reality show.

Meanwhile, Karan Kundra was last in Yeh Rishta Kya Kehlata Hai in the lead role as Ranveer Chauhan, his character got a lot of appreciation from fans, friends and colleagues.

The actor recently came in limelight after his breakup with his girlfriend Anusha Dandekar. However, the duo never announce their breakup publically but Anusha shared some of the post on her social media that gave a solid hint about it.

Currently, the actor having enjoys a massive fan following on photo-sharing application Instagram almost about 2.3 million. The actor has also hosted many reality shows that include, Roadies, Love School, Gumrah End Of Innocence, Pyaar Tune Kya Kiya and many more.

The upcoming season of the most controversial reality shows Big Boss 15 will start from October this year. However, there is no update about the dates as of now.

The makers already shared the promos of the upcoming season of Big Boss 15 on digital platforms, which getting a positive response from the people.

In the promos, Actor Salman Khan can be seen hosting the show with a new jungle theme. Reports said, the makers might air the Bigg Boss when the current Bigg Boss OTT will reach its finale.