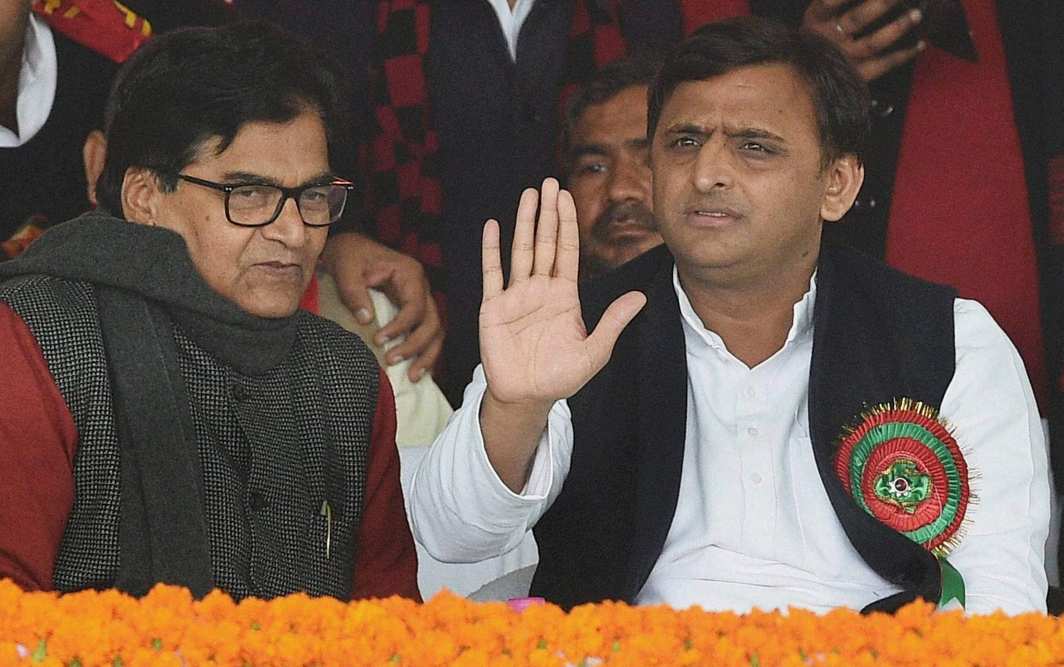 Resignations came hours after Amit Shah arrived in Lucknow for a 3-day visit, could pave the way for induction of Yogi Adityanath and his ministers into UP Assembly without facing an election

Days after a massive drama in Bihar ending with BJP forming a coalition government and slew of resignations by Congress legislators in Gujarat gave the saffron party a clear advantage in the ensuing Rajya Sabha polls, Uttar Pradesh was hit by a similar political storm that gave the BJP ample reason to cheer at the cost of the Samajwadi Party (SP) and Bahujan Samaj Party (BSP).

Within hours of BJP national president Amit Shah landing in Lucknow for his three-day organisational visit, three members of the Uttar Pradesh Legislative Council – two from the SP and one from the BSP – tendered their resignations and indicated that they could join the saffron party.

Samajwadi Party chief and former chief minister Akhilesh Yadav was quick to dub the resignations as part of a BJP conspiracy aimed at helping Yogi Adityanath and some other ministers of his cabinet to avoid facing a by-election for their induction into the UP Assembly.

Chief Minister Yogi Adityanath, bhis deputy Keshav Prasad Maurya and ministers in the Yogi government – Dinesh Sharma, Swatantra Dev Singh and Mohsin Raza – are due to get elected to either house of the UP legislature by August in order to continue in office. The resignations pave the way for Adityanath, Maurya and at least one minister in the state cabinet to get elected as MLCs. There has been speculation that the BJP is not confident of Maurya’s victory in the Assembly by-poll and earlier there had also been rumours that to avoid a defeat, the party may even ask him to resign from the UP cabinet and continue as a Member of Parliament from Phulpur.

The political grapevine has also been abuzz with rumours that should Maurya vacate his Lok Sabha seat, BSP supremo Mayawati – who recently resigned from her Rajya Sabha seat – could contest the Phulpur by-poll as a joint candidate fielded by the Opposition – an advice that was mooted by RJD chief Lalu Prasad Yadav before the collapse of the Mahagathbandhan government in Bihar.

The MLCs who submitted their resignations to the Legislative Council chairman Ramesh Yadav include Bukkal Nawab and Yashwant Singh of the SP and Thakur Jaiveer Singh of the BSP. Yashwant Singh, a close aide of Raghuraj Pratap Singh alias Raja Bhaiyya, formerly a minister in the previous SP government and a known Akhilesh-baiter, even declared that he was “vacating the seat for CM Yogi ji” and that he was upset with Akhilesh ever since he “called India weak and glorified China while speaking in the UP Assembly”.

There was also speculation that another SP MLC, Madhukar Jaitley, could resign from the post.

Reacting to the surprise resignations of his party’s MLCs, Akhilesh said: “After the large scale political corruption in Bihar, it seems the same will be done in Uttar Pradesh… people are seeing what is happening. I will ask Bukkal Nawab (one of the MLCs to resign and also a close aide of Akhilesh’s father Mulayam Singh Yadav) why he was not giving the BJP leaders a chance to face a direct… (why) some MLCs are being lured and tutored so as to enable the BJP leaders to not face the people and get elected as MLCs instead”

Bukkal Nawab, on the other hand, hit out at Akhilesh for deserting his father last year ahead of the UP assembly polls and said he was disillusioned with the state of affairs in the party and felt suffocated in the SP. “They shouldn’t write Samajwadi Party but rather should say ‘Samajwadi Akhaada’ since the party has now become a wrestling arena. If Akhilesh could not stay loyal to his own father then how would he be with the people,” Nawab said after submitting his resignation.

The setback for Akhilesh comes a day after his uncle and senior SP leader Shivpal Yadav gave clear indications of forming a new party – Samajwadi Secular Morcha – if the differences in the SP continue to grow.