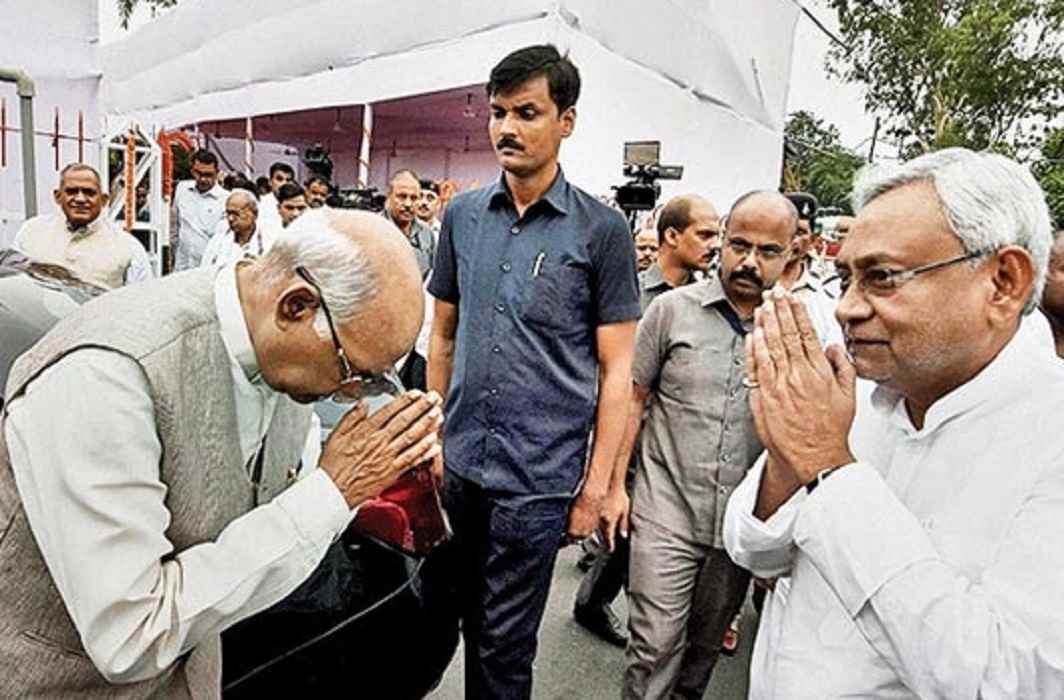 In what could be called a major setback to the possibility of fielding a united Opposition candidate in the presidential elections, Bihar Chief Minister Nitish Kumar and his party lawmakers on Wednesday lent support to BJP’s choice of Ram Nath Kovind as the next President of India.

Deserting the grand alliance, led by ruling JD(U), RJD and Congress in Bihar, Nitish told Congress president Sonia Gandhi that he will support the Opposition in all other issues, but he will make an exception for the presidential elections. “He will have a positive attitude towards Kovind,” India Today reported.

Earlier, Nitish Kumar met BJP pick for President, Ram Nath Kovind at the Raj Bhavan on Monday told reporters, “In my capacity as the Bihar Chief Minister, it is a matter of happiness that our Governor has been declared as the candidate for the next President of India.”

BSP Chief Mayawati also did not oppose Kovind’s selection. “The BSP’s stand cannot be negative towards a Dalit nominee for the post of President. Our stand will be positive provided the opposition does not field any Dalit for the top post,” she said.

Earlier, on Tuesday, CPI leader D Raja told NDTV that they are not in full support to nominate Dalit leaders Meira Kumar or Sushil Kumar Shinde. “Left is waiting for the Congress to decide on the issue. It is a battle of ideologies, we will field a candidate,” Raja added.

The opposition parties will be meeting at the Parliamentary Library on June 22 around 4.30 pm and are likely to pick a consensus candidate. The presidential election will be held on July 17 and the results will be declared on July 28.