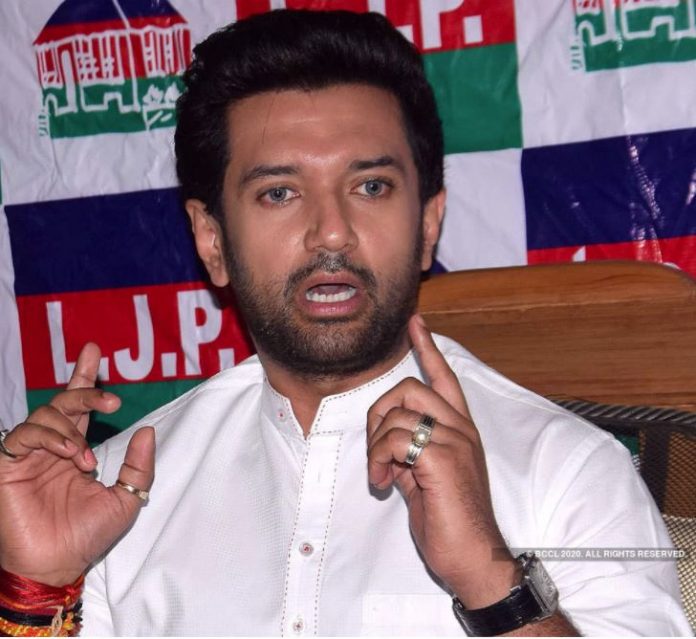 Earlier on Sunday, Prime Minister Narendra Modi, Nadda and others in the party’s central election committee held discussions on Bihar seat-sharing formula and list of candidates. Reports said the BJP and the JD(U) are likely to divide the 243 almost equally.

Chirag Paswan, the LJP leader, announced on Sunday that the party will field its candidates against Nitish Kumar’s Janata Dal (United) in 143 constituencies but not against the BJP. Paswan clarified the party had a problem with Chief Minister Nitish Kumar even though it had no bitterness against the BJP. Paswan, whose father Ram Vilas Paswan is a minister in the Modi government, said the LJP and the BJP would form the government in Bihar after the polls.

Earlier, the LJP had threatened to exit the NDA if not allowed to contest from 42 seats and the BJP had reportedly offered 27 seats to the LJP but the party had rejected the offer.

Over the last few months, Chirag Paswan has been critical of Bihar Chief Minister Nitish Kumar over various issues including the development agenda for Bihar as promised during the 2015 election, the migrant disaster and his handling of the Covid-19 pandemic.

The first phase nomination process for 71 of the total 243 seats has begun from October 1 and will end on October 8. Bihar will go to polls in three phases: October 28, November 3 and November 7. November 10 will be the day the votes are counted.