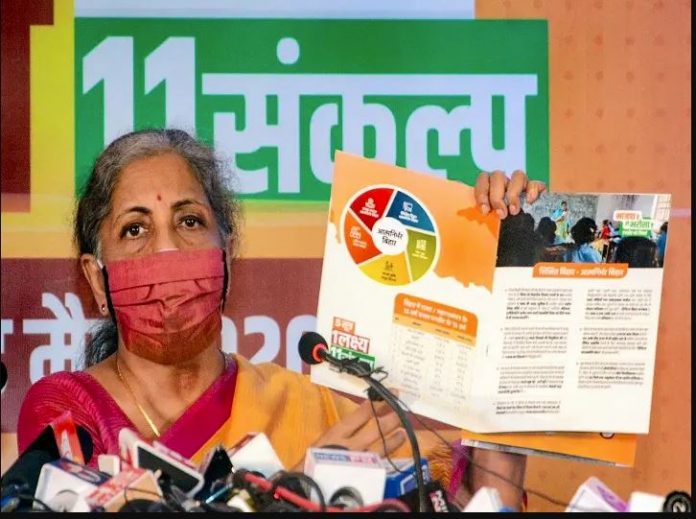 The BJP on Thursday became the first party, possibly in the world, to offer a free coronavirus vaccination as part of its manifesto for the Bihar Assembly election 2020.

The manifesto released by Union Finance Minister Nirmala Sitharaman promised 19 lakh jobs, as opposed to the 10-lakh jobs promise made by Rashtriya Janata Dal CM hopeful Tejashwi Yadav, though the BJP had chided Yadav for coming up with such an unrealistic figure.

Presenting the BJP manifesto in Patna, Sitharaman said the Covid-19 vaccine will be available soon for production at a mass scale and every person in Bihar will get free vaccination. Social media is debating whether the free vaccine promise in the manifesto will mean residents of other states in the country will need to pay for their shots.

On the jobs front, Tejashwi Yadav had recently announced 10 lakh government jobs in Bihar. Assuring the people of Bihar, Tejaswi had said the jobs will be sanctioned in the very first cabinet meeting. In an attempt to weaken opposition leader Yadav’s promise of 10 lakh jobs, the BJP manifesto has gone one up, offering 19 lakh in place of his 10 lakh.

Addressing a rally at Gopalganj, Siwan on Tuesday, Bihar Chief Minister Nitish Kumar replied to Yadav’s jobs claim, saying don’t mislead the people of Bihar by giving them a fake promise. Kumar asked as to how many jobs the RJD provided during its 1990-2005 rule.

The Congress and Lok Janshakti Party released their respective manifestos for the Bihar Assembly elections on Wednesday. The Congress manifesto focused on farmers, loan waivers and the legislations to reject farm laws passed by the Parliament while the LJP came up with the slogan Bihar first, Bihari first.

In Bihar polls, the BJP is contesting as part of the National Democratic Alliance, along with the Janata Dal (United), the Hindustan Awam Morcha and the Vikassheel Insaan Party. Bihar goes to polls on October 28, November 3 and 7 and the result will be declared on November 10.