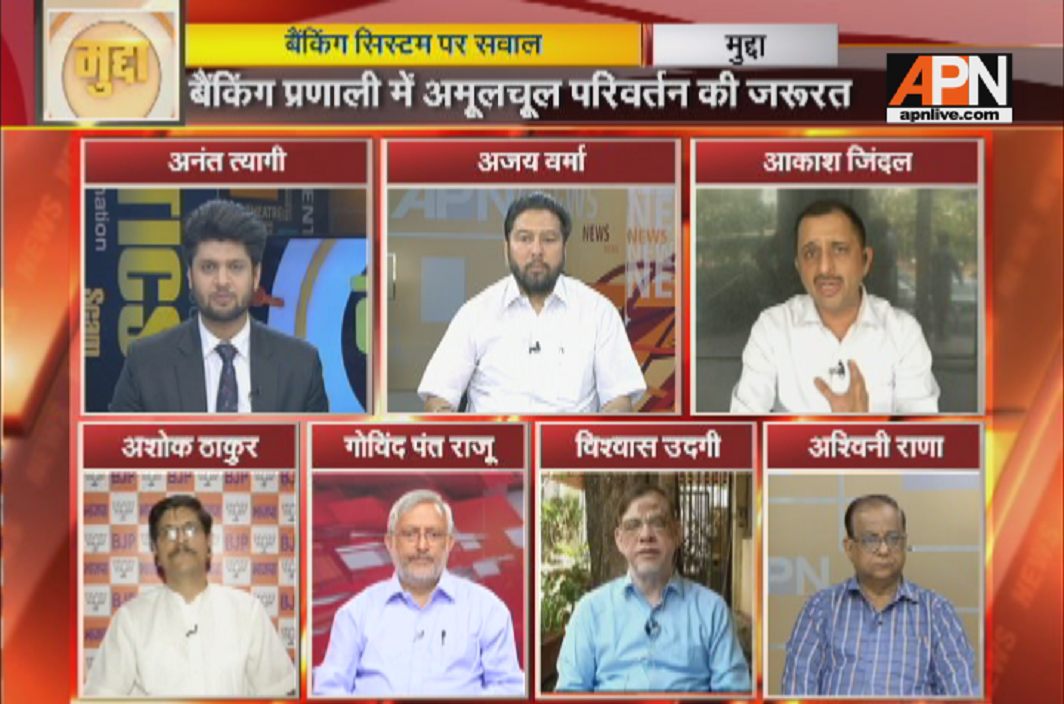 Mudda debates trust deficit due to bank frauds, says government must strategise on recovery of loans and act on war footing

Incidents of frauds in banks have been rising in the country. The crisis has caused serious trust deficit in the banking system. After huge fraud was unearthed in Punjab National Bank in February, a series of similar frauds are being reported from different banks.

Between April 2016 and March 2017, Indian lenders reported 12,533 cases of fraud totaling Rs 18,170 crore, according to a report by Institutional Investor Advisory Services.

KC Chakrabarty, former deputy governor of the Reserve Bank of India, has recently said, “Such high quantum of frauds can be attributed to weak internal controls, which are capable of leaving an indelible dent on the balance sheet of the bank.”

Ajay Verma, the spokesperson of Congress party said that the priority of the present government is to make “Congress Mukt Bharat” (India without congress) even if GDP of the country reduces to zero percent and trade is destroyed. He alleged that government is not taking care of the resources and potentials. He said that the intention of the ruling party has been maligned.

Vishwas Udgi, an expert of banking, said that the main problem lies in relaxing the terms and conditions of the big loans which reduces the chances of the return of the bank money. He alleged that RBI director has been careless in performing his duties. Similarly prominent bankers have also been busy in destroying the whole system. He suggested that country’s banking system needs reforms for restoring the public confidence.

Ashvini Rana, the Vice-President of National Organisation of Bank Workers (NOBW), said that things are improving by taking necessary actions against the people complicit in the frauds. He said that banks should analyze and strategize the recovery of the loans from all business houses including shell companies for improving the situation.

Participating in the debate Ashok Thakur, spokesperson of the ruling Bhartiya Janata party alleged that bank frauds were happening since 2004. However, he said that situation is being brought under control since the introduction of Mission Indradhanush in 2017. He alleged that Congress President Rahul Gandhi’s allegations against the present government were baseless.