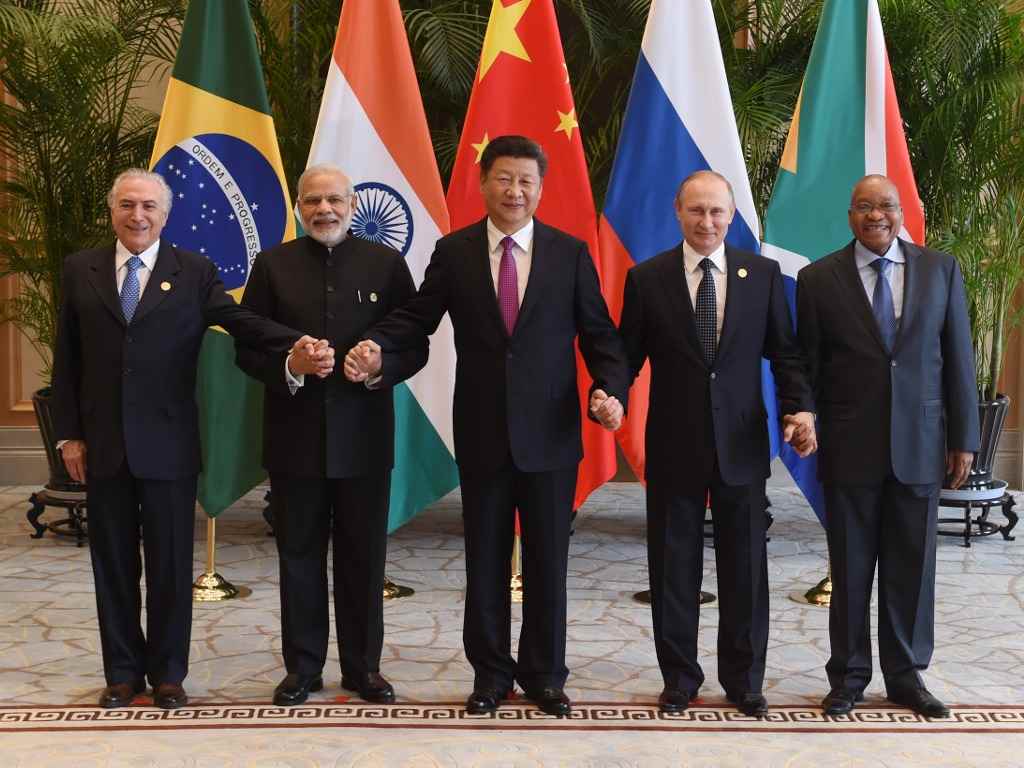 Two recent events will influence attitudes at the 9th BRICS summit at Xiamen, China, from September 3 to 5 – Doklam and Trump’s decision to send more troops to Afghanistan.

Beijing and Moscow have grave anxieties about terrorist groups, in the name of militant Islam, threatening their Xinxiang and Caucasus regions. They would therefore like terrorism to be an important theme at the summit.

So would New Delhi, but the Indian focus would be on Pakistan as the source of terror. The complication is that Pakistan has looked upon China as an all weather friend in recent years. Has skillful diplomacy, on all sides, defused the Doklam standoff sufficiently to prevent divergent approaches to Pakistan on terrorism come to the fore at the summit?

Moscow is cautious. Who knows how durable is the understanding reached over Doklam between Beijing, New Delhi.

That a RIC (Russia, India, China) Foreign Ministers conference is billed in New Delhi is a good sign. It was postponed in April because of heated exchanges between China and India over Dalai Lama’s weeklong visit to Arunachal Pradesh. Also, New Delhi had refused to attend the Belt and Road conference Beijing placed great store by. Indeed, New Delhi also prevailed on Thimpu not to attend.

Moscow and Beijing view Afghanistan as the centre where terrorist groups like the Islamic State can breed and threaten countries in the neighbourhood and beyond.

Since April 2016 a group of countries under the auspices of what came to be known as the Moscow initiative began to analyze the Taleban as an Afghan, nationalist category which was not fired by transnational aspirations like the IS and Al Qaeda. The Taleban, in other words, should be brought into the tent, to borrow Lyndon Johnson’s colourful expression.

This is a transformational design because so far the government in Kabul, Afghan security Forces, US and NATO Forces have targeted the Taleban as the enemy.

The use of this massive firepower, with western troop levels waxing and waning over the past 16 years, has not brought the alliance anywhere near victory. To the contrary, the terrain under Taleban control has grown exponentially. Defence Secretary James Mattis became only the umpteenth US official to declare before the media, his face in the lower mould: “we are losing.”

This candid acceptance of defeat in the longest war (16 years) ever waged by the US, has coincided with the Moscow led initiative to bring the Taleban into the Kabul power structure.

The Moscow initiative was designed against the backdrop of Trump’s chant of walking away from previous US policies of intervention and nation building. Since the US was withdrawing, as Trump kept reminding all and sundry, it made sense for Moscow, Beijing, Tehran, Islamabad and the Central Asian Republics, to shape their Afghan policies according to their strategic requirements.

In a White House where the Deep State is demonstrably the ventriloquist and Trump the puppet, a flip-flop in Afghan policy was announced last week: there will be no withdrawal but a minimal troop surge (less than 4,000 to augment 11,000 already on the ground) to enable Kabul to recover some of the vast swathes of the country from Taleban control. Somewhere in this pursuit of a military solution, a carrot has also been inserted: a channel for talks with Taleban will also be opened.

To dignify this US initiative, the Moscow initiative has to be rubbished. Russians have been arming the Taleban, goes the allegation from Washington. Russian Foreign Minister, Sergey Lavrov, clarified this and more at a Moscow Press conference.

Lavrov contrasted Moscow’s policy with that of Washington on contacts with Taleban. He gives two reasons for such contacts. First, Moscow needs to resolve practical issues on which security of Russian citizens and offices in Afghanistan depend.

“Second we are striving to encourage a dialogue between the Taleban and the government on the basis of criteria (this is important, he insists) established by the UN Security Council.”

According to this “criteria” the Taleban must break ties with terrorists, end the armed struggle and respect the Constitution of Afghanistan. Washington’s abrupt policy of connecting with Taleban is without any conditions.

The fine print the Russians read in the US script on Afghanistan is not difference from what Lavrov has openly said in other theatres of conflict. The US is not out to douse fires of militancy: it intends to preserve some of it as “assets” against rivals and enemies. Breeding of the Mujahideen to evict the Soviets from Afghanistan in the 80s was not a one time trick.

Trump’s Afghan surge, despite himself, also comes at a time when he has been persuaded by his hawks to ratchet up tensions with Russia. The Russian Consulate in San Francisco has been closed and two other Russian properties in Washington and New York have been ordered to be shut by September 2.

This being the big-power play in the region, how should New Delhi respond to Trump’s cajolery in Afghanistan? To frame policy, friends in South Block have to do no more than visit Saket in South Delhi. You cannot walk into Max hospital without coming face to face with an Afghan. By universal consent of doctors and other hospital staff, they are the most gentle patients. This outreach cannot be matched.

In front of the hospital, in Hauz Rani, a row of Afghan eating places has come up.

Pakistanis stepping out of Kabul’s Serena hotel do not wear Peshawari sandals and Pathan suits. They feel safer in trousers and bush shirts, looking like Indians. Hospitals, schools, roads and, above all, Bollywood have already won Afghan hearts. Nothing should be done to upturn this low key, common sense policy. Expeditious completion of Chabahar port in Iran, linking to Central Asia by a road through Afghanistan will be brilliant for commerce and for winning hearts and minds.

What must not be overlooked is the change in US policy towards New Delhi’s role. When President Barack Obama announced troop withdrawals from July 2011, the assumption was that Afghanistan would have been reasonably stabilized by that date.

US Force Commander Gen. Stanley McChrystal created something of a flutter in New Delhi. He said New Delhi’s popularity among the Afghans – because of development works – creates complications because it distracts Pakistan from its war on terror focus.

Washington’s new blandishments make one feel good but they would be more valuable if the reliability quotient of the occupant of the White House was a shade higher.

The principals sitting around the table at the Xiamen summit likewise will carry in their minds the image of what to each one of them is a very different kind of Presidency in Washington. No one quite knows what to make of it.