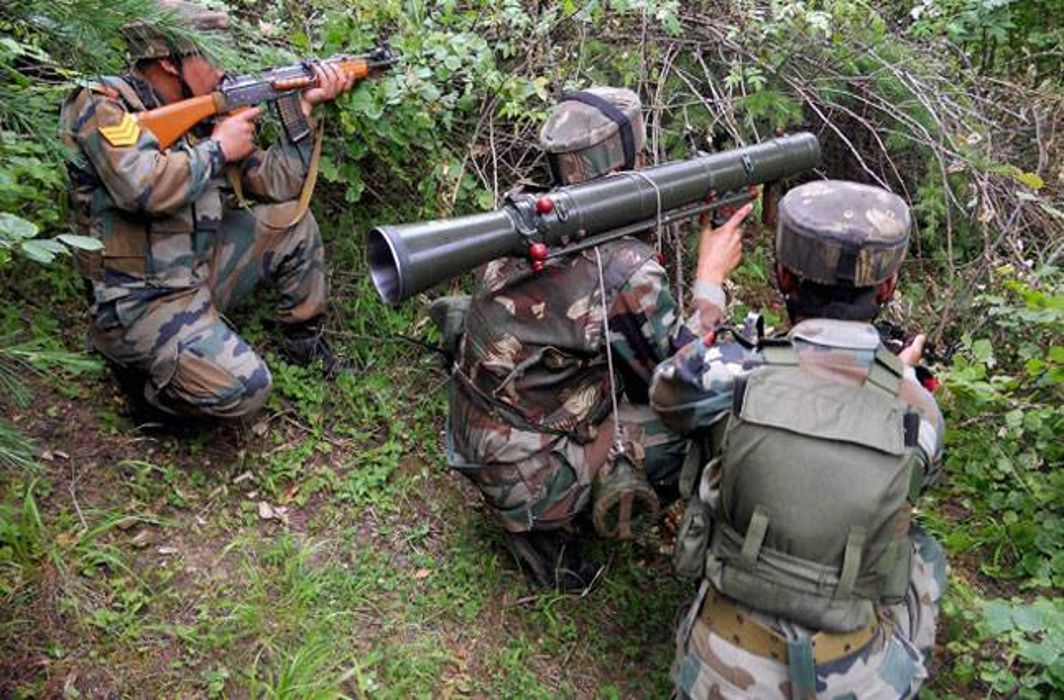 The Border Security Force (BSF) has hit back strongly against ceasefire violation by Pakistani troops, reportedly causing heavy casualties on the other side.

They were retaliating to heavy shelling and firing from across the border in civilian areas in RS Pura sector of Jammu and Kashmir, killing three, including a BSF jawan, and injuring 25 villagers.

The BSF damaged four Pakistani mortar positions, apparently resulting in heavy casualties on the opposite side, reported The Indian Express (IE), quoting sources who added, “We have seen ambulances moving at many places across the border opposite both these sectors.” They identified some of these areas as Kundanpur, Gadyal, Haria and Jagwal.

Four mortar positions on Pakistani side — from where Rangers were firing 82 mm and 60 mm mortars — are damaged, they said. A defence position in a farmhouse behind Harpal and Jagwal village, too, has been hit, they added.

A senior BSF official said that by the intensity of their retaliation and the number of ambulances moving on the Pakistani side, the “casualty across the border appears to be very high…somewhere between 20-25”, according to the IE report.

The BSF jawan killed on Friday was the second BSF personnel killed since Wednesday in repeated ceasefire violations by Pakistani troops.

Samba deputy commissioner Sheetal Nanda identified the jawan as head constable Jagpal Singh of 176 Battalion of the BSF, who was posted near the Chillyari outpost in Samba sector. He hailed from Rajasthan.

A police officer said two other BSF jawans suffered injuries in the shelling in Arnia, RS Pura, Ramgarh and Hiranagar subsectors of Jammu, Samba and Kathua districts along the International Border.

BSF and the local police have started evacuating local residents from Korotana Khurd and Nai Basti after a 12-year-old boy, Sahil Choudhary, was killed there in mortar shelling from across the border early Friday. A woman, named Bachno Devi, also was killed at Sai Khurd as Pakistani Rangers, after a brief night-long lull, resumed mortar shelling and small arms fire on the forward Indian positions along the international border in RS Pura, Arnia and Ramgarh sectors, reported IE.

Several people were also injured in mortar shelling by Pakistani Rangers at Indian positions and civilian areas at many places.

Media reports quoting official sources said firing from across the border resumed around 6.45 am and continued along the entire border, right from RS Pura in Jammu district to Basantar river in Samba district. It soon spread to areas in Hiranagar and Kathua.

Apart from the forward Border Out Posts (BOPs), the Rangers were targeting civilian areas, causing panic among villagers living near the international border, said media reports.

Additional deputy commissioner of Jammu district, Dr Arun Kumar Manhas, said schools within a 4 km radius of the border have been closed as a preventive measure. Panicked over the intense shelling, people of the affected areas are not venturing out of their houses.

Accusing Rangers of initiating unprovoked ceasefire violation along the border, Director General BSF K K Sharma had said that he has asked his troops to retaliate with “their full force” and “teach a lesson” to Pakistan. He had described the situation on the border as “tense”.