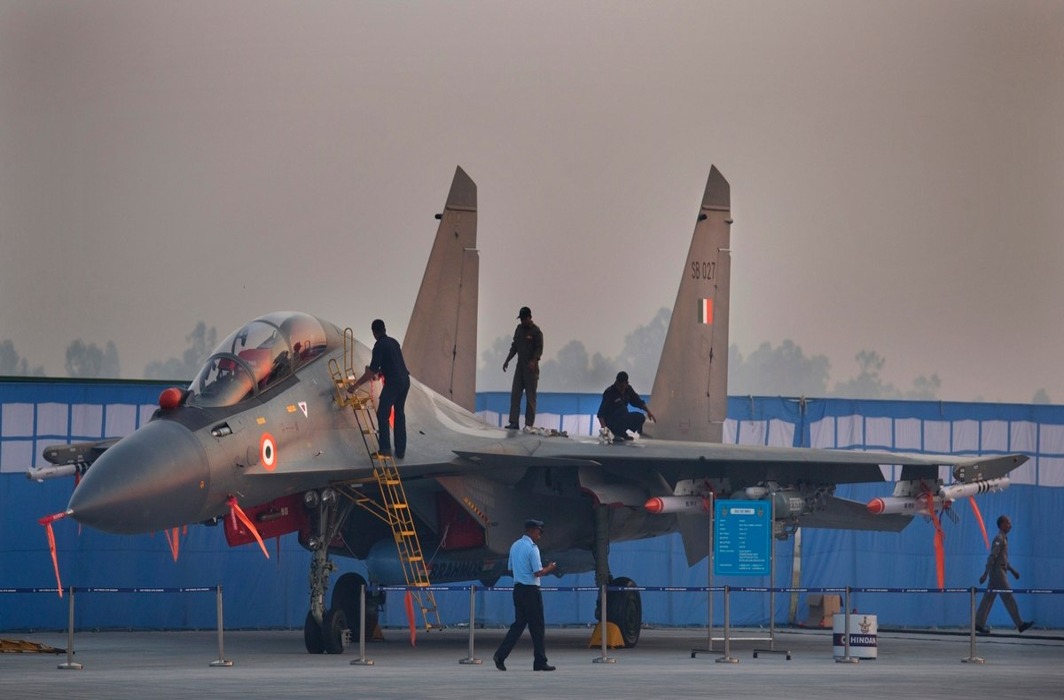 Manufacturing fighter jets at India’s public sector unit Hindustan Aeronautics Limited (HAL) is costlier than buying them from the the original equipment manufacturer (OEM) abroad, according to a defence ministry audit, reported The Hindustan Times (HT).

The report comes at a time when there is a raging controversy over Modi government dumping a deal being negotiated with Dassault Aviation of France for 126 Rafale jets, 108 of which were to be made in India by HAL, and going instead for a purchase of 36 fighter jets in fly-away condition with Anil Ambani’s Reliance Defence getting the offset contract.

The department of defence production is studying the document, said an officer aware of the development told HT.

The document, reported HT, says that Su-30MKI – the mainstay fighters of the Indian Air Force (IAF) which is manufactured by HAL under licence from Russia – is about Rs 150 crore costlier than the ones made in Russia.

Similarly, there is a huge cost difference between the cost of the Hawk trainer aircraft manufactured by British Aerospace and those made HAL.

After long and torturous negotiations, India bought British made Hawk jets to train pilots in 2004. Of the initial 62 Hawk jets, 24 were to be bought in a fly-away condition and the remaining were to be manufactured under licence by HAL. Each Hawk aircraft manufactured Britain in 2004 cost Rs 78 Crore. Those manufactured at HAL would have cost Rs 88 crore that year. The cost Hawk aircraft produced by HAL continued to increase. In 2010, the cost shot-up to Rs 98 crore and in 2016, Rs 153 crore.

The difference in price “is primarily due to lesser efficiency and exorbitant man hour rates,” the review has found.

The purchase of 126 Medium Multi-Role Rafale fighters being negotiated by the previous government, 108 would have been assembled in India by HAL, was scrapped because of high man hour cost at HAL, which would have needed 2.7 times more man-hours than the French company for each aircraft, said the HT report.

HAL disagreed with the interpretation of the report. Responding to queries, a spokesperson told HT, “Cost escalation from 2005 (for the Hawk jet) is normal. We also need to take into account the life-cycle cost of each product against off the shelf purchase from overseas.”

“The indigenous benefits, the ecosystem HAL creates for the larger benefit of the country should be factored in also. Importantly, staggered or small orders deny economies of scale to HAL,” said the spokesperson.

HAL also pointed to supply chain issues adding to cost. “Given that multiple agencies get involved in our manufacturing process, kit cost from OEMs and other delays like raw material and spare part supply issues, which are also endemic to the aerospace industry in India, the increase in cost must be evaluated in the right spirit,” the spokesperson added.