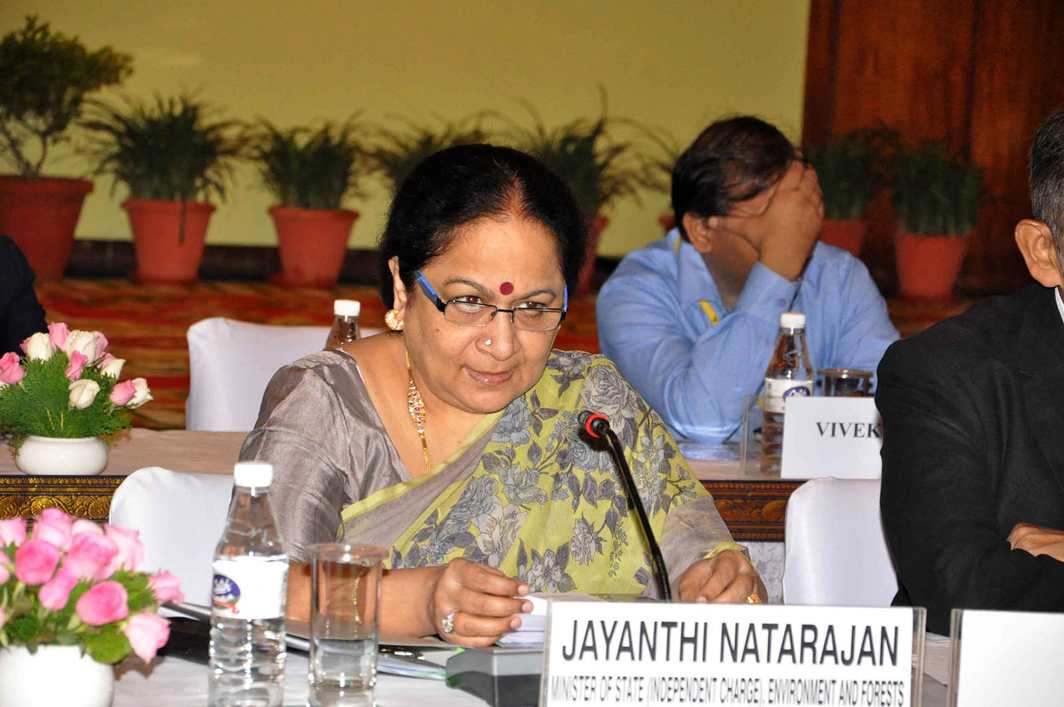 Searches in connection with Natarajan’s approval to divert 55.79 hectares of forest land in Jharkhand’s Singhbhum district in violation of the forest conservation law when she was minister

Former Union environment minister Jayanthi Natarajan – who had a bitter falling out with the Congress party in 2015 – was on Saturday raided by the Central Bureau of Investigation (CBI) in connection with a corruption case that raises serious questions over her decision to divert forest land in Jharkhand during her ministerial stint in UPA-II government.

The CBI has registered a case of corruption against Natarajan and raided her Chennai residence. The premier investigation agency has alleged that Natarajan, as Union environment minister in Dr Manmohan Singh’s UPA-II government, had abused her official position while giving clearances to Electosteel Casting Limited, a private company in Jharkhand, in violation of the existing mining laws, environment laws and directions of the Supreme Court.

“Jayanthi Natarajan accorded the approval for diversion of 55.79 hectares of forest land for non-forestry use to ECL, though the same had been rejected by the earlier minister of state (Jairam Ramesh)… without any change in the circumstances after rejection,” the CBI said in its FIR against the former Congress leader.

The central anti-corruption probe agency had registered five Preliminary Enquiries (PEs) in 2015 to probe alleged irregularities committed by Natarajan and others while giving clearances to several projects.

Soon after the irregularities had become public, Natarajan had sought to project her innocence by writing a damning letter to Congress president and UPA chairperson Sonia Gandhi alleging that all major decisions of her ministry were taken at the behest of party vice president Rahul Gandhi. Natarajan, who had been with the Congress for nearly 30 years and was once a close-aide of both Sonia and her husband, former Prime Minister Rajiv Gandhi, had also alleged that while Rahul had first asked her to protect the environment, he had then gone public and criticised her for stalling crucial development projects in the name of conserving the environment so that he could woo Indian industrialists in the run up to the 2014 Lok Sabha polls.

Natarajan had then quit the party after making a public outburst against Rahul and it though it was rumoured that she might be joining the BJP, the saffron party – along with some other political parties – had begun taking digs at the minister and the Congress party for imposing a “Jayanthi tax” on industries that sought forest and environment clearances from the UPA government during her stint as environment minister.

Natarajan had later also called on BJP national president Amit Shah but the saffron party, it was indicated then, was not keen on absorbing her because it was felt that the allegations against her could become a problem for the BJP at a later stage and also because she didn’t bring any substantial political strength to the table.

CBI sources said that Natarajan may soon be summoned for interrogation in the case and that former director of Electosteel, Umang Kejriwal, had also been named in the FIR.