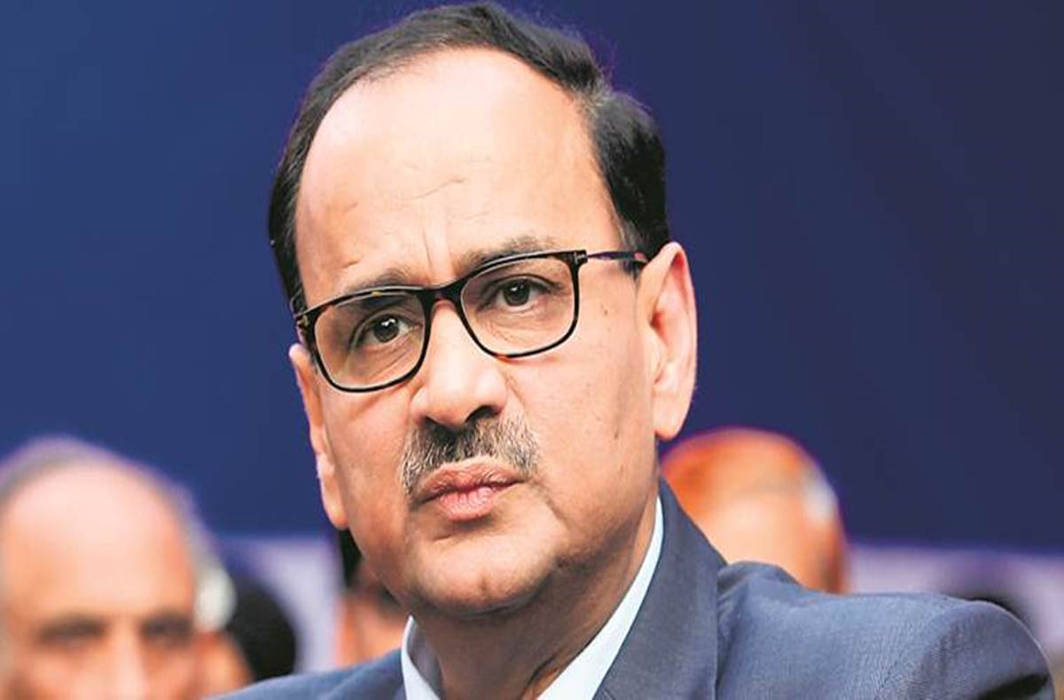 Others on the panel were Vigilance Commissioners TM Bhasin and Sharad Kumar. According to media reports quoting sources, Verma appeared before the CVC without any lawyer for the inquiry.

Yesterday, Verma met Chowdary and Kumar in connection with the inquiry. But the meeting of the inquiry committee to hear Verma was postponed to Friday due to the non-availability of one of the Vigilance Commissioners. A notice was served on Verma Wednesday to appear for the inquiry at Satarkata Bhawan the next day, CVC sources told The Indian Express.

Verma came to the CVC office early Friday morning and stayed there for about an hour, they said. He did not give any comment to the media waiting outside the CVC’s office.

On Thursday, Asthana had also met the CVC, besides Verma. He is understood to have given documentary evidence in support of his charges levelled against Verma, sources said.

A fortnight ago, Verma was divested of all responsibilities and sent on leave by the government along with Special Director Rakesh Asthana with whom he had been at loggerheads. In its order dated October 23, recommending that Verma be divested of his powers, the Commission had charged him with not cooperating in the inquiry against him as several files had not been furnished despite reminders. Asthana was also stripped of his powers pending inquiry.

Verma challenged the order in the Supreme Court and Asthana followed suit.

The Supreme Court had on October 26 asked the Central Vigilance Commission to complete within two weeks its inquiry into the allegations against Verma levelled by Asthana. The two weeks time limit ends on Sunday and the Supreme Court is scheduled to hear the matter on Monday.

Justice (retd) AK Patnaik has been asked by the Supreme Court to oversee the probe. The enquiry report, approved by Justice Patnaik, has to be submitted to the Supreme Court for the next hearing of petitions by Verma and NGO Common Cause on Monday.

The inquiry — as stated in the CVC order of October 23 which led to Verma being divested of all responsibilities by the government — pertains to allegations made against him by Asthana.

After completing the inquiry, the CVC has to submit its report to the Supreme Court. The next date of hearing has been fixed for November 12.

On August 24, Asthana, in his complaint to the Cabinet Secretary, levelled allegations against Verma that he got a bribe of Rs 2 crore from a businessman to help him get some relief from questioning in the matter.

The Commission had recently examined some CBI officials probing crucial cases which figured in Asthana’s complaint of corruption against the probe agency’s chief Verma, they said. The officials said CBI personnel from the rank of inspector up to superintendent of police were called and their versions recorded before a senior CVC official.

These officials, who had recorded their statements included those who had handled the Moin Qureshi bribery case, IRCTC scam involving former railway minister Lalu Prasad, and the cattle smuggling case in which a senior BSF officer was caught with wads of cash in Kerala.

The feud between Verma and Asthana escalated recently leading to registration of an FIR against the latter and others including Deputy Superintendent of Police Devender Kumar, who is in CBI custody in an alleged bribery case.

The CBI had, on October 15, registered an FIR against Asthana for allegedly receiving a bribe of Rs 2 crore from Hyderabad-based businessman Sana Sathish Babu which was given through two middlemen Manoj Prasad and Somesh Prasad to sabotage the probe against meat exporter Moin Qureshi. On August 24, Asthana, in his complaint to the Cabinet Secretary, levelled allegations against Verma that he got a bribe of Rs 2 crore from Sana to help him get some relief from questioning in the matter.