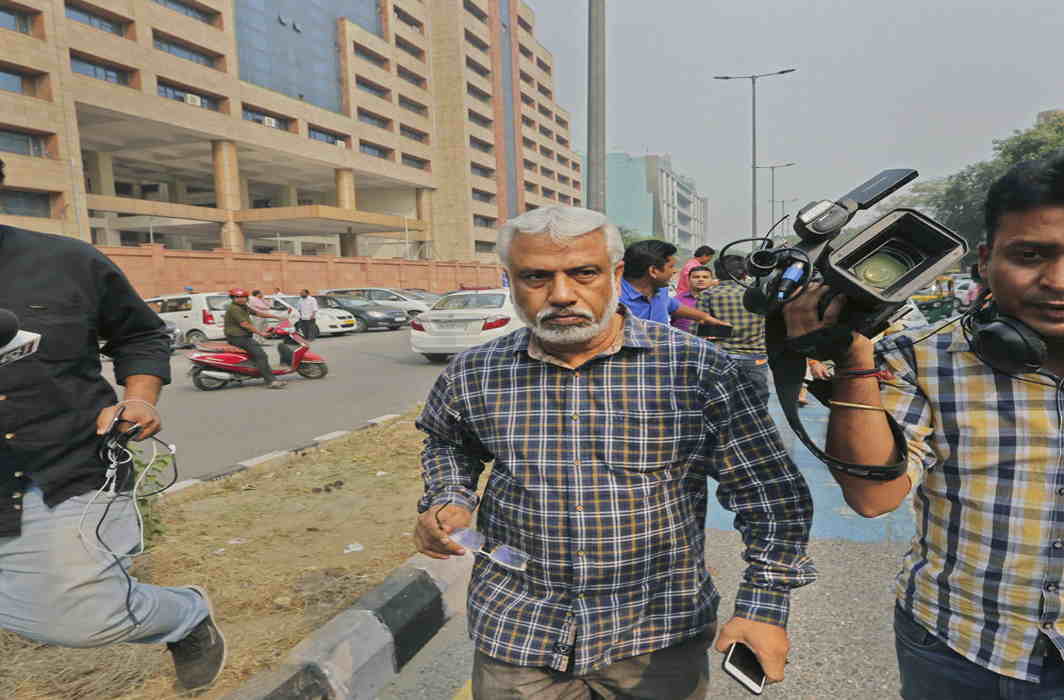 Claiming he has incriminating evidence against CBI special director Rakesh Asthana whom he had been investigating before he was transferred to Port Blair, the agency’s Deputy Superintendent of Police AK Bassi challenged the order in the Supreme Court today (Tuesday, October 30).

While the Supreme Court declined to hear his plea today saying it did not require unrgent hearing, in another, related case, it directed the Hyderabad Police to provide adequate security to businessman Satish Babu Sana, on whose complaint the bribery case was registered against Rakesh Asthana.

Controversial Hyderabad-based businessman Sana, who claimed to have paid Rs 3 crore in bribe to Rakesh Asthana and is now being referred to as whistleblower in the graft case linking Asthana to meat exporter Moin Qureshi, had moved the apex court, on Tuesday (October 30), claiming that there was a threat to his life.

In his petition, filed by advocate K Parameshwar and argued by senior advocate Raju Ramachandran before a bench of Chief Justice Ranjan Gogoi and Justices UU Lalit and KM Joseph, Sana has said that while he is willing to cooperate with the CBI’s ongoing probe against Asthana, he fears that he will be intimidated and threatened by the probe agency to withdraw/modify his statements already made against the special director, who is currently on leave as per government orders.

The SC bench refused to stay CBI summons against Sana and also rejected his plea for recording of his statement in presence of retired former Supreme Court judge AK Patnaik who it has appointed to oversee a time-bound vigilance inquiry against exiled CBI chief Alok Verma.

Sana’s claim of having paid Rs 3 crore in bribe to Asthana to have his name cleared from a corruption case linked to Qureshi was the basis of the unprecedented FIR registered by the CBI against its controversial special director.

The FIR became the flashpoint in the continuing feud between Asthana and CBI chief Alok Verma with the latter urging the Prime Minister to grant sanction to prosecute the special director.

The government reacted to the trading of charges between Verma and Asthana by sending both officers on leave, divesting them of all responsibilities and appointing M Nageswara Rao as the agency’s interim director. Verma has challenged the government’s decision in the Supreme Court.

On Tuesday, while the top court allowed Sana to seek police protection, it declined to grant a stay on the notice issued by the CBI to the businessman asking him to appear before it for questioning in the cases linked to Sana.

In related development, CBI officer AK Bassi who was heading the probe in six corruption cases against Asthana and was transferred to Port Blair by interim chief Rao last week also approached the CBI challenging the transfer orders.

The CBI DSP informed the top court that he has “incriminating evidence” against Asthana in six graft cases and pleaded that the court must call for “evidence of technical surveillance” already carried out against the special director. He also told the top court a special investigation team or SIT must be set up to probe the bribery allegations against Asthana.

It may be recalled that Bassi along with all other officers probing Asthana were transferred out of Delhi by Rao hours after he took over as the interim CBI chief. Rao had replaced these officers with CBI sleuths who are perceived to be close to Asthana.

The Supreme Court had later, while hearing Verma’s petition, restrained Rao from taking any policy decisions till the next date of hearing in the plea moved by the CBI chief which is scheduled for November 25. The mass transfers and other decisions taken by the interim chief will be scrutinized by the Supreme Court, which asked the government to submit all orders by Rao in a sealed envelope.

The Supreme Court declined to hear Bassi’s petition on Tuesday stating that it did not require an urgent hearing.