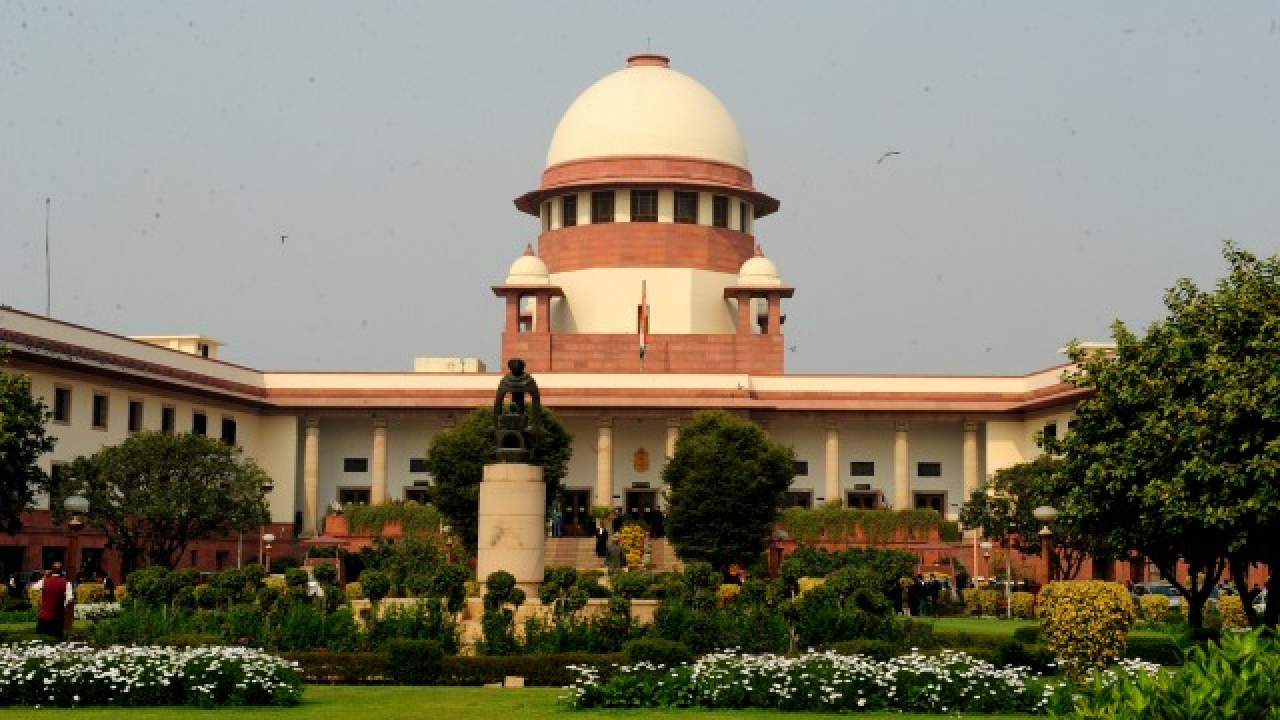 Hearings over, the Supreme Court today (Thursday, Dec 6) reserved its judgment on CBI Director Alok Verma’s plea challenging Modi government’s October 24 order divesting him of all powers and sending him on leave.

The Centre had sent him on leave along with his deputy, special director Rakesh Asthana against whom the CBI had registered a corruption case, while he had levelled similar allegations against his boss.

While hearing the plea Thursday, the three-judge bench of Chief Justice of India Ranjan Gogoi and Justices SK Kaul and KM Joseph questioned the government’s sudden move on Oct 23-24 night when the circumstances leading to it had been present since July.

Nariman, appearing for Verma, thought for a moment before replying that the court could indeed do so in exercise of its “inherent powers” as the final interpreter of the Constitution.

“The situation which prompted the CVC to take action against Alok Verma did not start overnight on October 23 (the day Verma was divested as CBI Director)… you (CVC) had tolerated him for two months… So what was it that required you to take a decision ‘overnight’ on October 23?” Chief Justice Gogoi asked Mehta.

The court persisted, asking why neither the CVC nor the government chose to take prior approval from the high-powered committee led by the Prime Minister before divesting Verma before the end of his two-year tenure.

The government and the CVC have vehemently argued that there was no need to consult the panel.

The court indicated the government and CVC were yet to come out with a reason for not consulting the panel.

“Alok Verma had two years’ tenure and was recommended by this committee. So if you wanted to divest him of something, why did you not consult the committee?” Chief Justice asked.

Mehta replied that had CVC not acted to contain the turmoil within the top CBI brass, it would have been held accountable for “dereliction of its duty” of superintendence over the CBI.

Mehta responded that the superintendence powers were “wide and plenary.”

Mehta told the court that it was incumbent upon the CVC to act with urgency against Verma because the “top officers of the CBI were investigating cases against each other” and “inaction (on part of the vigilance panel) would have been held as dereliction of duty”.

Mehta added that the decision to divest Verma of his charge was only an “interim measure” and did not amount to his transfer or suspension.

Responding to Nariman’s argument that ‘divestment’ of Verma amounted to his ‘transfer’ and this should not have been done without the prior approval of the panel, Mehta argued, “The word ‘transfer’ would mean a person is divested permanently from one place and invested permanently in an equivalent position in another place… On October 23, considering the seriousness of the allegations, we decided to do something (divestment) which was less than a transfer.”

He said unlike a transfer, divestment has no finality. “Here they (Verma and Asthana) have been asked to keep away from the office till CVC/government takes a call on them,” Mehta submitted.

Concluding his arguments, Mehta told the court that the CVC annual report was full of instances where the panel had taken action against CBI officials, adding that the decision against Verma wasn’t the first of its kind.

Attorney General KK Venugopal, who had concluded his arguments on behalf of the Centre during the proceedings on Wednesday, made some additional contentions after Mehta’s submissions. Responding to the Chief Justice’s slew of questions to Mehta on why the selection committee was not consulted before the decision was taken against Verma, Venugopal said that even if the matter had first been referred to the selection panel, its response would have been “this is not a transfer matter, so why place it before us.” The Attorney General said that Verma’s claim that the action against him was akin to a transfer was based on a “highly artificial” premise.

With submissions of all those opposing Verma’s petition over, his counsel, senior advocate Fali Nariman, began his rejoinder to the arguments placed before the bench.

Nariman rejected the contention of the respondents that the action against Verma did not amount to his transfer and that he continues to be the investigation agency’s chief. Arguing that transfer must not just mean sending an officer from one place to the other, Nariman said that a two-year tenure means that the incumbent must continue to have powers of the agency’s chief and “not just a visiting card and title.”

Nariman said that in the extant case, transfer should not be construed in its literal, ordinary sense, adding that “there is a law dictionary and an English dictionary… this matter is not about pay, perks and facilities as pointed out by the respondents (the Centre and the CVC)… what is the point if I am not allowed to perform my duties but have a two year tenure?”

Verma’s counsel said that the CBI director had been replaced by an interim chief in M Nageswara Rao. Nariman said that soon after Rao took over, he transferred a slew of officers who were probing Asthana. The senior advocate said that since all responsibilities of Verma as the CBI director had evidently been taken over by Rao, the Centre’s decision to send Verma on leave should be seen as a transfer order.

Senior advocate Dushyant Dave, appearing for an NGO that has sought reversal of the Centre’s order, made similar submissions and insisted that while the CVC is mandated under law to have superintendence over the CBI in cases registered under the Prevention of Corruption Act, it could not replace the CBI director.

Dave said that the mechanism of a selection committee to appoint the CBI director was a safeguard given by law and that the Parliament had not imagined that such a situation that arose in Verma’s case (where the CBI director and special director were involved in a public spat) and that the submissions made by the respondents – the Centre and the CVC – portrayed a dichotomy wherein each of them was claiming to have the power to divest the CBI chief of his charge.

Slamming the CVC, Dave told the court that the vigilance panel adopted different standards on similar facts while acting against Verma and Asthana. “The CVC rubbished the allegations against Asthana at the time of his appointment and said they can’t be acted upon unless proved. But in case of Verma, they acted promptly, without waiting for allegations to be proved,” Dave said, adding that the CVC must be scrupulously objective at all times.

Countering Attorney General KK Venugopal’s argument that the selection panel for the CBI director becomes redundant once the appointment has been made, Dave said: “the Attorney General submitted that the committee became functus officio but my submission is that it is the government that has become functus officio (with regard to appointment and transfer of the CBI director), in light of Section 4 (1) of the DSPE Act once the CBI chief is appointed.”

“You may call it (the action against Verma) suspension or transfer but the fact remains that the post of the CBI director is untouchable in the absence of a reference or approval of the selection committee,” Dave said, adding that there was “no exigency for the respondent to pass such an order at 2 hours past midnight… there is much more than meets the eye… Verma was being stopped from doing something.”

Senior advocate Kapil Sibal, appearing for Congress leader Mallikarjun Kharge, who is a member of the selection committee also comprising of the Prime Minister and Chief Justice of India, told the bench that if the arguments of the respondents are accepted then it would amount to giving unbridled powers to the Centre vis-à-vis the CBI chief’s appointment and effectively nullify the top court’s landmark Vineet Narain verdict.

The court also heard submissions by senior advocate Rajeev Dhavan, appearing for CBI officer AK Bassi who has challenged his transfer to Port Blair soon after the government divested Verma of his charge.

Bassi was heading the SIT constituted by Verma to investigate six cases of corruption against Rakesh Asthana. However, hours after M Nageswara Rao replaced Verma as the interim CBI chief, he transferred Bassi and all other members of the SIT probing Asthana, out of Delhi. Dhavan, however, limited his submissions on the action against Verma, stating that the Centre’s decision had turned the CBI upside down.

With arguments and rejoinders concluded, the bench reserved its order on Verma’s petition.

Verma’s two year term as CBI director is due to end on January 18. It now remains to be seen whether the Supreme Court reverses the Centre’s decision to divest Verma of his charge, and if it does, will Verma return to his job with a vengeance, expediting ongoing probes against Asthana and other sensitive cases, including one into the Rafale deal, which he was looking into when the Centre abruptly sent him on leave.